The Jaguar F-Type has been updated with a fresh look, a new infotainment system and world-first ReRun app that combines vehicle data with GoPro video to enhance the driving experience. 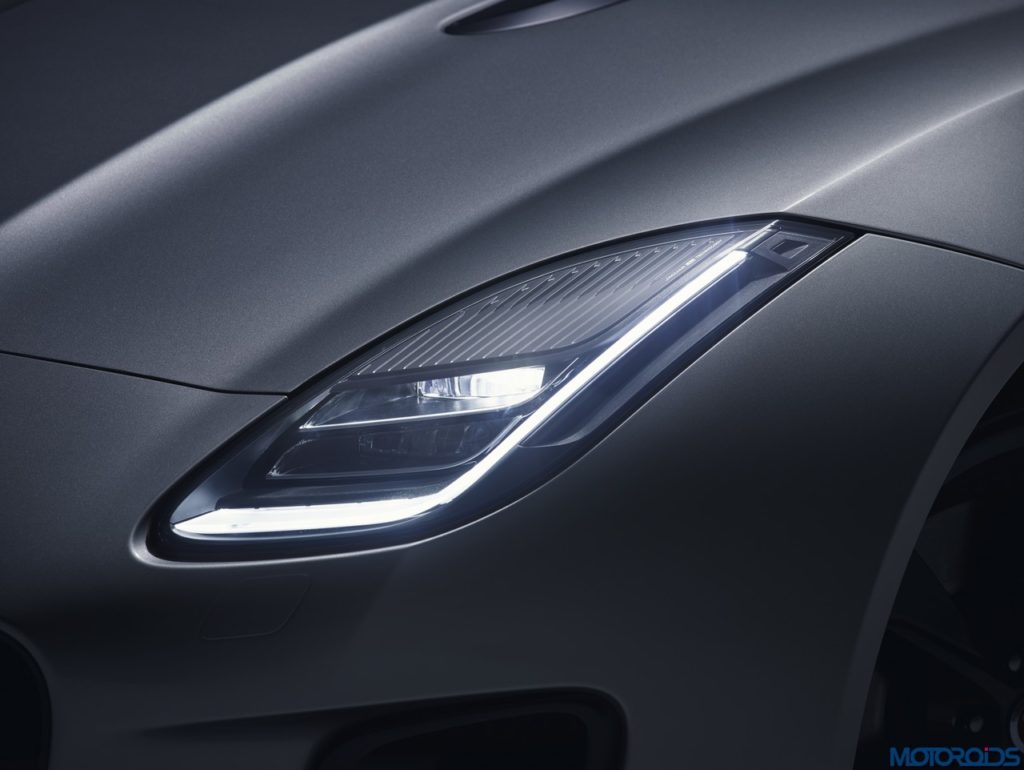 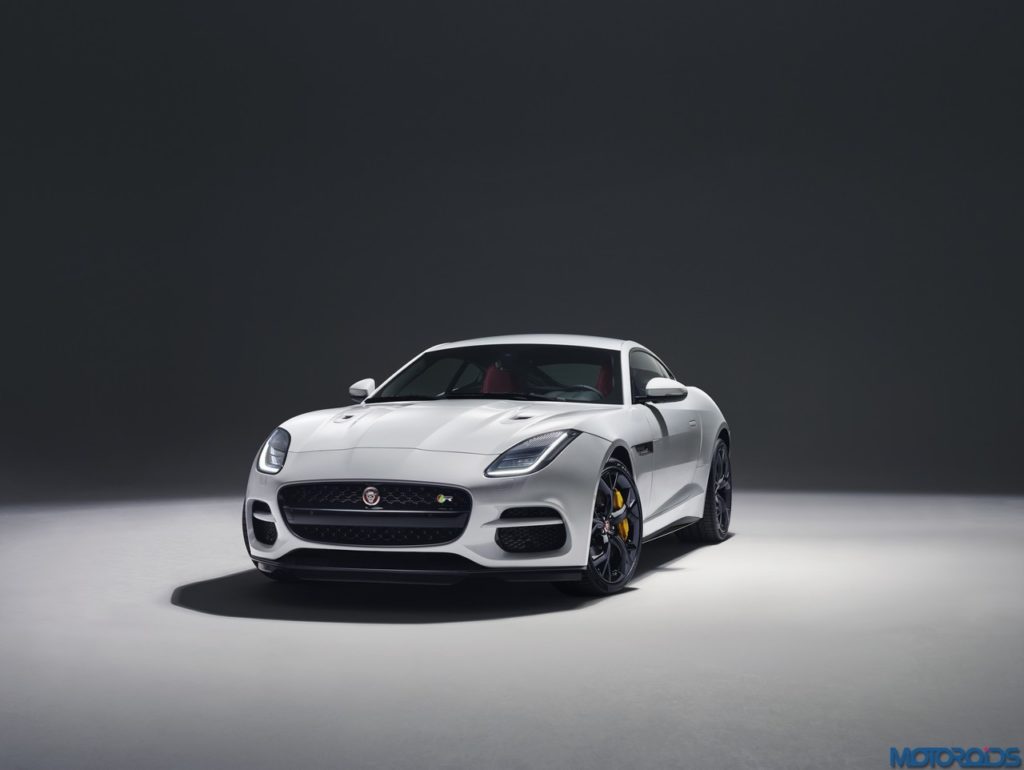 The V8 R variant features larger, wider apertures on the bumper with a horizontal blade, while the LED rear light clusters for all variants have been subtly updated too. The characteristic light graphic of a horizontal line intersecting a roundel is now accentuated by darker lenses. 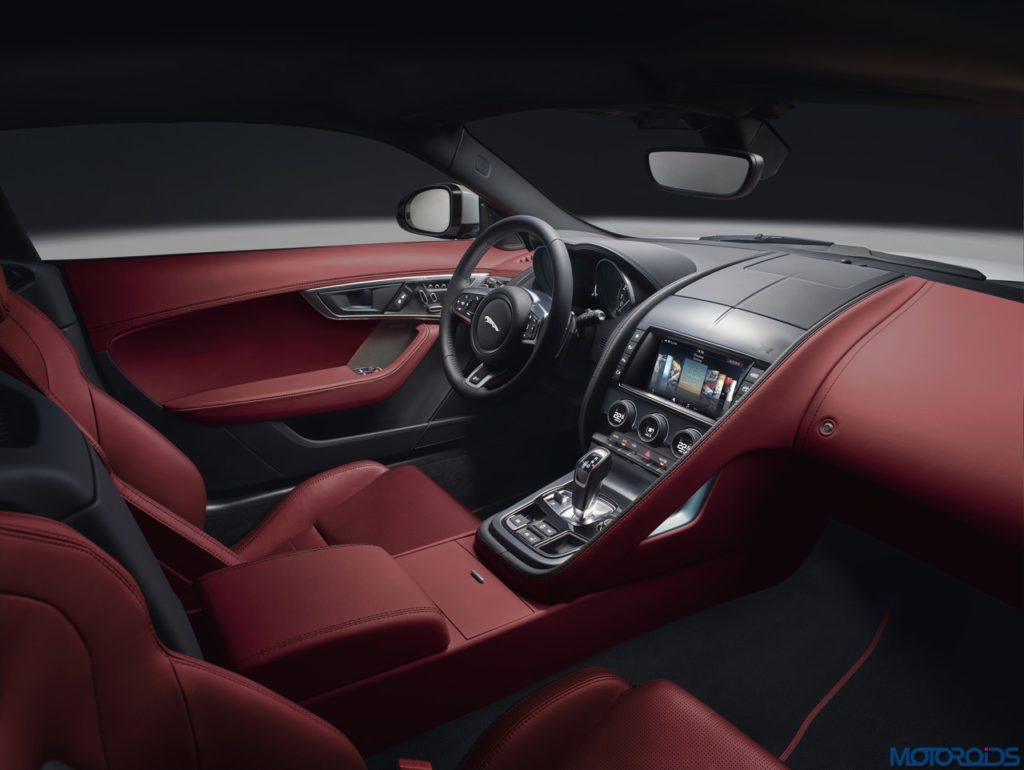 One of the most significant upgrades inside the 2018 Jaguar F-Type is the new lightweight slimline seats. The seat frames are pressure diecast magnesium alloy, allowing for weight savings of more than 8kg compared to their predecessors. 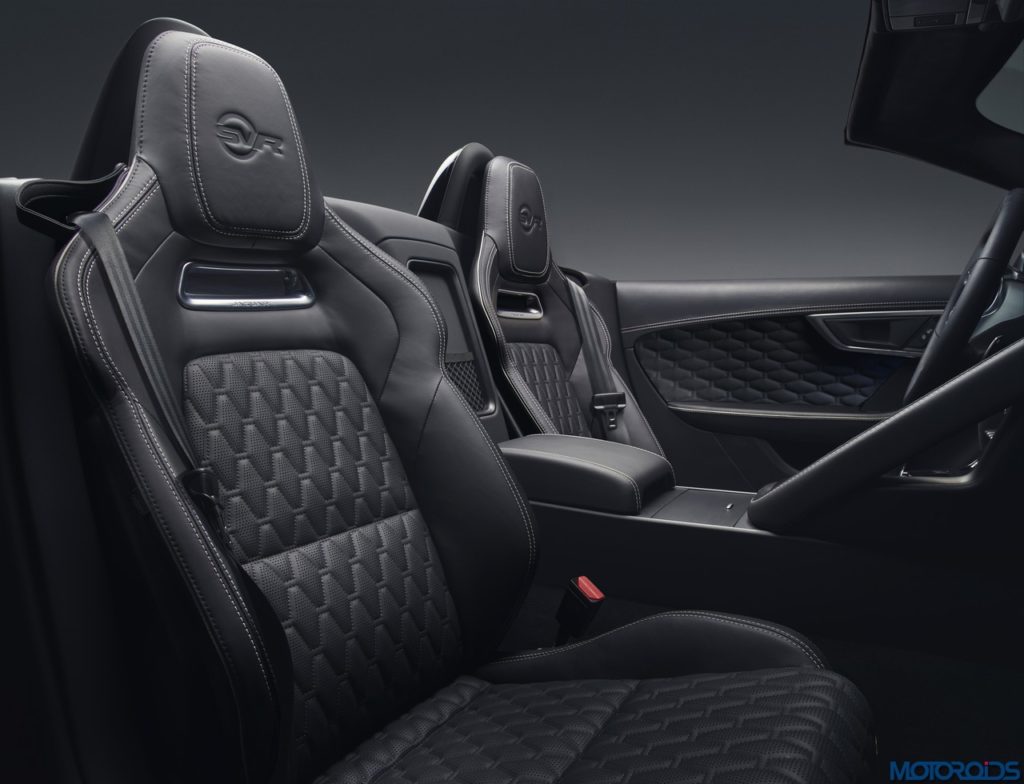 Apart from the new seats, the tan leather interior is now offered throughout the range. All models now feature a chrome finish on the engine-start button and gearshift paddles. A jewel-like accent is applied to the door switch packs, air vent bezels and steering wheel.

The centre console gains three new finishers to further differentiate the models in the range, while a carbon fibre console finisher is now available as an option across the range. 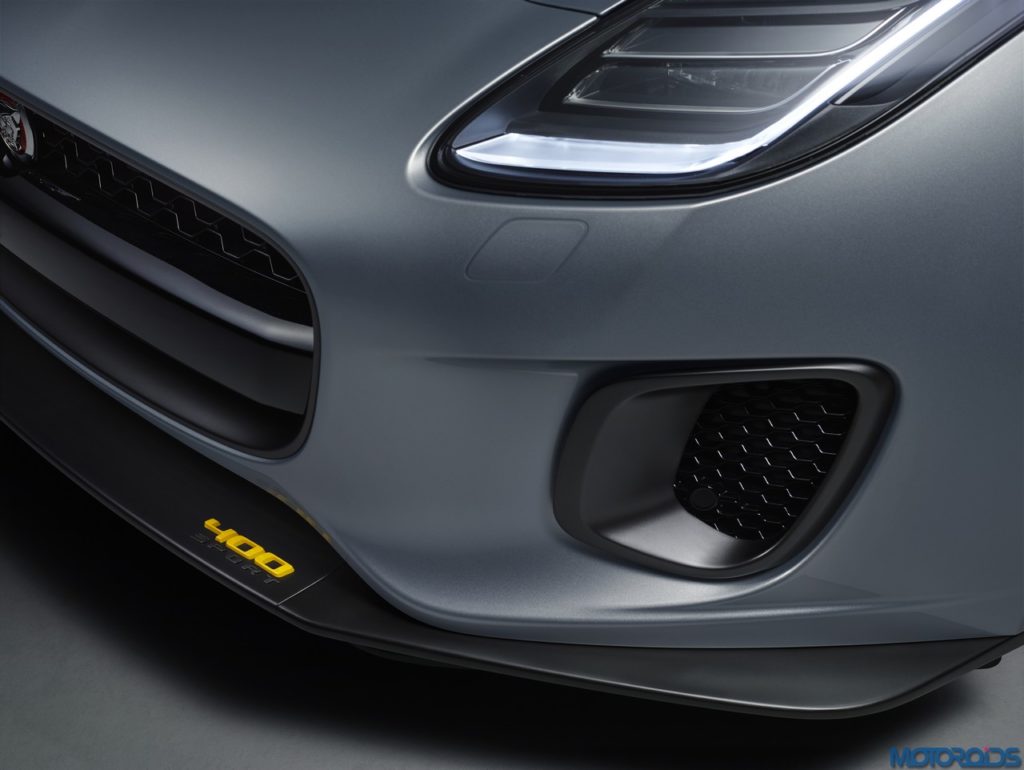 To mark the introduction of the new F-Type range, Jaguar has developed the exclusive 400 SPORT launch edition. Offered worldwide but for one model year only, the 400 SPORT features an uprated version of the supercharged 3.0-litre V6 with maximum power increased from 380PS to 400PS.

The F-Type 400 SPORT Launch Edition will be available with a choice between rear- and all-wheel drive systems, and all models benefit from the eight-speed Quickshift transmission and mechanical limited-slip differential. 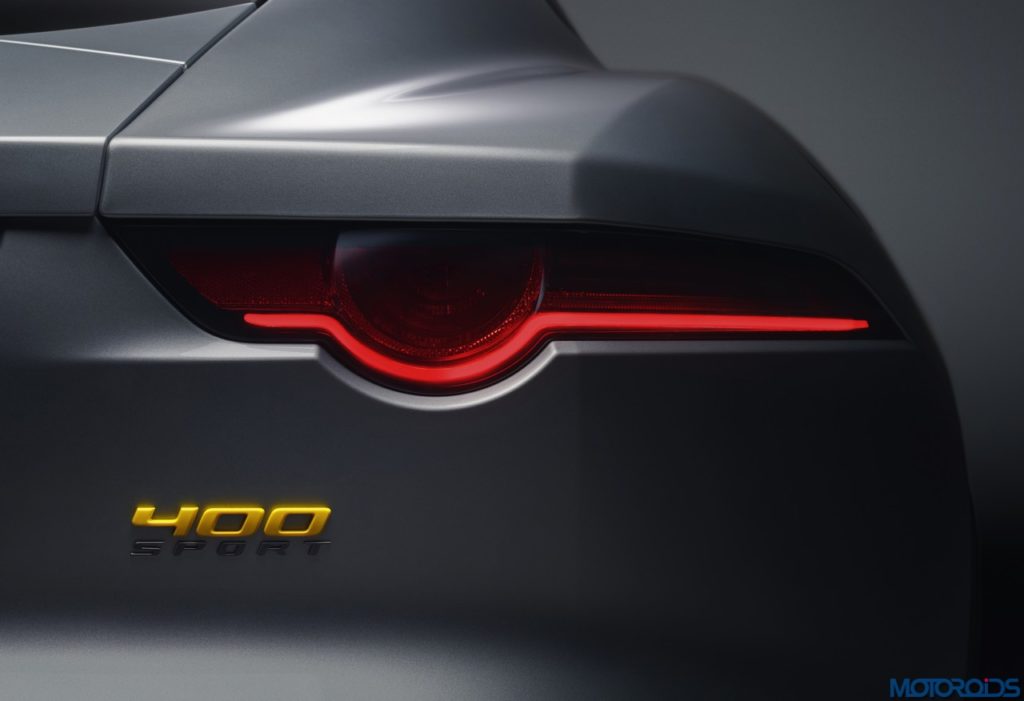 The F-Type 400 SPORT Launch Edition gets 400 SPORT badges on the front and a choice of new, exclusive paint finishes. It also features the Sport Design Pack comprising a more prominent front splitter, extended side sills and rear diffuser finished in grey. 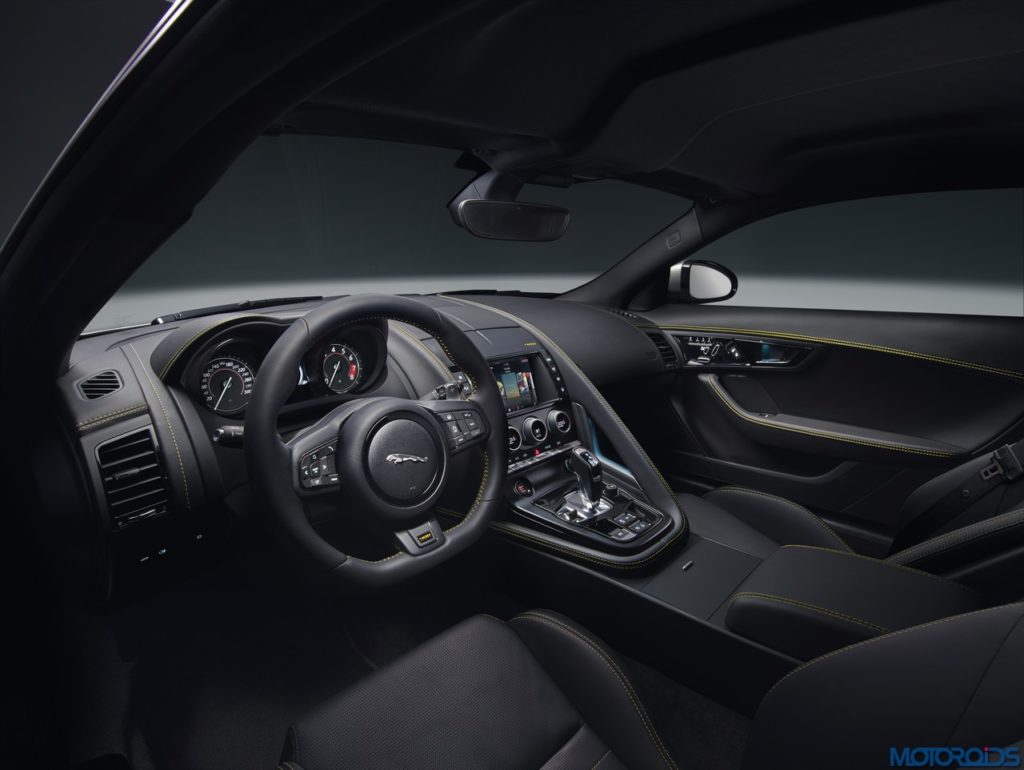 The cabin features yellow contrast stitching, and the 400 SPORT logo is embroidered into the headrests of the slimline seats with 12-way adjustment. Additional 400 SPORT branding is applied to the flat-bottomed steering wheel, black brushed aluminium centre console finisher and the sill treadplates. Anodised aluminium gearshift paddles are another highlight of the cockpit. 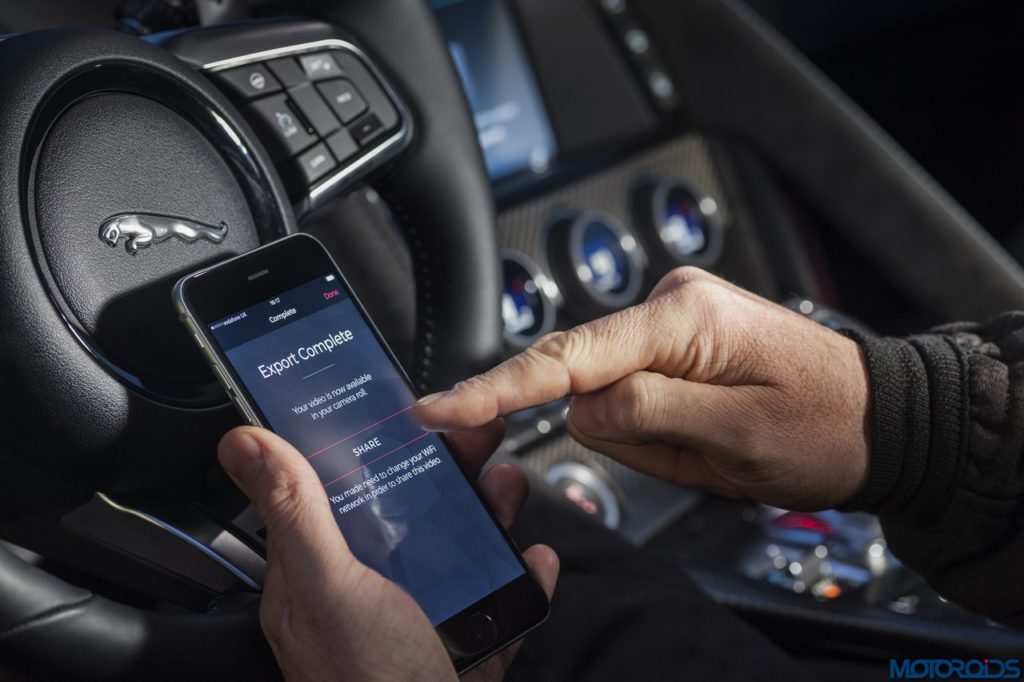 Drivers will be able to capture and share their driving experiences using the new ReRun app developed in collaboration with GoPro.

In a world-first, ReRun enables real-time video from the GoPro camera to be overlaid with key performance data from the new F-Type, including speed, throttle position, gear selection, braking force, g-force and steering wheel angle. The data is displayed using animated gauges.

With the smartphone connected wirelessly to the GoPro and to the new F-TYPE’s infotainment system via USB, drivers are ready to start recording. 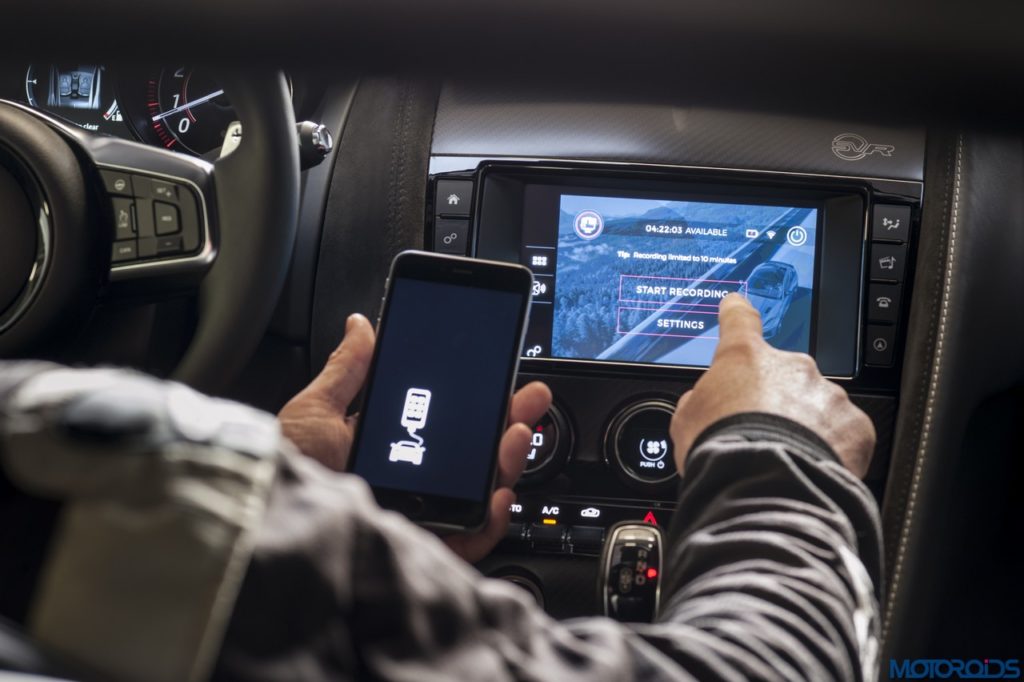 Performance data is taken directly from the vehicle’s electronic control networks to the ReRun app, allowing it to be overlaid in real-time with the footage from the GoPro. A feature analyses the data to capture highlights such as peak cornering and braking forces. 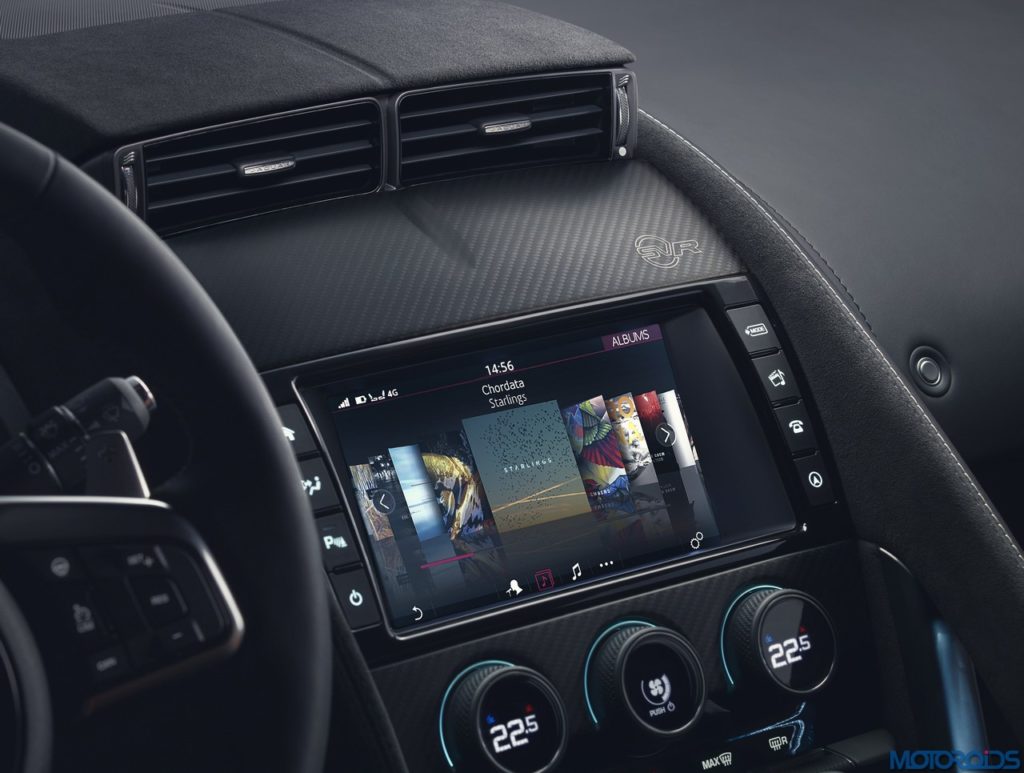 Touch Pro is the most advanced infotainment system ever offered by Jaguar and is now standard equipment across the entire F-TYPE range.