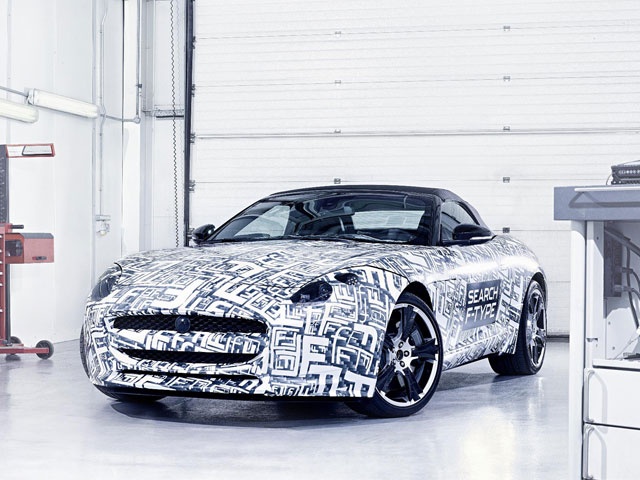 Jaguar F-Type, the long awaited two seater soft top convertible, and the successor to the legendary E-type would indeed be built. JLR have made the official announcement about the sports car’s production at the New York Auto Show. The new car will be built in the UK, at the company’s Castle Bromwich plant and will be launched mid-2013. The F-Type will be the fourth model in Jaguar’s lineup. Currently Jaguar makes the XF sports sedan, the XK Coupe / Convertible and the XJ luxury sedan. 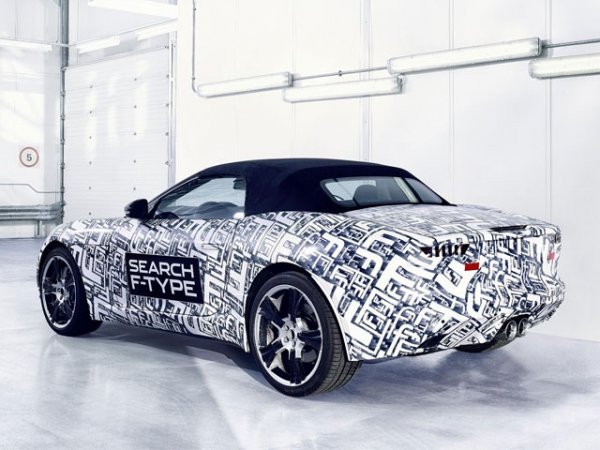 The F-type, based on the company’s C-X16 Conept, shown earlier at the Frankfurt Motor Show, will break cover in the times to come. For now, JLR has released some teaser images and a video, with the car completely camouflaged. The images give a very good insight into the shape of the machine though.

Even with the camouflage, the definition of the F-Type is pretty clear now. It will be a two seater soft top convertible. There won’t be any hard top coupe, or even a hard top convertible version for the car. We can expect lightweight engines delivering sprightly performance, but not pushing the limits. A 3 to 3.5 liter V6 sounds like an apt option for a car in this segment. 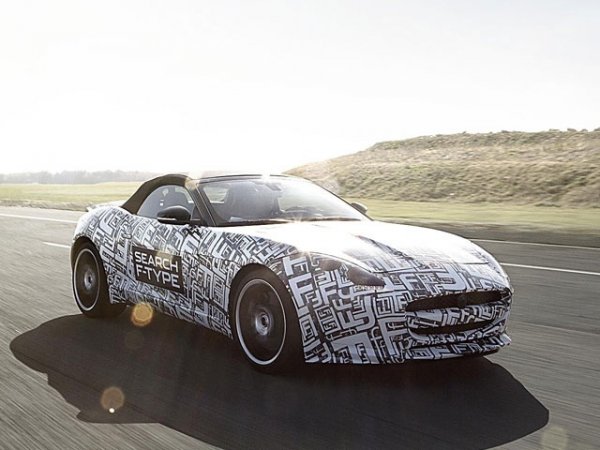 Ian Callum, Director of Design at Jaguar, said “The C-type, D-type and E-type Jaguars were all sports cars that held true to this principle in their era, and the F-TYPE will hold true to that same principle in its time, a time that is soon to arrive”