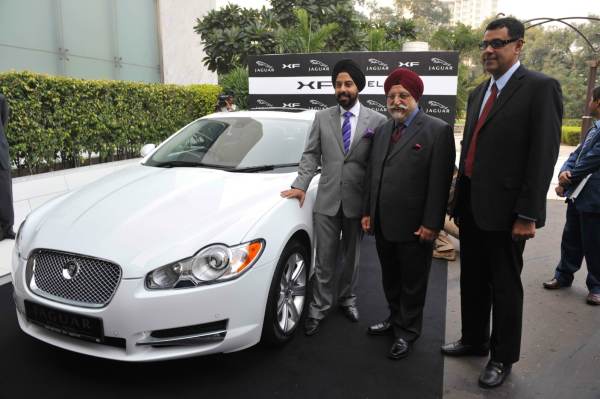 Jaguar has launched the diesel variant of its XF sports saloon in India. The diesel version follows the 5.0-litre naturally aspirated petrol version of the car and the supercharged version (XFR) launched in 2009. The XF has been highly acclaimed throughout the world for its beautiful lines and the right balance between dynamic ability and driving comfort. The new car is priced at Rs 48.37 lakhs Ex-Delhi.
The new V6 diesel engine powering the XF produces 275 PS of peak power along with a train-like 600Nm of peak torque. This engine is mated to a six-speed automatic transmission and is claimed to be capable of accelerating the car to 100km/h from a standstill in 6.4 seconds.

The new Diesel XF introduced in India has been customised by Jaguar engineers in the UK for the Indian market with ride height adapted for Indian conditions and a non-DPF diesel engine.