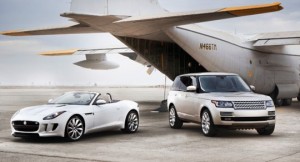 Tata Motors owned British car maker group Jaguar Land Rover sold a total of 28,503 vehicles last month- its best ever sales figure in month of April. With this, the company registered an increase of 12% versus the same period last year. During the first four months of the year, Jaguar Land Rover sold 143,974 vehicles, up 16%.

April sales were up for Jaguar Land Rover in every major region: with Asia Pacific up 37%, the UK up 32%, the China Region up 10%, North America up 6%, Europe up 2% and other overseas markets up 11% (including India which is up 6%). The same trend is reflected in the first four months of the year with sales up 21% in Asia Pacific, 20% in the UK, 18% in the China Region, 13% in North America, 8% in Europe and 22% in other overseas markets.
Phil Popham, Jaguar Land Rover’s Director of Group Sales Operations said: “This is a positive start to our second quarter sales and continues the growth trend seen in the first three months of the year.

“Sales of the Jaguar XF remain buoyant across many of our key markets and we are seeing the positive impact of the all new Range Rover with approaching 15,000 cars sold in the first four months of this year”.

In April, Jaguar sold 4,711 vehicles up 12%, with sales of the XF up 26% reflecting the impact of the V6 and 2.0l petrol engines and the AWD and Sportbrake derivatives. Markets which delivered strong performances in the month included: Australia up 78%, Korea up 47%, UK up 34%, China Region up 25% and Middle East and North Africa (MENA) up 27%.