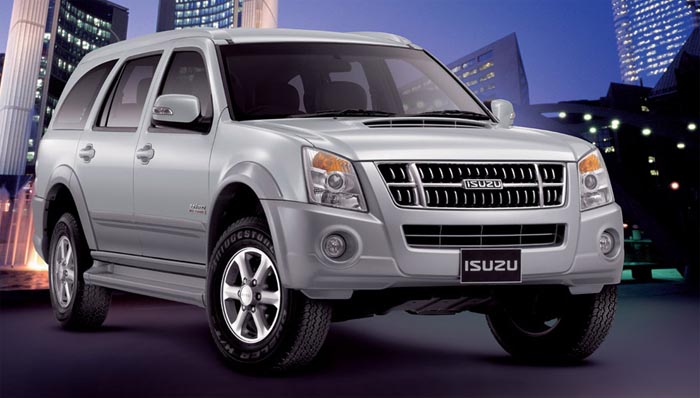 Indian car scene is fast heating up and various international manufacturers are busy readying themselves for entering Indian four wheeler market. Now, it has emerged that Isuzu is thinking on greeting our SUV hungry car market. Isuzu might be soon seen investing INR 1,000 crore for setting up a production facility in India. The car maker will initially bring its products to India via CKD route. One of the Isuzu vehicles that might come to us is the D-Max pick up truck. It may be noted that Chevrolet and Isuzu have co-developed a few products and the D-Max is essentially a re-badged Chevrolet Colorado. This pick up should become the second such vehicle to come to India, the first being the Chevrolet Tavera aka Isuzu Panther.

Another Isuzu vehicle that might come to us is a SUV based on the aforementioned pick up. The SUV version of the D-Max is called as MU7 and the vehicle, in all probability, will share its 175 bhp-380Nm 3 litre diesel engine with the pick-up sibling. The MU7 will be seen battling it out against the likes of popular Toyota Fortuner. Other than these, Isuzu might also develop a mini pick-up truck to rival the Tata Ace and the Mahindra Maxximo in Indian market.