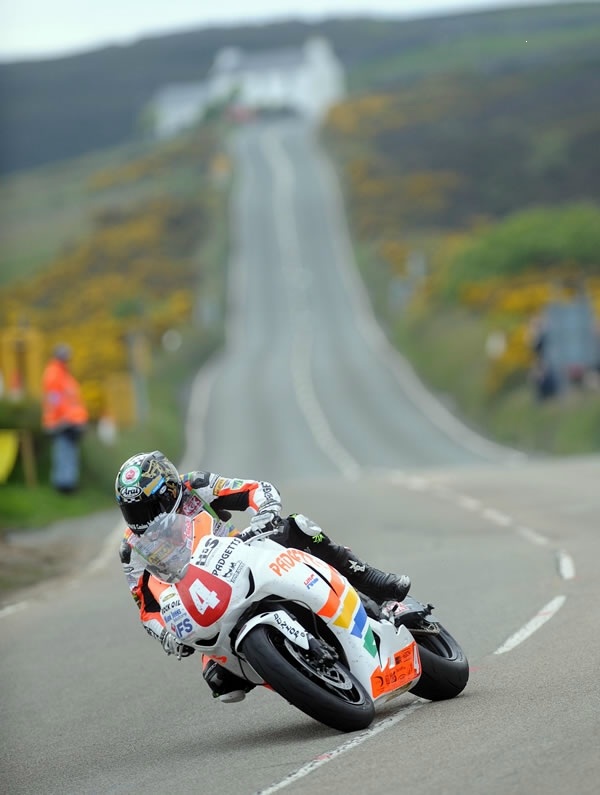 A pleasant, dry and sunny day on the Island meant that the 2010 Isle of Man TT Races were able to get underway on Monday and with near perfect conditions all around the Mountain Course, a near full session was completed. With wispy cloud gradually increasing as the day wore on, a slight breeze also helped keep flies to a minimum and, after a slight delay, the first machines were able to set off down Glencrutchery Road at 6.34pm.

Michael Dunlop and Cameron Donald had the honour of leading the field away, the former on his Supersport machine and the latter on his Superstock. They were followed in pairs by Ian Hutchinson and Ian Lougher, Ryan Farquhar and Guy Martin, Gary Johnson and Keith Amor, Michael Rutter and Bruce Anstey and then Adrian Archibald and Chris Palmer, the latter on his Supersport bike whilst Rutter and Lougher were the only other riders to be out on the red plated Superstock bikes. Next to go was John McGuinness and John Burrows, the TT legend setting off, as usual, a few riders from the front, both again on Superbikes.

Cameron Donald completed the first lap at 122.068mph, his first lap since his practice crash at Keppel Gate last year, but Guy Martin was quickest on the opening lap at 125.007mph. Other notable first lap speeds included Hutchinson at 123.160mph, McGuinness at 123.954mph and Cummins at 122.058mph. Michael Dunlop was the quickest on the Supersport machines at 120.199mph. Two riders out of luck though were James McCullagh and newcomer Gary May, both of whom stopped at Douglas Road Corner.

Many of the riders pulled in straightaway including Donald, Amor, Johnson and Dan Stewart but Martin, Dunlop, Anstey, McGuinness and Cummins were just a few of the established runners to go straight through. As expected, speeds increased second time around with Martin increasing to 127.056mph and McGuinness going slightly quicker at 127.090mph. Cummins and Anstey weren’t too far behind at 125.748mph and 125.655mph respectively whilst Dunlop was also impressing on the 600 at 123.960mph. 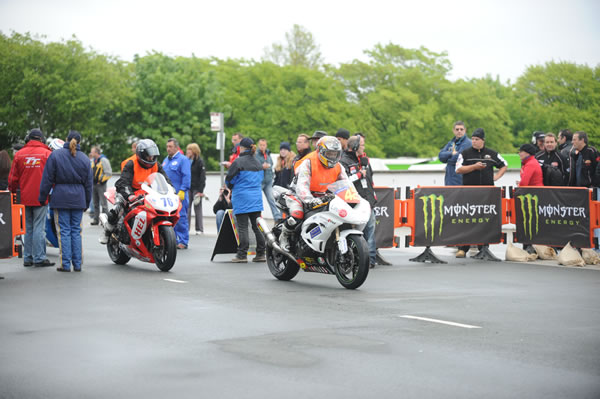 As the session wore on though, it was Hutchinson and Donald who climbed to the top of the leaderboard, the duo continuing on their Superbikes. Hutchy’s third lap was 126.867mph but on his fourth and final lap of the evening he put in an impressive lap of 128.302mph to jump to top of the leaderboard. Donald improved to 127.274mph with Archibald at 127.056mph and Anstey on 126.020mph. Meanwhile, Farquhar was impressing on the Superstock machine at 126.799mph whilst Olie Linsdell completed one lap on the Moto2 Honda at 115.02mph. David Johnson and Stephen Thompson were the best of the newcomers, the Australian lapping at a highly impressive 113.020mph. Thompson was second quickest of the first timers at 109.685mph followed by Brian McCormack at 107.122 and Tony Czyzewski at 106.617mph. Johnson also lapped above 110mph on his 600cc machine, Brandon Cretu the second quickest here on 104.540mph.

In the F2 Sidecars, Dave Molyneux/Patrick Farrance led the field away followed by John Holden/Andy Winkle, Tim Reeves/Dipash Chauhan, Klaus Klaffenbock/Dan Sayle, Simon Neary/Paul Knapton and Conrad Harrison/Kerry Williams. Holden was first back at 111.323mph and carried on for a second lap whilst Molyneux recorded 108.333mph before pulling straight in. However, it was Klaffenbock who was quickest at 111.324mph and he improved to 111.761mph second time around, Holden also going quicker at 111.576mph. Neary was also above 110mph but Reeves was out of luck stopping at Barregarrow with Greg Lambert pulling in at the Creg and Bill Currie at Appledene.

Overnight rain is forecast but conditions are expected to improve throughout Tuesday so we should be set for another fine session and with speeds already at a high level, more is expected from the leading contenders. 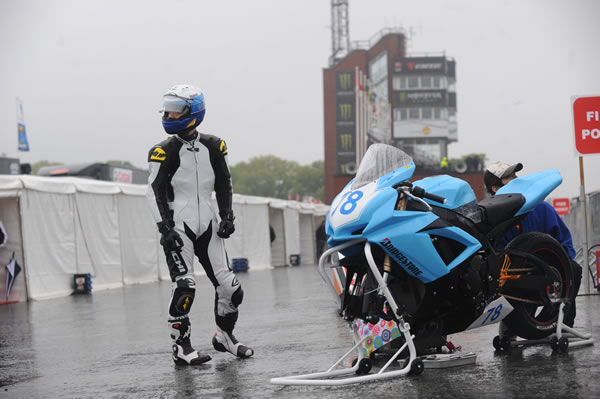