Home Maruti Suzuki Is this the new 2013 Wagon R facelift? 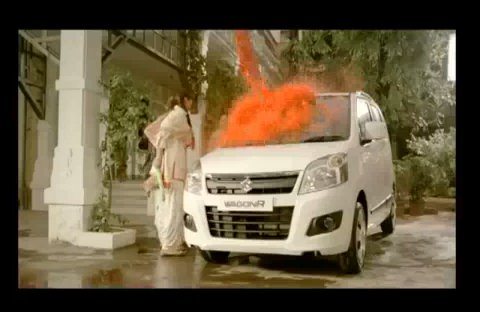 Seems like Maruti Suzuki has deliberately let out the images of the 2013 Wagon R facelift to create some buzz about the facelifted version of its popular tall boy hatch. The screen grabs you see here, extracted from a Maruti Suzuki TV commercial have some images of a Wagon R which is quite different from the model currently on sale. The featured model has a slimmer radiator grille with a single slat running across it and holding the Suzuki badge in place. Apart from that, the car also has a new, bigger central air dam and new housings for fog lamps. There is a shot in the video which captures the rear end of the car as well – the car looks similar to the current car from that angle. 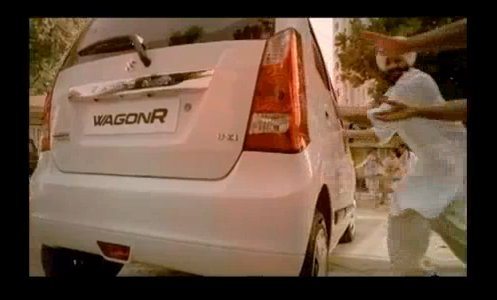 It’s been a few years since the Wagon R was launched, and the time seems right for Maruti to introduce a facelift. While we can’t be sure, the model featured in the ad may just be the upgrade. Maruti Suzuki may also make some cosmetic changes to the interior of the car. Apart from the cosmetic changes, it would be interesting to see whether Maruti introduces the much awaited diesel engine to the car. It’s expected to be the same unit which currently powers the Chevrolet Beat. 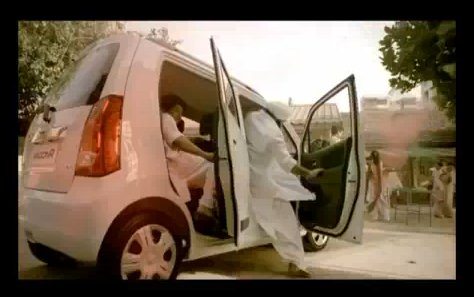 Stay tuned as we gather more information about the new car.