Home News Is this how Maserati LaMaserati would look like? 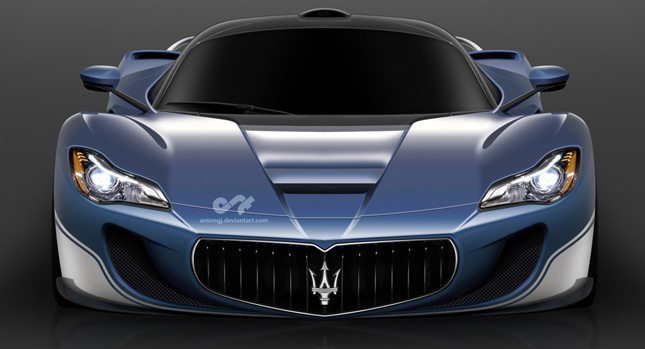 We have posted a fair bit of news related to the LaFerrari hypercar from the Maranello based popular supercar maker. Regulars here would remember that we also posted when it emerged that the Italian premium car maker Maserati might soon come up with a new supercar based on the LaFerrari. It may be noted that both Ferrari and Maserati come under the Fiat Group’s umbrella.

Now, a rendering of the upcoming Maserati hypercar has emerged on the cyberspace. The rendering gives a good hint at what the actual car might look like.

The new Maserati supercar will borrow the chassis, suspension, electricals and a lot many other components from the latest Ferrari hypercar. However, the Maserati supercar would sport completely re-styled exteriors and a less powerful engine.

In all probability, Maserati will make use of the LaFerrari’s 6.3-litre V12 engine but will not employ the electric motors that further boost the power output. This means that the Maserati will have around 750-800PS of power and 700 Nm of torque. The other possibility is that Maserati’s new supercar might use the Quattroporte’s 3.8-litre V8 engine, albeit, with two more turbochargers to have a power output of almost 900 PS.

It is being said that the styling of the new Maserati supercar might be inspired from that of the 2006 Maserati Birdcage Concept. The Maserati supercar is being expected to be lighter than the donor car. This is because of the fact that Maserati won’t have to use heavy battery packs. The production of the Maserati supercar will be limited to 50 units and we wonder if it would be christened as LaMaseari.