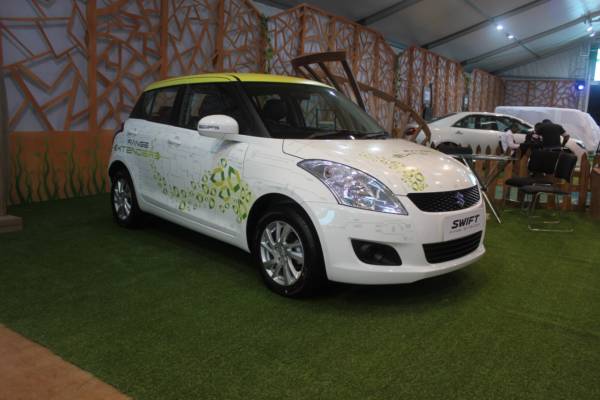 The Maruti Swift Hybrid Range Extender was recently spotted in India with red number plate on them which has lead to believe that the Indian car maker might be planning to introduce this highly fuel efficient hybrids in the subcontinent. As many as three cars were recently caught on camera with one of the cars attached with a red number plate.

First displayed at the International Green Mobility Expo in India, the Swift Hybrid Range Extender recently participated in World Environment Day on June 5, 2015 and there is a good possibility that these cars were visiting the sub continent as part of the event. But it is the red number plate that caught everyone’s attention and it would not be completely incorrect to believe that Maruti might be considering this model for the Indian market in times to come. 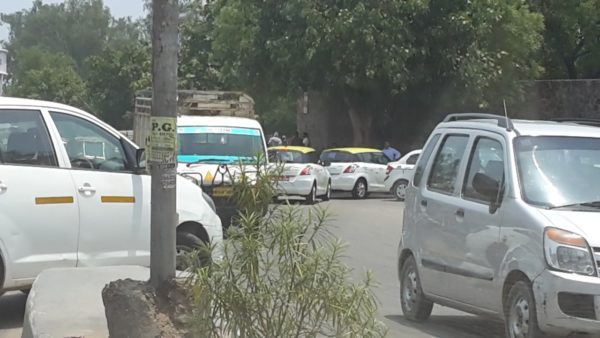 Mechanically, the Swift Range Extender comes equipped with a 658cc three-pot petrol engine and a front-axle mounted 55KW electric motor, which is powered by a 5kWh lithium ion battery. The combined power output from both, the petrol and electric motor, is rated at 73 bhp.

According to Maruti’s internal tests, the Swift Range Extender is said to deliver a fuel economy of 48.2 kmpl. The Swift Hybrid Range Extender can also drive for upto 25 kms only on electric motor. The car weighs as much as 1,600 kgs which might be a drawback but let’s not go down that road till we actually drive the car.