Spy images of the Hyundai Santa Fe facelift have been doing the rounds on the interweb. Now, the Korean carmaker has dropped the curtains on its popular SUV and revealed it officially. The facelifted SUV is now called the ‘Santa Fe Prime’ in South Korea. This isn’t just a cosmetic touch-up for the Santa Fe. Hyundai has given the SUV some mechanical changes, added even more features and of course, made a few nips tucks here and there. 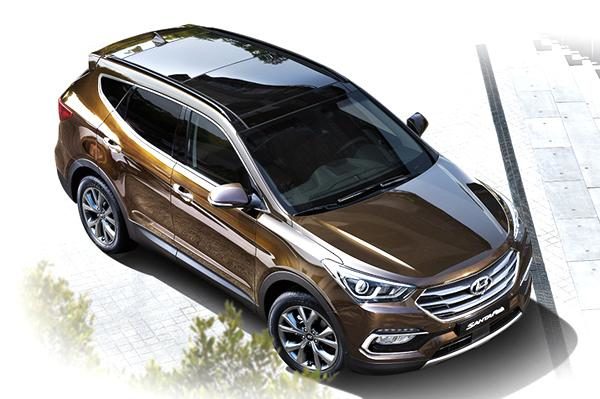 For the latest iteration, Hyundai has given the Santa Fe new bumpers and a revised front grille. The bumpers also get some chrome garnish and rear foglights. The headlights now get Bi-xenon projector units, LED guide lights and there’s also LED daytime-running lights in the bumper. The headlights now get a Dynamic Bending feature and High-Beam Assist. 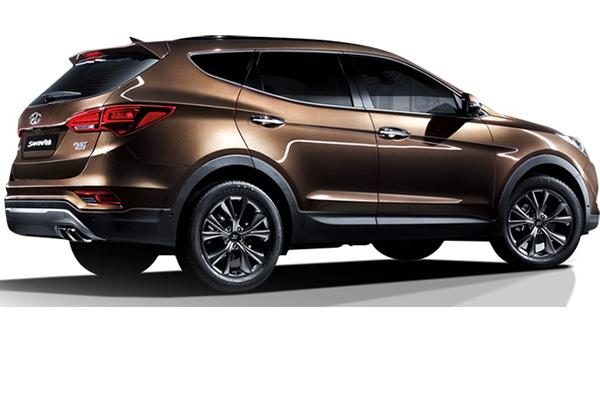 The Hyundai Santa Fe facelift comes with restyled 18 and 19-inch alloy wheels. The cabin of the facelifted Santa Fe gets very little in the way of changes or modifications. That said, the new model can be had with a new surround-sound system by JBL and a panoramic sunroof. Hyundai is also offering a 360-degree camera system to make parking easier and automatic emergency braking to mitigate collisions.

The taillights now get some LED treatment.

Hyundai has not made any changes to the outgoing 2.0 and 2.2-litre 4-banger oil burners. The latter makes 197 PS and 420 Nm of torque for the car with the manual, and 436 Nm when mated to the autobox. However, the carmaker has managed to make the engines cleaner, thus lower the emissions. Hyundai claims to have also worked on the engine’s responsiveness and vibrations. It is likely that Hyundai will bring in the facelifted 2016 Santa Fe to India somewhere in 2015. The SUV comes to Indian shores via the CBU route.

In the meanwhile, click here for our thorough review of the Hyundai Santa Fe 2.2 4WD.