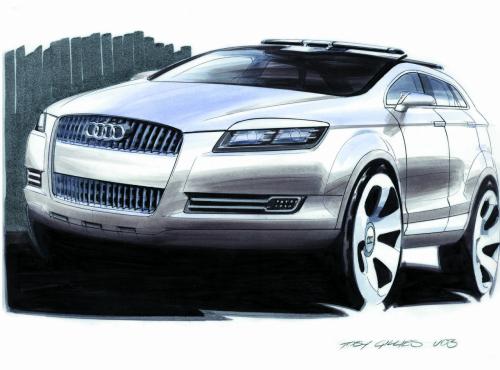 With every car maker trying hard to impress with their own version of a sedan-suv crossover, BMW made it look easy with the X6. This phenomenal success of the BMW X6 world-wide has made the guys at Audi to think of introducing a new car in the segment where the X6 stands.

Audi CEO Rupert Stadler told the German press “We can imagine a model between the Q5 and the Q7 . . . a coupe-like, four-wheel-drive model.” With very limited and discreet information on the in between model for Q5 and Q7 we speculate that the new car say Q6 will carry over the engine options from its big brother Q7. Also expect a hybrid version of this car which will work on similar lines as the VW Touareg and Porsche Cayenne hybrid. The hybrid to be installed in the Q6 is whispered to be the turbocharged 4.0-liter V8 from the upcoming Audi S6.

Well we can’t wait to see how Audi shapes this car. What do you think will the Audi Q6 put a fight a better fight for the BMW X6?