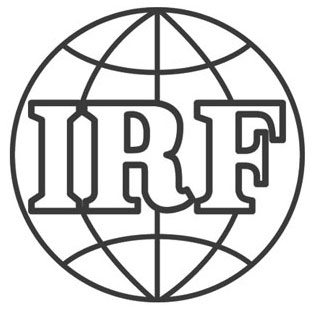 International Road Federation (IRF), world wide forum for advocating better and safer roads has  welcomed the Delhi government move to amend the  motor vehicle  Act 1993 to ensure safety of woman pillion riders on two wheelers by making it mandatory for them to wear helmets.

“ International Road Federation (IRF) has been campaigning and advocating for wearing of helmet for all sections  of society irrespective of their caste,  religion, creed and gender in India. The Central  Motor Vehicle Act,had the provision of compulsory wearing of helmet by all pillion riders on two wheelers, but the Delhi government had made it optional in its Motor Vehicle Rules 1993. Delhi LG  Najeeb Jung’s move is welcome and will help reduce women pillion riders accidents  ” Said Mr K.K.Kapila, Chairman, International Road Federation, (IRF).

“Delhi government can follow the criteria of Punjab and Chandigarh government exempting sikh men/women wearing   turban/patka/Dastar from wearing helmet. Delhi has very less population of Sikhs compared to Punjab which has more than 70 %  population as Sikh. More over at the  time of  any mishap will not consider his religious credentials if his bike skids or collides with a vehicle.”Mr Kapila said.

“ India accounts for more than 10 per cent of total road fatalities world wide despite having only one percent of the world’s vehicle population . About 1.38 lakh people died in road accidents in India during the year  2013 .  India suffers a staggering hit of Rs.1 lakh crore ($20 billion) every year due to road accidents . To increase safety of two wheeler riders countries like Vietnam, Cambodia and Uganda have adopted Global Helmet Vaccine Initiative with positive results but the lack of dedication on the part of policymakers in India  has kept the country’s road safety record dismal”said Mr Kapila.

“The Delhi government  by reconsidering its decision of  amending the vehicle act will help in reducing the fatal accidents for two wheelers in a big way as they are more prone to accidents .IRF has also been advocating  with Union government for making reflective tape compulsory on two wheelers including bicycles”” Mr kapila added.