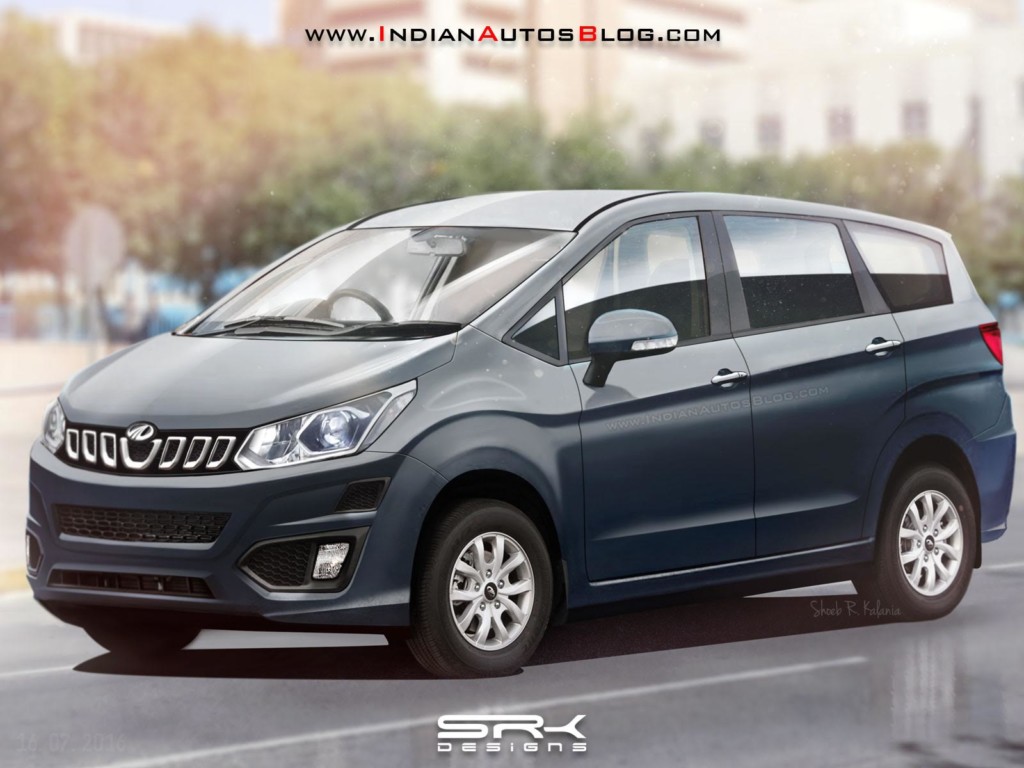 After being spotted on a couple of occasions, Mahindra’s upcoming large MPV gets rendered based on the spy images by IAB’s Shoeb R Kalania. Now this render is anything but the final product, as the all the test mules spotted were fully camouflaged. But apart from the stylistic details seen in the computer generated image, the overall appearance of the final product should remain more or less the same. Unlike the quirky KUV100, or the controversially styled TUV300, the upcoming MPV, rumoured to be called the TUV500 will be more conventionally styled.

The usual Mahindra styling cues will be there, and the render duly abides with the up-swept headlamp clusters and the signature toothy grille (borrowed from the Imperio in this case). The creases on the sides and bulging wheel arch flares have been inspired from the spy images, while the detailing on the front bumper is still a mesh full imagination. Codenamed U321 and developed at the Mahindra North America Technical Center in Troy, US, the MPV is reportedly based on a monocoque platform with a front-wheel drive architecture, but it still remains to be seen if its a brand new platform or derived from an existing platform.

The interiors will be all-new as well, while providing more space than the XUV500, which includes more boot space as well. Expect a host of XUV500 sourced comfort and convenience features, along with the capacity to comfortably seat seven occupants. Power could come from the XUV500’s 2.2-litre diesel m-Hawk diesel engine rated at 140 bhp and 330 Nm of torque, while the 1.99-litre m-Hawk diesel engine good for 140 bhp and 320 Nm could be also employed alongside for the NCR and Kerala regions. An optional all-wheel drive system is also expected, with a choice of six-speed manual and automatic transmissions reigning power.