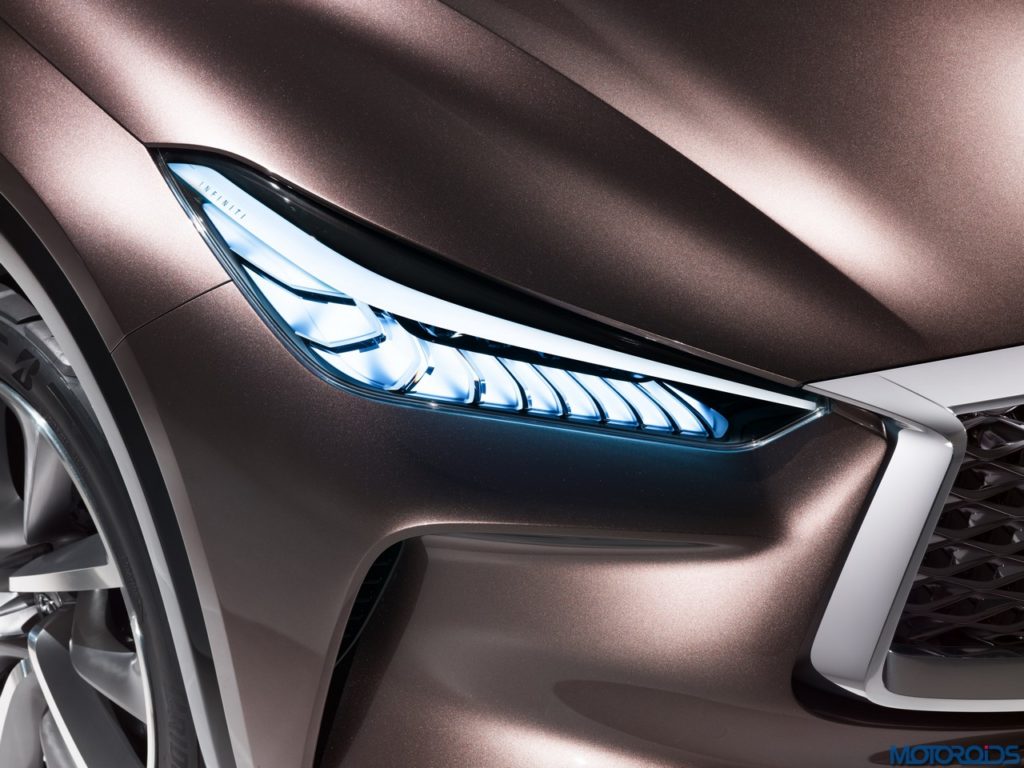 Design highlights include a sharp, straight character line that runs from the clamshell hood and along the length of its shoulders, Infiniti’s double-arch grille, a high-set crescent-cut D-pillar, a ‘cabin-forward’ silhouette, and a slightly more vertical rear hatch; all swathed in a newly-created Forged Bronze paint finish. 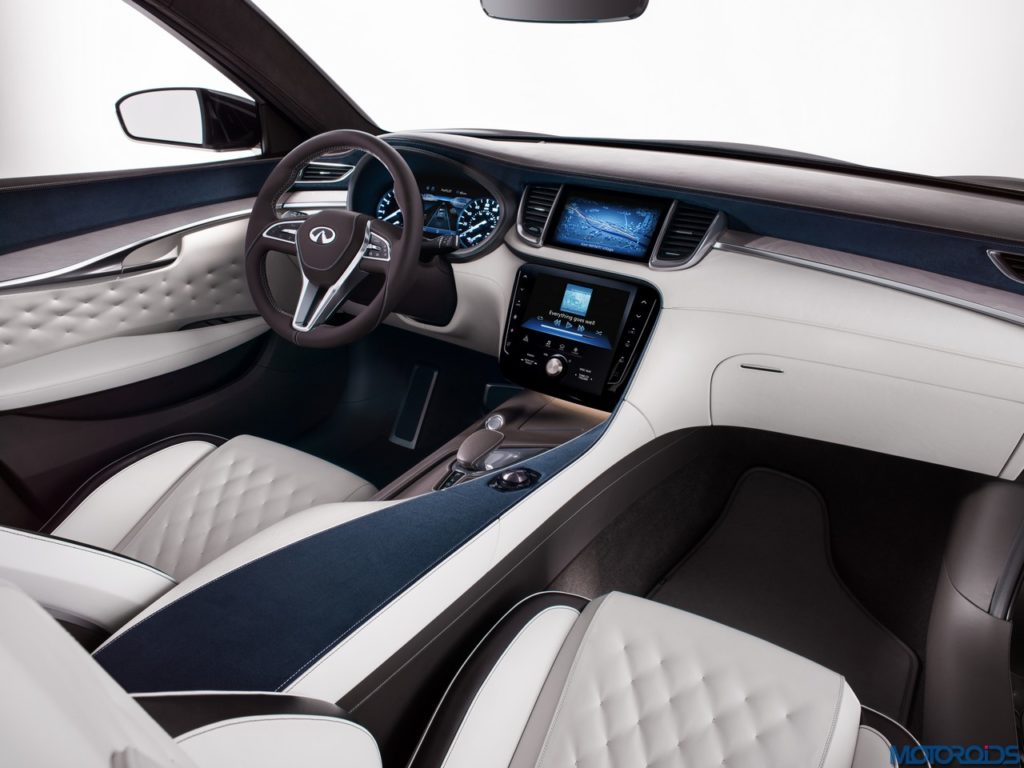 It’s claimed to be both driver-centric and passenger-minded, with similar importance given on both form and function.

In the place of high-gloss woods and soft-touch plastics, the interior of the QX50 Concept features a more modern application of wood, leather and stitching. 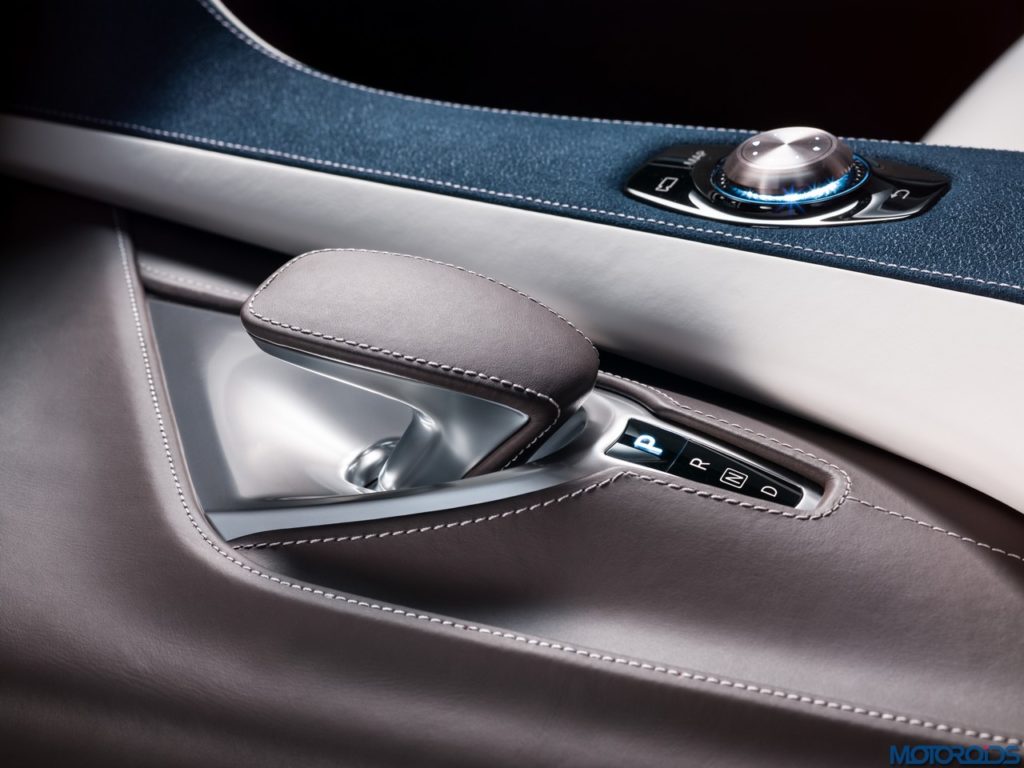 The QX50 Concept’s cabin is said to espouse a handmade feel and is the result of two Japanese approaches to craftsmanship – ‘mitate’ (pronounced “mee-ta-teh”) and ‘shitate’ (“shee-ta-teh”).

‘Mitate’ relates to the practice of curating and bringing together the best possible selection of materials. ‘Shitate’ is the desire to tailor the chosen combination of materials, bringing out the best.

The QX50 Concept is wrapped in a variety of different leathers – genuine, semi-aniline, and synthetic nubuck – while the cabin features a three-tone colour scheme. 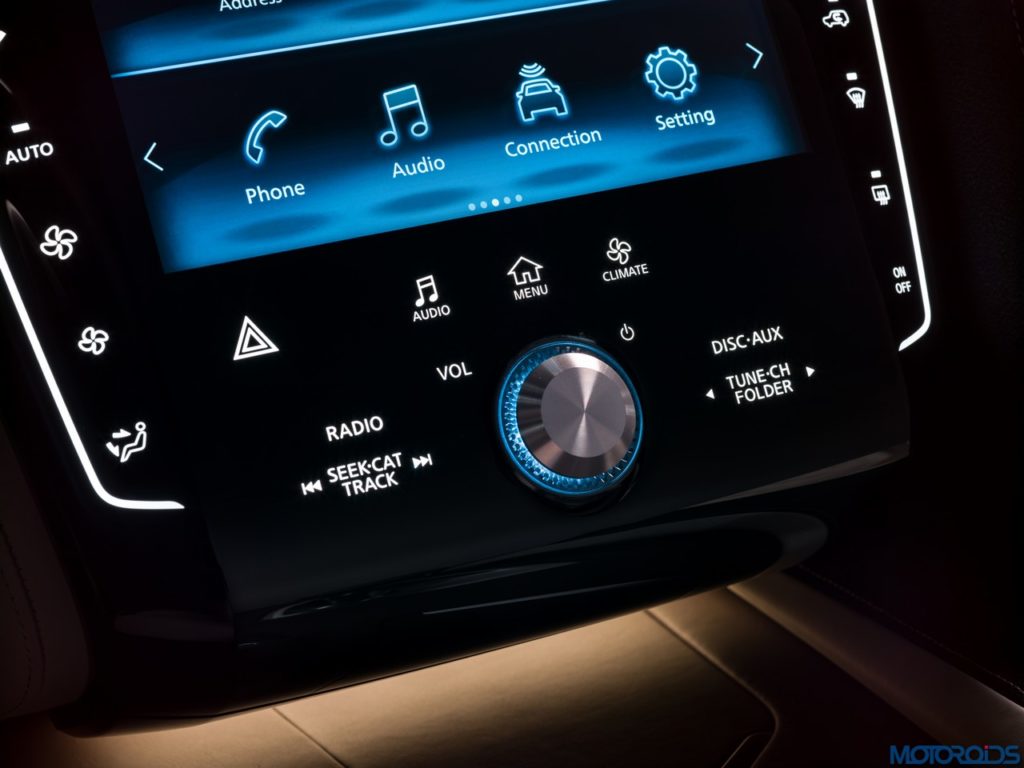 Infiniti has applied for a patent for a new ‘dot quilting’ method for the leather that lines the doors and seats. Inspired by classic buttoned leather sofas, dot quilting is sewn into place at individual points.

As for the wood, the QX50 Concept is trimmed in real, open-pore ash. The wood is said to have been treated to retain its natural, and sometimes irregular, characteristics in texture and appearance. 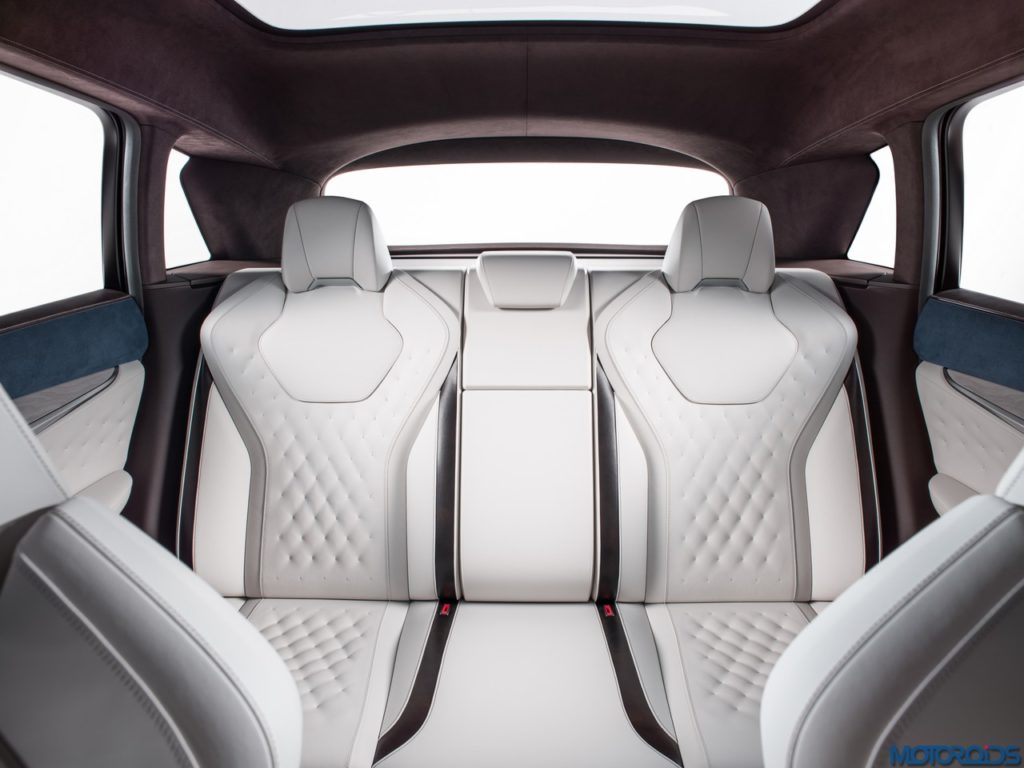 The seats feature an ergonomic hexagon motif, while promising maximum back and shoulder support for occupants.

While the cabin-forward design creates a longer, more spacious passenger compartment, the upright stance of the rear hatch – more vertical than its forebear – is designed to give the QX50 Concept more cargo space. 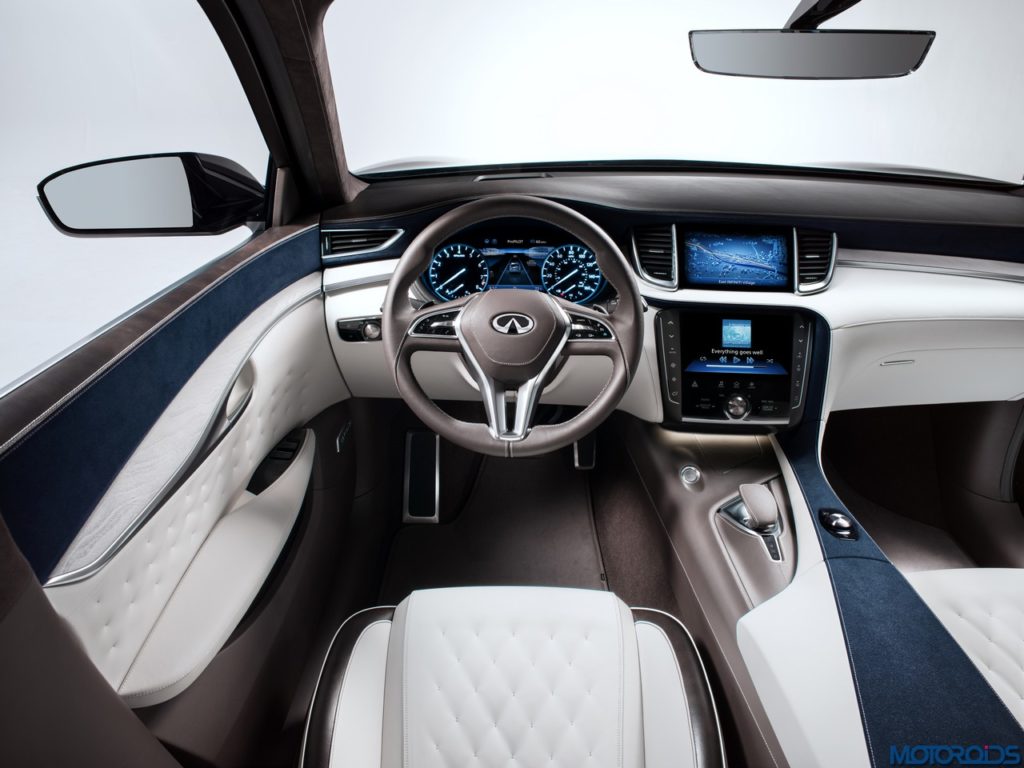 The QX50 Concept’s Graphic User Interface shows how new technologies could be incorporated into future Infiniti vehicle cabins.The centre of the dashboard features a wide touchscreen HMI (human-machine interface) that amongst other things, displays the status of the various Infiniti ‘co-pilot’ autonomous drive support technologies. 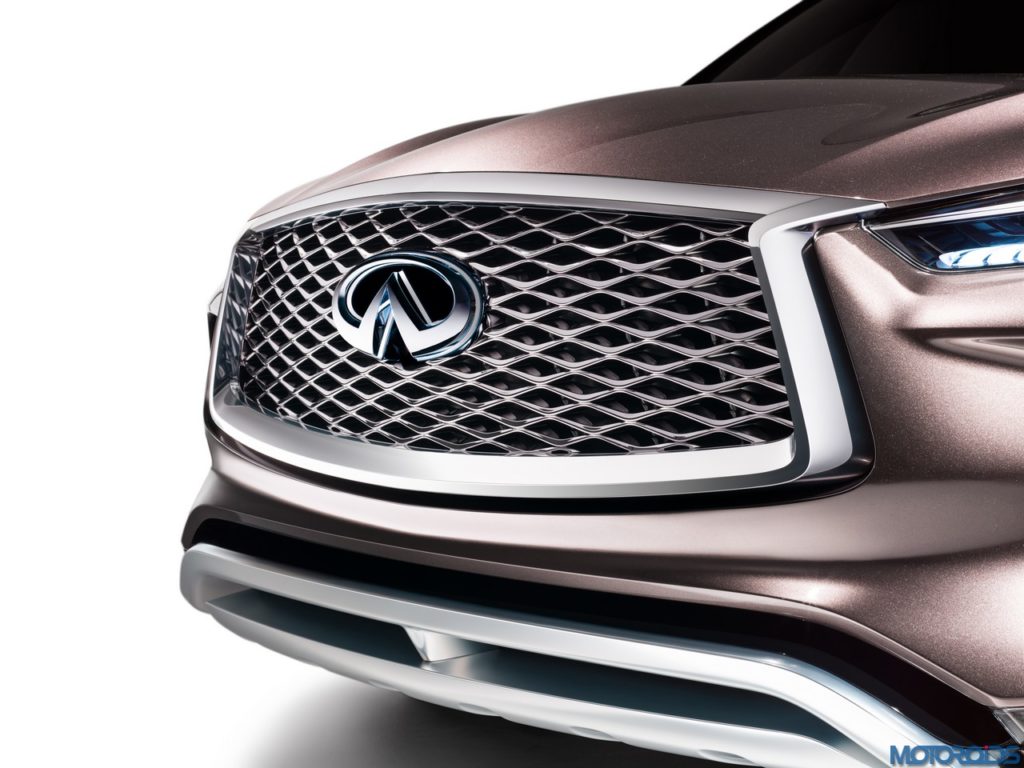 With the QX50 Concept, Infiniti previews its autonomous driving support technologies that will act as a ‘co-pilot’ and ‘delegate’ more onerous driving tasks to the car – such as navigating stop-start traffic on the highway or keeping track of the positions of surrounding vehicles. 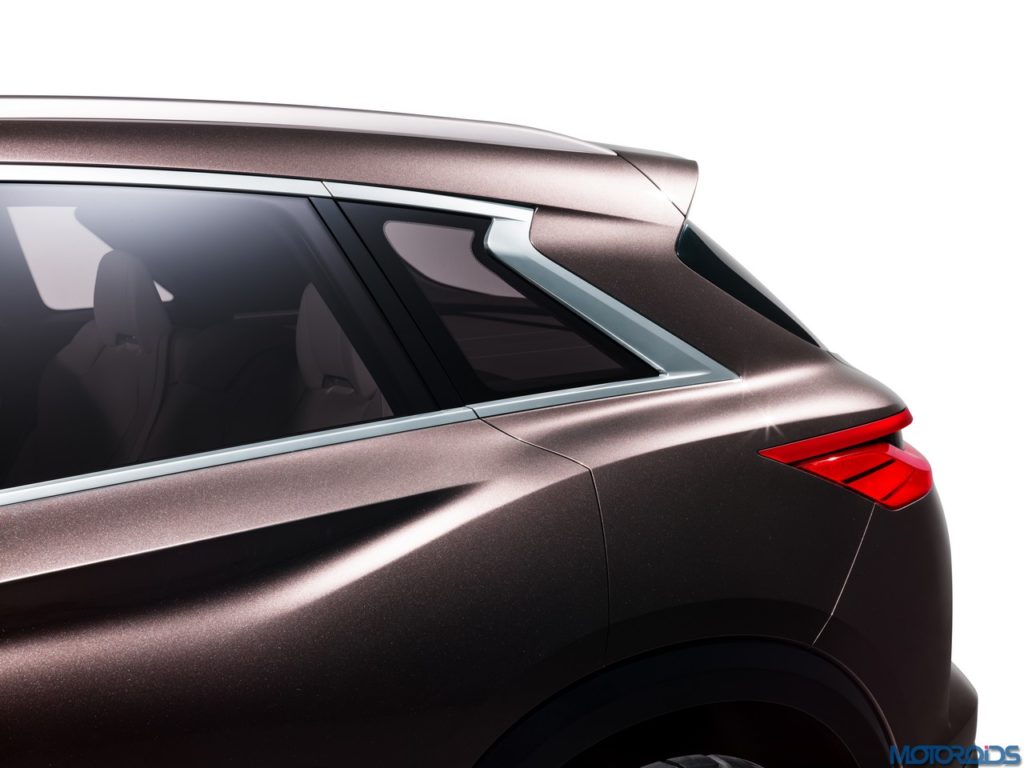 The 2.0-litre VC-Turbo engine is able to adapt its compression ratio according to driving conditions to deliver optimal levels of performance and efficiency.

For its application in the QX50 Concept, the HMI (human-machine interface) demonstrates to the driver and passengers how the VC-Turbo is adapting according to driving conditions. 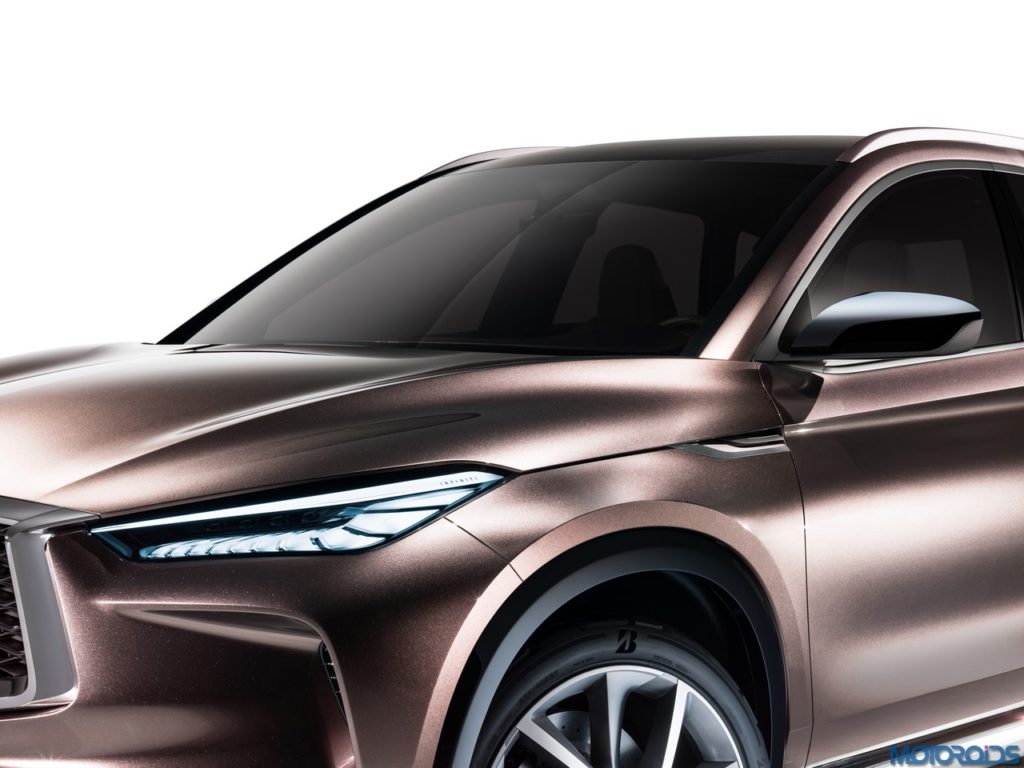 The HMI displays the engine’s current status as it intelligently chooses appropriate levels of performance and high efficiency.

The 2.0-litre VC-Turbo engine boasts an “impressive specific power output that’s higher than many competing four-cylinder turbocharged gasoline engines, and close to the performance of some V6 gasoline powertrains”.