Electric vehicles (EVs) are said to be the future of mobility. Manufacturers are focusing on getting better EVs on the roads, however, one thing that needs to be worked on is the range of an electric vehicle which is still not favourable for long-distance commutes.

In such a scenario, battery charging facilities become essentially critical for the sustainable use of EVs. At present, there isn’t a robust charging infrastructure present in our country, although the number of charging stations is on the rise. Traditional businesses see this as an opportunity and as a result, India’s largest oil supplier, Indian Oil has forayed into an interesting business venture to address this issue. 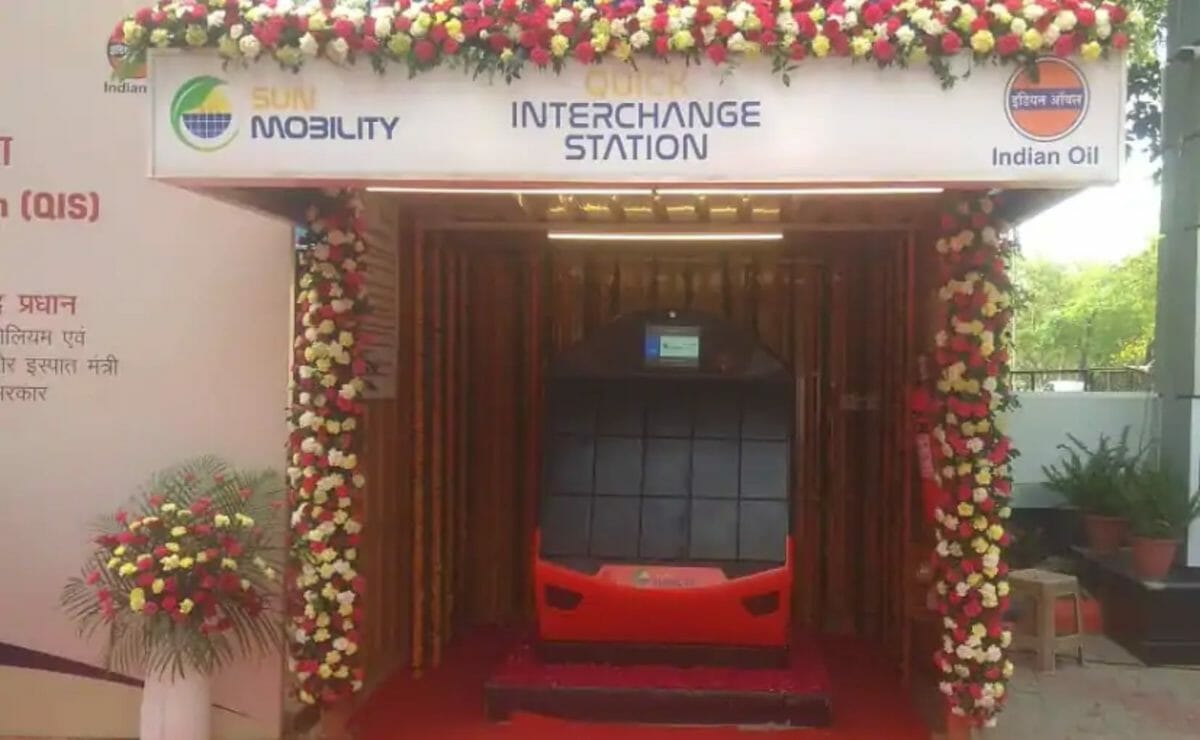 Details of the deal

Indian Oil Corporation (IOC) and Sun Mobility on Friday announced the launch of a battery swapping facility for electric vehicles (EVs) at IOC petrol pumps, offering to replace discharged batteries with fully charged ones in a procedure that would take only a few minutes. Battery swapping technology offers the best alternative to slow charging and helps the drivers make optimum use of the operational hours.

The first such Quick Interchange Service (QIS) was inaugurated at an Indian Oil pump in Chandigarh. The company’s battery swapping model is initially targeted at the commercial segment, i.e. electric autos, rickshaws and electric 2-wheelers where the electric vehicle is factory fitted or retrofitted. Up to 20 to 25 such quick interchange stations will be installed in select cities across India.

How does Battery Swapping work?

Indian Oil has signed a non-binding strategic cooperation document with Sun Mobility to explore setting up of energy infrastructure for electric vehicles through a battery swapping model across Indian Oil retail outlets in New Delhi, Gurugram, Bengaluru, Chandigarh and Amritsar. These stations will have 14 batteries, a touch screen for swapping preloaded cards and an electricity sub-meter. Battery swapping technology offers the best alternative to slow charging and helps the drivers to make optimum use of the operational hours.

Any EV can drive into IOC’s QIS pumps, insert a fully discharged battery into a dispensing station and get a fully charged one in just 1-2 minutes. All three/four batteries of EVs can be replaced with fully charged ones at the QIS. At the end of the process, a bill for charging the batteries will be generated. 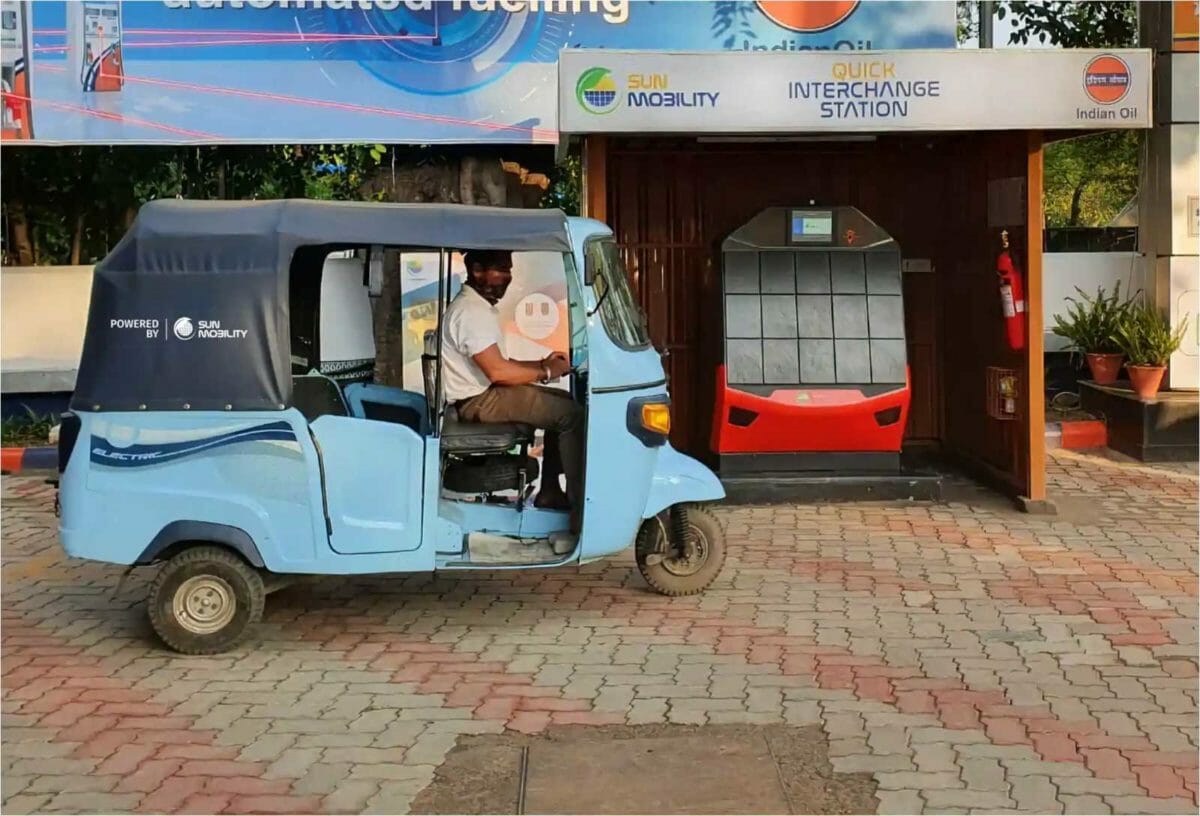 Range anxiety is one of the major stumbling blocks towards the mass adoption of EVs around the world. It refers to the number of kilometres a vehicle can travel before requiring a charge. Singh said that battery swapping technology offers the best alternative to no or slow charging options and can help EV drivers make optimum use of their operational hours.

Speaking at the launch, Oil Minister Dharmendra Pradhan called for scaling up the EV ecosystem. He said, “We must leverage modern technology to enable electric mobility to scale up in India and make it more affordable.” He added that the Oil marketing companies, in the future, will not confine themselves to selling conventional fossil fuels, but also retail CNG, LNG, PNG and also act as the electric charging stations. According to the Govt., it is also targeting 20 percent ethanol blending, producing Biodiesel from used cooking oil and widespread use of solar energy for mobility purposes.