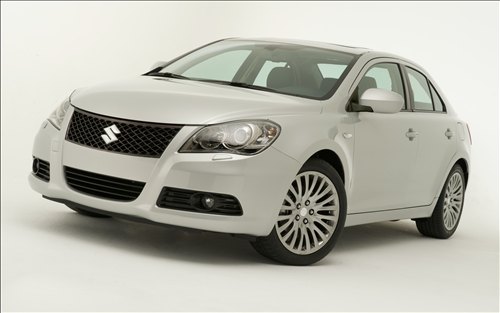 Suzuki must be patting its own back for its India success story, with its subsidiary Maruti Suzuki India Limited helping it make solid profits. However, all is not well with the company in the biggest auto market of them all – the US of A. The company has not been doing too well in North America, as the market is more about bigger engines and bodies, while Suzuki is a small-car specialist. The Kizashi sedan was aimed primarily at the American market and see if it could bolster sales for the company in the region. The ploy, it seems, hasn’t worked too well.

The Kizashi went on sale in the US in late 2009. However, the handsome car has not been able to make any dent in the sales of its competitors like the Honda Accord or the Hyundai Sonata which sell like hotcakes in the country. In fact Suzuki’s sales till July are down by 48 percent compared to the corresponsing period in 2009, which itself, wasn’t very good. The company hasn’t sold more than 15000 units till now this year.

As a result, about 50 outlets of the company have been shut in the US. Not good, but hopefully with an upcoming alliance with VW things will turn around. We wish Suzuki all the best.