Hindustan Motors have confirmed that they are working on a new version of the age-old Ambassador. Slated for a launch by mid-2011, the new Ambassador will get lots of cosmetic and mechanical changes. Mysteriously though, the 2011 Ambassador will continue to use the current platform and still incorporate all the changes. 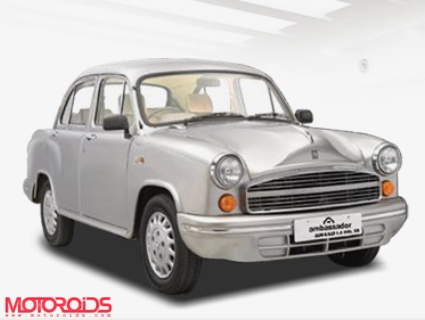 The exterior will get an evolution of the retro theme that the Ambassador is being built around for decades. The interiors are expected to get luxurious tweaks and new age creature comforts. Hindustan Motors has hired ‘foreign’ expertise to develop the new Ambassador and is pretty confident about the new car’s success. We love your never-ending optimism HM, way to go!

The engines will come in petrol and diesel options ranging from 1.5-litre to 2.0-litre capacities. They are said to be new age too and are supposedly BS-V compliant. The 2011 Ambassador’s working prototype will be ready February 2011 and that’s precisely the time when HM will send out the test mules on the road. They are targeting an ARAI validation by May 2011 after which the car will go on sale. This model will be an evolution of the current Ambassador but for the customer, it will appear to be a completely new product. The former will continue to sell alongside the new Ambassador to cater to the consistent fleet/taxi operators. Now why on earth would HM need overseas firms to work on the new Amby? We loved Dilip Chhabria’s Amby-rod concept shown at the 2008 Auto Expo; a production version of the same could do wonders for HM, don’t you think so too?