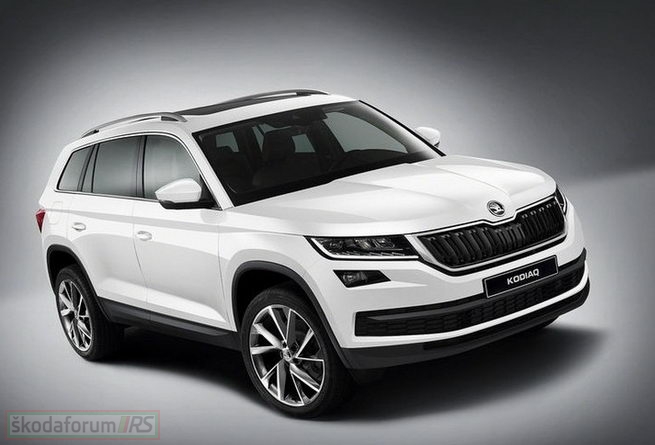 These are the first leaked images of the India-bound Skoda Kodiaq, the Czech manufacturer’s first large SUV. The Kodiaq is all set for a global reveal later in the day (September 1, 2016). Previewed by the Vision S Concept from 2015, the Kodiaq is based on the VW Group’s MQB platform, and measures 4.7 meters long and 1.88 meters wide.

For the full dope on the Kodiaq – Details of the India-bound Skoda Kodiaq seven-seat SUV revealed; camouflage stays for now 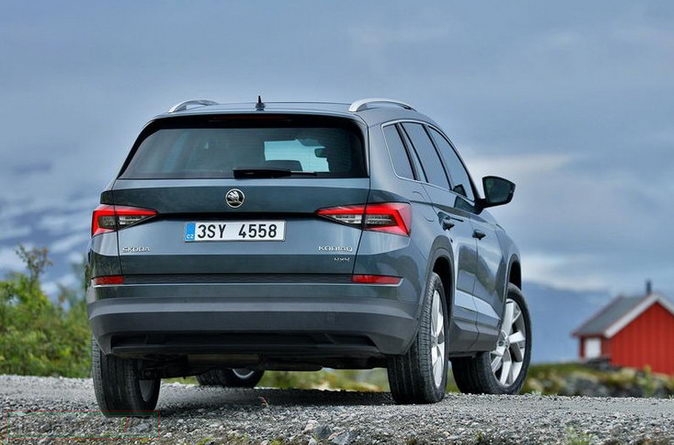 The interior design is characterised by a dashboard that features four, large, vertically positioned air vents. The Kodiaq’s infotainment systems will offer Apple Car Play and Android Auto integration, along with capacitive touchscreens. While the Kodiaq will offer the option of having seven seats or five, the five-seater version boasts of a class leading boot volume of 720 to 2,065 l (with rear seats folded).

When the Kodiaq launches at the beginning of 2017, it will be available in a choice of five engines; two TDIs and three TSIs. The most powerful petrol engine, the 2.0-litre TSI will have a power output of 180 PS. A range of transmission options will be available – six-speed manual gearbox, DSG transmission, front-wheel drive and all-wheel drive. The Kodiaq will also be available with a raft of driver assistance and safety features.