It’s not a secret that Mahindra is working on an elongated version of the popular Mahindra TUV300 that’ll seat seven. A camouflaged prototype of the same has been spotted by Motoroids reader Samarth Modi in Surat. 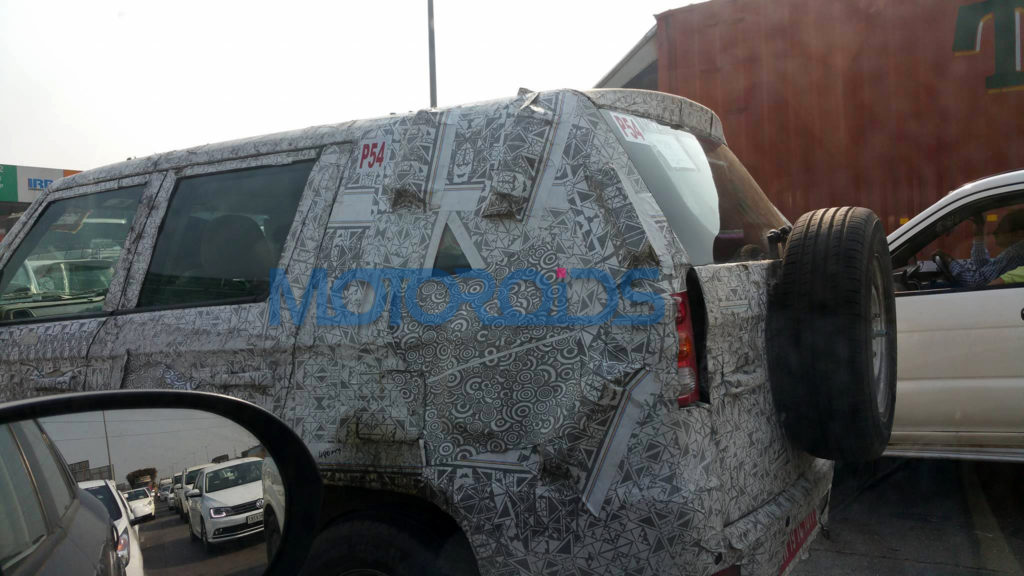 Rumoured to be called the Mahindra TUV500, the upcoming SUV will feature a full fledged third row with seating for two. The styling will be mostly similar to the TUV300, and the original’s straight lines and boxy demeanour must’ve saved the designers a lot of effort, as all they had to done was extend the lines.

That said, the rear end will be different from the TUV300’s. The stretched version’s rear screen will feature a slight rake as compared to the upright one on the TUV300. Besides, the tail lamps are expected to be different as well. The TUV500 will continue with the 300’s tail gate mounted spare wheel. 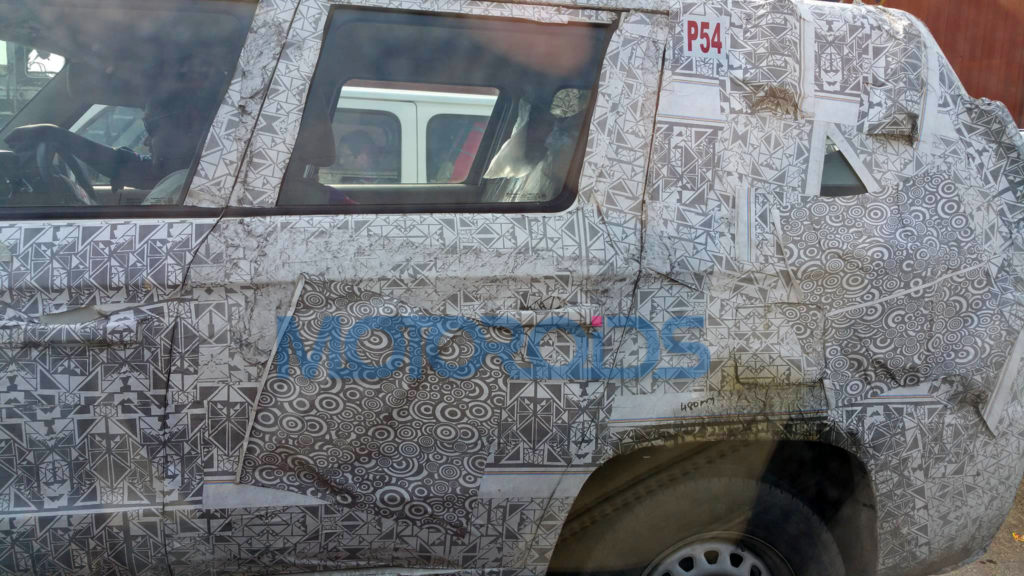