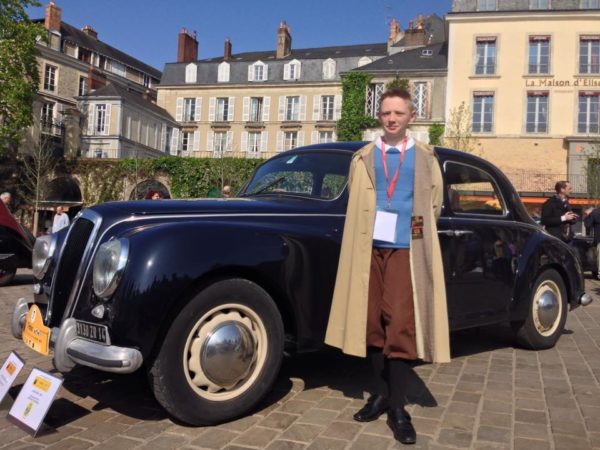 A fairly accurate representation of the famous & fictitious reporter.

Having a Tintin dipped childhood and being a motoring enthusiast, I always savored the fact that his creator, Georges Remi, or Hergé was a bit of a petrolhead himself. The Adventures of Tintin are littered with cars from bygone eras, classics in action penned skillfully, a nod to the creator’s love for automobiles. 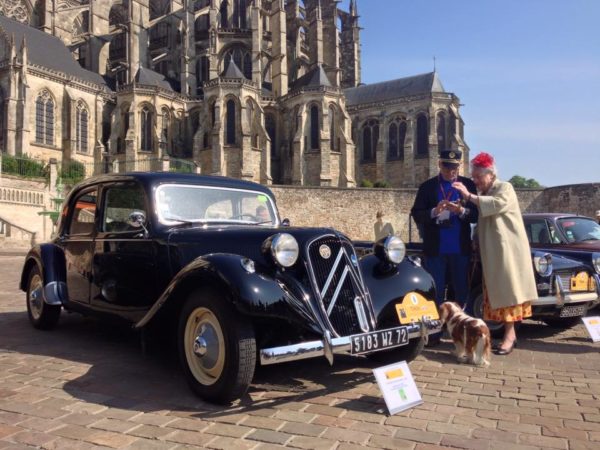 The sinister, black Citroën 15 from The Calculus Affair

Most of the cars in the books were of fictitious brands, but had real life doppelgangers. To commemorate the tufty, alacritous  reporter, the legacy of the comic series itself and the automobiles referred to in them, ANVE (Normande Association of Times Vehicles) in France has organized a two day (18-19 April ’15) tourist rally, featuring a large gathering of old cars found in The Adventures of Tintin. This will be a first of its kind event in France. 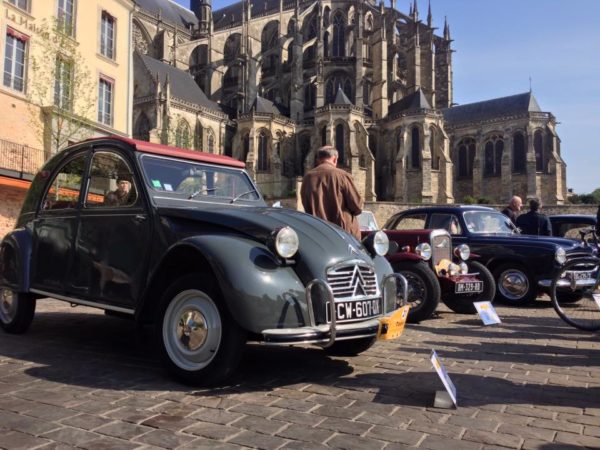 The Citroën 2CV; owned by the goofy Thompson & Thomson twins.

As we speak, this event is being organized in the the City of Le Mans, which will host the participants in a beautiful place, called the Place des Jacobins. The rally will then head to “Moulinsart”, the majestic château of Cheverny which influenced the nomenclature of Hergé Moulinsart or Hergé Foundation – the official, Brussels based caretakers of the Tintin comic. The castle tepidly refers to Marlinspike Hall (“Moulinsart” in English), Captain Haddock’s ancestoral château in the books. 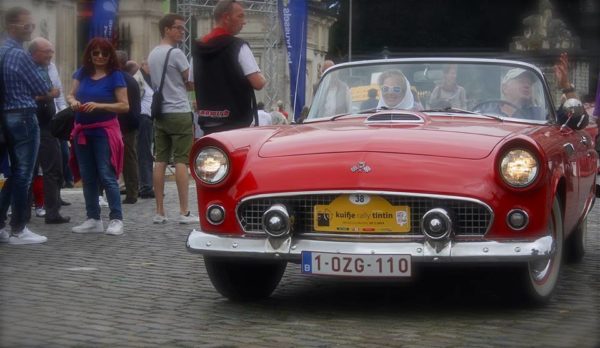 On Sunday 19 April, Mr. Charles Antoine Vibraye, the owner “Moulinsart” château will open the doors of its magnificent grounds and the exhibition “The Secrets of Moulinsart”. The specialist of Hergé, Dominique Maricq, and the author of Tintin and Hergé cars , Charles-Henri de Choiseul Praslin, have already confirmed their attendance. Here’s to a fun filled weekend that will take place between animations, comics, adventure, tourism and hospitality.