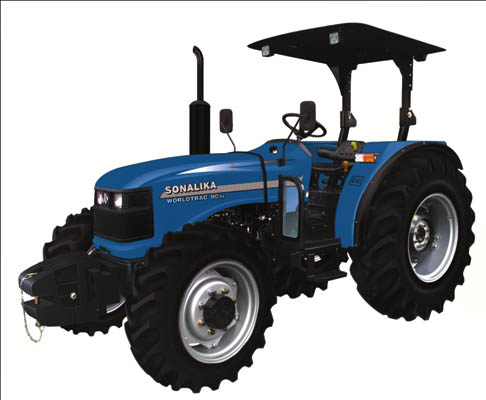 The Indian Tractor Industry has been witnessing contraction in demand since November 2011, after having experienced robust growth over the period FY10 till H1 FY12. Tractor volumes (domestic +export) declined by 3.4% (YoY) in Q4FY12, and posted modest 2.8% growth during Q1FY13, according to an industry report by ICRA.

As per the  study, the cyclical demand slowdown is led by eroding purchasing power of farmers with decline in farm-gate prices post bumper harvest in the rabi season and delay in off-take from market intermediaries; while demand from the non-agricultural segment (~20% of sales) has been impacted by slowdown in construction and infrastructure projects. High interest rate regime and price hikes taken by tractor manufacturers also deterred farmers from purchasing agri-mechanisation tools. The demand-side economics in the tractor industry however continue to find favour from structural and long-term drivers such as support from the Government of India (GOI) towards rural development and agri-mechanisation, scarcity of farm labour especially during the sowing season, increase in credit flow to agriculture, growth in high and low power segments, moderate penetration, shortening replacement cycle; besides healthy exports.

ICRA expects tractor sales growth (domestic + export) to be tepid in Q2FY13, with fear of draught effecting consumer sentiments, as well as high base of last year, which saw record volume sales during festival season. Sales growth is however expected to recover in H2 FY13, on the back of higher MSPs and low base, provided there is recovery in monsoon rainfall, which so far has been in deficit. Overall, we expect tractor sales volumes to witness a growth of 0-3% for full year FY13; while maintaining a volume CAGR of 8-9% over the next five years.

Mr. Subrata Ray, senior vice president & Co-head, corporate sector ratings, ICRA Ltd, says, “In terms of regional performance, demand from Southern states has shrunk rapidly over the course of last two quarters (-34.5% in Q1FY13 and -18.3% in Q4FY12) led by draught like conditions in Andhra Pradesh and Karnataka, apart from weak prices of cotton and spices. Even western region reported lackluster performance with volumes declining by 10.9% in H1CY12, stemming from correction in prices of cash crops like sugarcane and cotton. The northern region, which accounts for over 35% of domestic tractor industry volumes, supported industry figures and posted healthy 14.1% YoY growth during H1CY12, notwithstanding lower sales in Uttar Pradesh because of state assembly elections.”

“While states like Punjab and Haryana shall continue to generate healthy replacement demand, ICRA expects the southern markets to recover from this blip and outperform the national average over the medium term, given low tractor penetration, increase in area under irrigation, and increasing focus by tractor OEMs and financers on this region.” He further adds. In ICRA’s view, Outlook for exports also looks promising through inclusion of new export destinations, increased product offerings in the higher HP segment, ramping up of capacities as well as investments by OEMs to meet stricter emission norms, as well as greater acceptability of India as a cost effective and a reliable manufacturing location.

In an effort to battle sluggish demand scenario, tractor OEMs have expanded and refurbished their product portfolio to come out with more application based offerings, and to cater to niche market segments. Industry players witnessed a decline in profitability metrics during FY12 struggling from a partial, or delayed pass on of increased cost of production, besides denominator effect. Although players like Escorts and M&M have been able to protect their PBIT margins in Q1FY13, weak demand outlook, as well as increase in manufacturing capacity, portend margin pressures over the near term.