ICML is planning to expand its product portfolio in the country. Country’s leading auto magazine Autocar India is reporting that ICML has joined hands with Great Wall Motors of China to introduce a new compact SUV in India. ICML, the makers of the Rhino MUV, plan to join the increasing list of car manufacturers who want to field a compact SUV in the Indian market.

The new SUV will be based on the Chinese car maker’s Haval H5 SUV, also referred to as the X240 in some of the markets. Internationally, the H5 is powered by both gasoline and petrol engines. However, as the norm goes in the Indian car market, petrol powered SUVs don’t do too well in the lower segments. We expect ICML to bring only the oil burning variant to our shores. The diesel variant of the Haval H5 will be powered by a 2.5 liter turbo charged engine with peak power output rated at 108PS @ 3600 rpm. Peak torque is impressive with 300 Nm on tap and being produced between the rev band of 1800-2400 rpm. 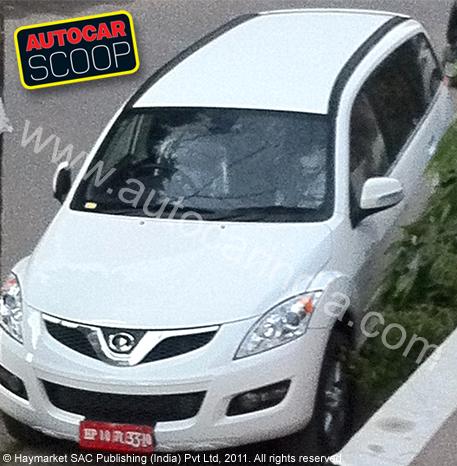 Substantial enough to compete with the likes of the XUV500 and the Tata Safari, the Haval H5 looks like a rather contemporary piece of it. The engines come mated with a choice of both manual and automatic gearboxes. Wearing wide 235/65R17 and P235/65R17 rubber with disc brakes on all four wheels, the H5 should be reasonably sure footed too.

The international version of the car comes equipped with features such as ABS with EBD, Traction Control (petrol engine only), Reverse parking sensors, dual front airbags, USB port, DVD player, engine immobilizer, leather seats and 4WD. ICML doesn’t have enough brand value to sell this vehicle at too high a price. Expect the H5, when it’s launched to compete with the likes of Force One and XUV 500, though we think ICML will do well to price the contraption a tad below the aforementioned product.