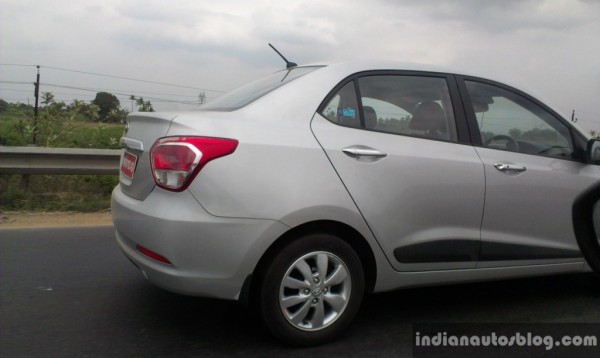 We reported in detail when it emerged that the Hyundai Xcent, the Compact Sedan derivative of the Grand i10 hatchback, is about to enter our fast growing car market. The Hyundai Xcent Launch in India will happen on March 12, which is hardly three days away from us. Now, just days before the Hyundai Xcent launch event, a silver Hyundai Grand i10 has been spotted testing by our friends at IAB. These Hyundai Xcent images seem to belong to a high end variant; please note the absence of badges!

The soon-to-be-launched Hyundai Xcent compact sedan is essentially a ‘boot-ed’ version of the Grand i10 hatchback and the upcoming car will be to the donor sibling what the Dzire is to the Swift and the Amaze is to the Brio. As must be obvious to you, the new Hyundai Xcent measures less than four metres in length, which enables it to benefit from relaxations in excise duty that are being provided by the Government of India. Basically, all this has good chances to bestow the model with an ultra competitive price tag. 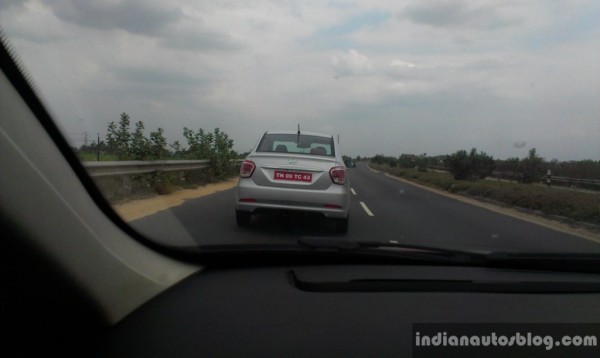 Below is a list of key features of the new Hyundai Xcent:

Powering the Xcent is same sent of engines that power the Grand i10 hatchback, which means that the car gets a 1.2-liter Kappa2 four cylinder petrol engine and a 1.1-liter U2 three cylinder oil burner. Both these motors get a 5 speed manual transmission, with the petrol motor also getting an automatic ‘box.

Stay tuned to Motoroids for more updates on the new Hyundai Xcent.