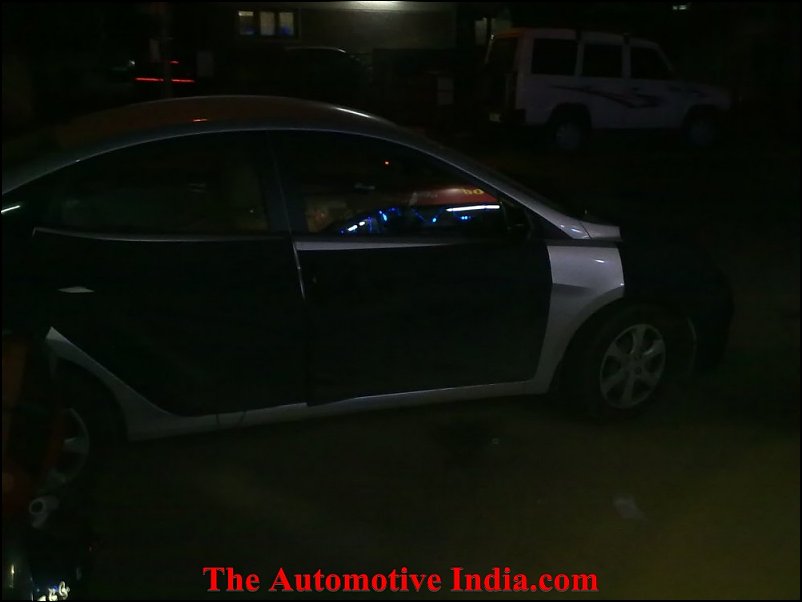 We have told you umpteenth number of times that Hyundai is planning to bring its RB (Verna) sedan to India in the coming months. Now as a proof, the interior and heavily classed exterior of the new car has been spotted by one of the enthusiasts from ‘The Automotive India’ forum, in India. The new car, unlike the Verna facelift that launched last year, is a ground-up car and will be substantially better in almost every department. Knowing how things go in India, we are reasonably sure that Hyundai will sell the current Verna alongside the new car, and re-badge the new one with some stylish name.

Although the images are not very clear, but from whatever little can be made of the interior, the pictures suggest an automatic transmission on the test car. This should come as great news for those who are looking for an auto option in their cars but don’t have anything good to opt for. The new car was first shown in the Moscow Auto Show and was said to be custom built for the Russian market. The car features heating vents for the rear passenger in the Russian version, although we are not sure whether the feature will make it to India.

Engines are expected to be a 1.4-liter 109bhp, or/and a 1.6-liter 124 bhp petrols, mated with a five-speed manual or six-speed auto. The Rb will be priced a notch higher than the Manza, the Dzire and the Etios. Have a look at the official pictures of this new car and tell us if it’s worth the extra money.