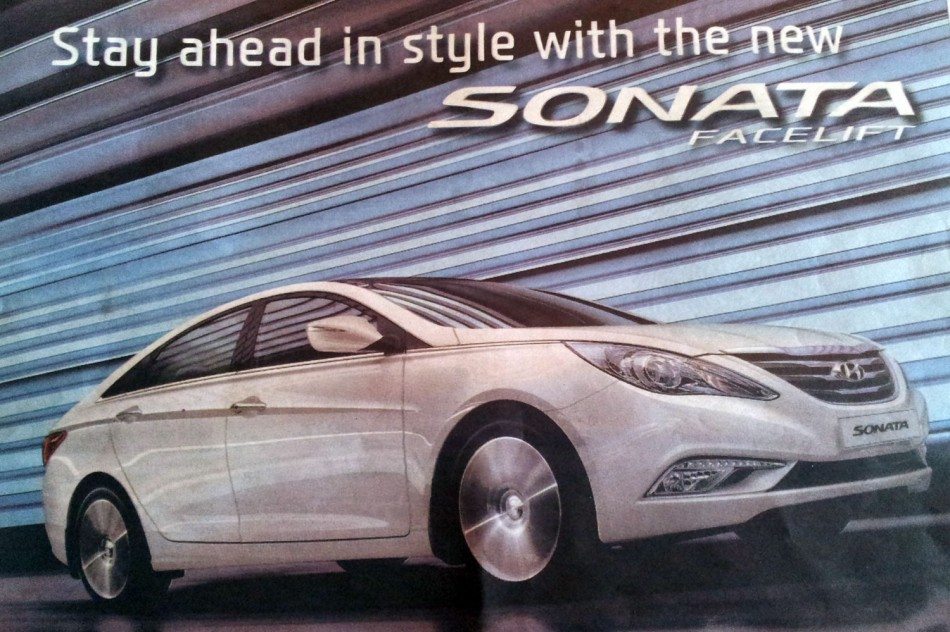 The Hyundai Sonata Fluidic was launched in India without much of a fanfare. The Sonata Fluidic is an important car for the Korean auto maker. The car is a clear indicator of Hyundai car making prowess as it battles it out against some real established rivals like the Toyota Camry and Honda Accord. 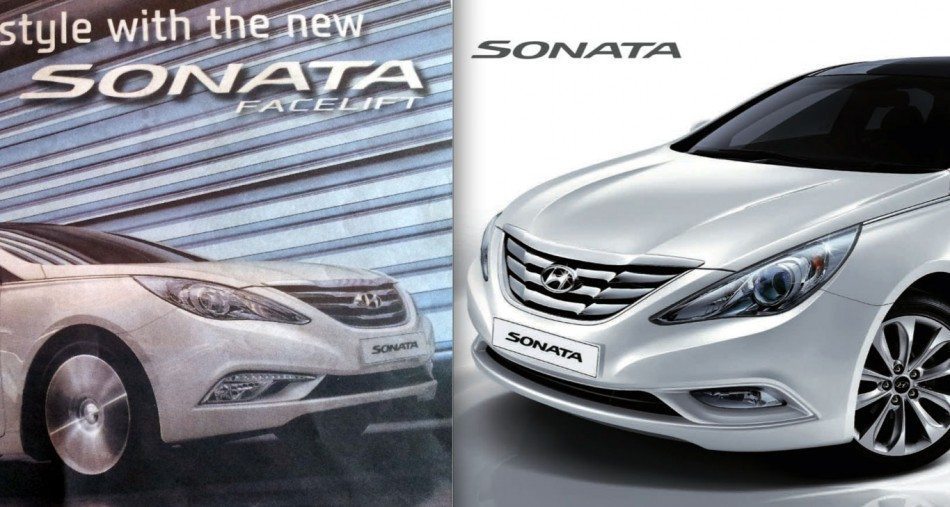 Now it has emerged that a Sonata Fludic facelift has been quietly launched in the Malaysian market. The refreshed car gets DRLs (which has now become quintessential for injecting some sophistication), a new front grille and a revised front bumper. 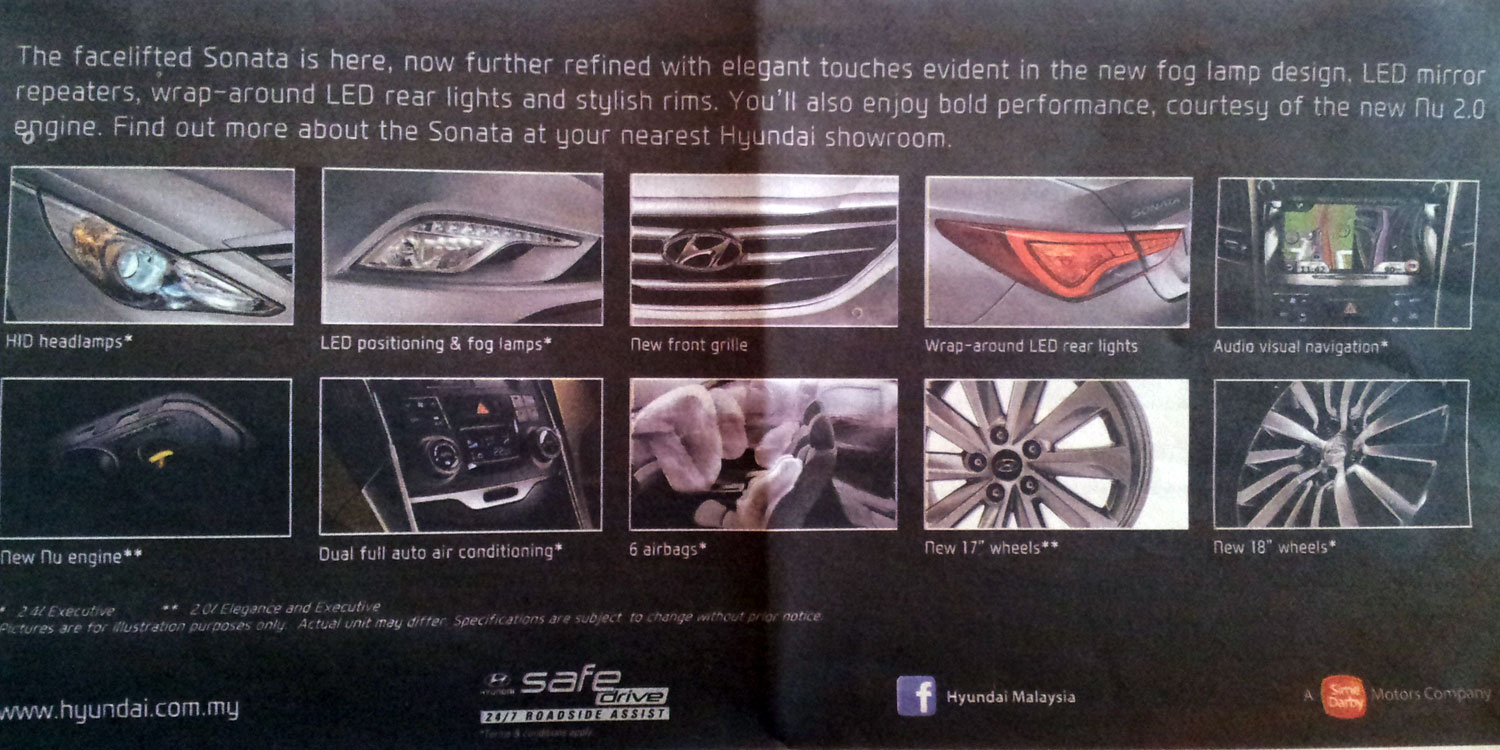 The car also gets a revised design for the trafficators on ORVMs and a new set of 18 inch mag wheels for the top end variant.

Coming to the rear, the facelift gets a new set of wrap around tail lamps that make the car look even classier. 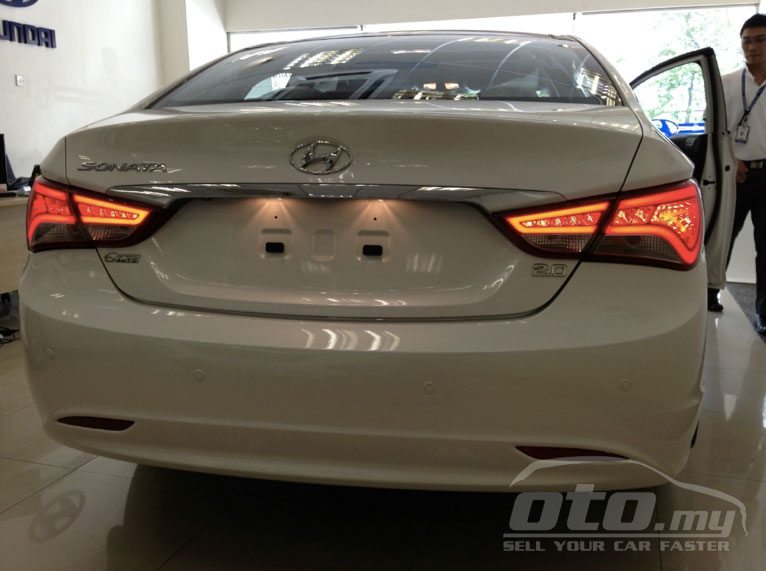 On the inside, the car gets a new Audio Visual Navigation (AVN) system and revised set of buttons on the centre console.

The refreshed variant gets new Nu 2.0 litre petrol engine for the Malaysian market.

No news if the facelift is coming to us but stay tuned for more updates on this.