Hyundai is likely to have discontinued the Santa Fe premium SUV in the Indian market. Although the company has not made any official announcement regarding the same, the Santa Fe has disappeared from Hyundai India’s official website. 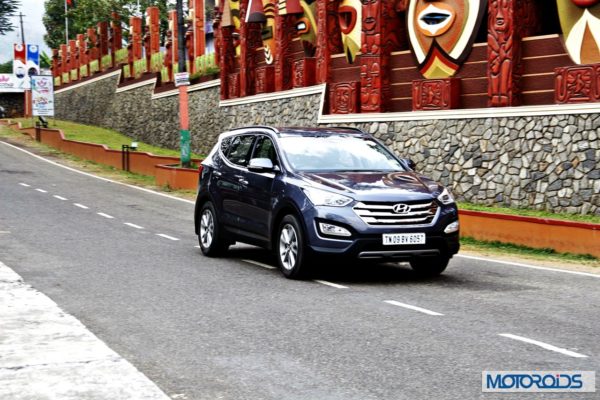 The Indian arm of the Korean automobile manufacturer has not revealed any changes in the price of the Santa Fe post the GST Cess amendment, further hinting that the model could have been permanently discontinued. Motoroids also contacted a dealer in Mumbai who said that the Santa Fe would be available only on a made to order basis and would come with a minimum waiting period of one month.

Hyundai is likely to have pulled the plug on the Santa Fe due to low sales numbers. The 7 seater SUV received a low response in the market when compared to its rivals such as the Toyota Fortuner and the Ford Endeavour. The model could have also witnessed a low demand after the introduction of the new Tucson, which is available for a price tag of INR 24.71 lakh for the top-end trim while the price of the Santa Fe began at INR 27.87 lakh (all prices, ex-showroom, Delhi). 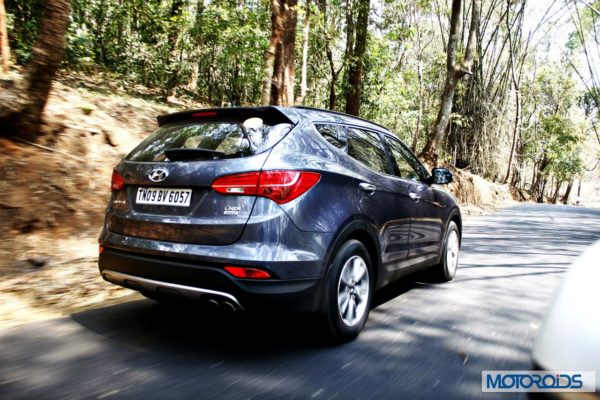 Powering the Hyundai Santa Fe was a 2.2-litre CRDi diesel engine capable of producing 197 hp at 3800 rpm and 421 Nm of torque at 1800-2500 rpm. This engine would come mated to a six speed manual transmission as standard while a six speed automatic transmission was available as an option. The company also offered a 4WD variant, available exclusively with the six speed AT.