We reported when Hyundai released a teaser image of the Intrado concept. (Click here to read our earlier report). Now, Hyundai has officially reveled the new Intrado crossover concept, which will make its debut at the Geneva Motor Show 2014 next month. 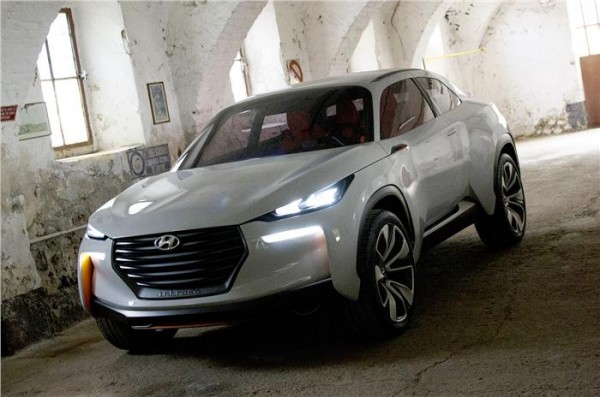 The new Hyundai Intrado concept is a crossover coupé. The concept is built using innovative materials, features a second-generation hydrogen fuel cell powertrain, and represents a new design philosophy for Hyundai. part of its new theory is that minimalist simplicity and functionality will be paramount in all of its cars. 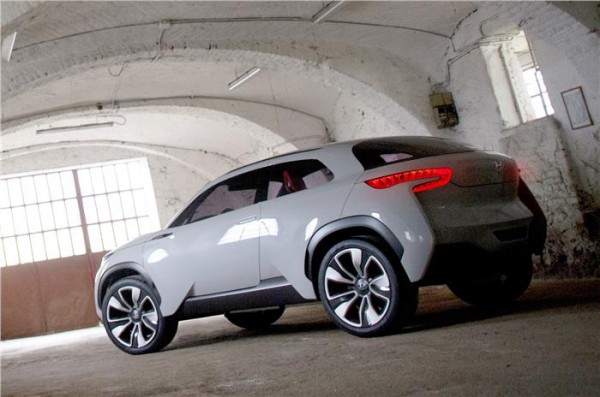 The Intrado is the output of an advanced research and development project undertaken at Hyundai/Kia’s European Technical Center in Frankfurt.

Design President, Peter Schreyer says, ” it has been designed from the inside out: to put the driver at the centre of the driving experience; to be perfect in an ergonomic sense; and to provide a genuinely multi-purpose ownership experience – capable enough to suit an active lifestyle, small enough to park in the city, but comfortable and efficient over long distances.” 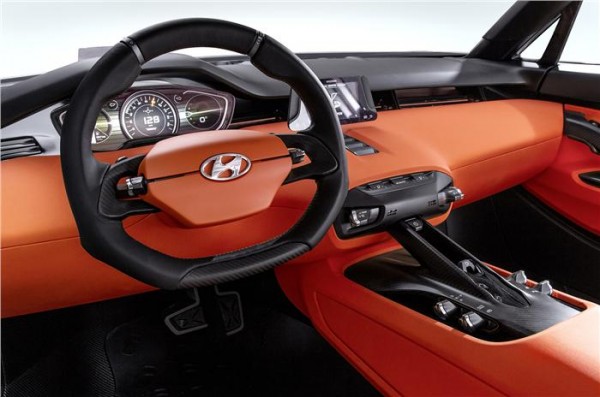 The Intrado’s carbonfibre-reinforced plastic superstructure is genuinely ground-breaking. Under its steel panels is a skeleton frame made up of inter-connected one-piece ‘hoops’ of moulded CFRP. Each ‘hoop’ has several flexible tubes of woven carbonfibre inlayed within it to run in longitudinal cavities, before the hollow moulding is closed around those tubes and filled by a process called resin transfer moulding. 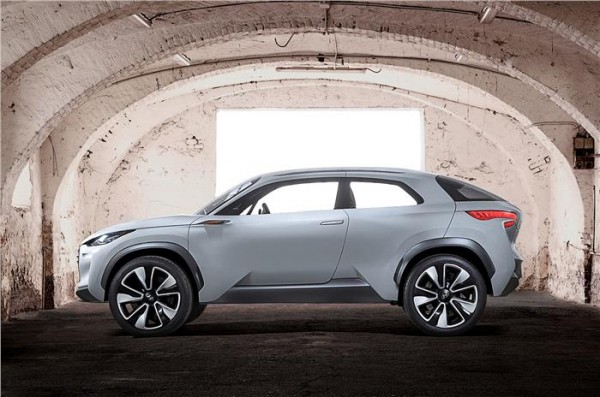 The finished hoops are then bonded together to form a tubular CFRP spaceframe of a sort. The resulting monocoque chassis, according to Hyundai, is fully-flexible in design terms, 70 % lighter than an equivalent steel body-in-white and twice as torsionally rigid. The materials technology, developed in cooperation with Korean partners Hyosung and Lotte Chemical, could also eventually be used in production version at a cost suitable for the markets.

The Intrado is powered by a development of Hyunda’s fuel cell powertrain.  Hyundai’s proprietary fuel cell stack and electric motor provides power to the front wheels. Converted power is stored under the driver’s seat in a 36kWh lithium-ion battery, while the car’s supply of hydrogen is carried in high-pressure tanks under the back seats and boot floor. Power, range and performance specifics are yet to be released by the Korean car maker.

Stay tuned to Motoroids for more updates on the Hyundai Intrado concept.