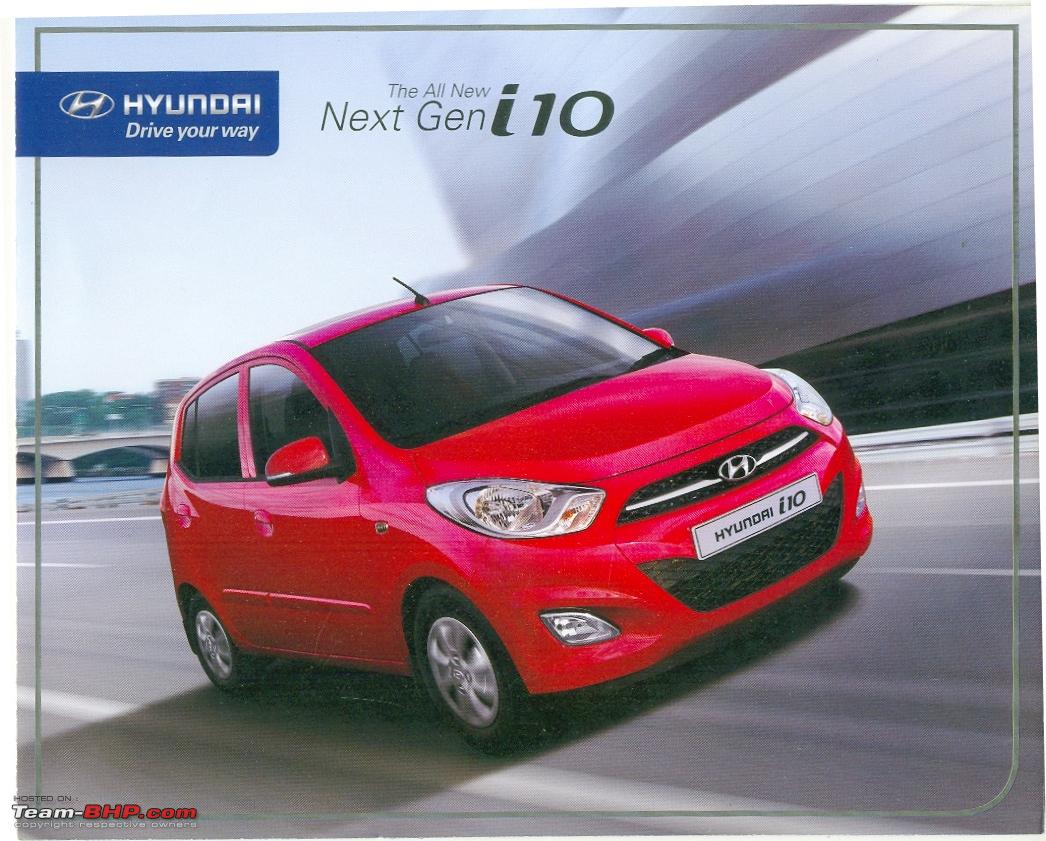 The Hyundai i10 facelift is ready for a launch tomorrow, unlike the launch of the Skoda Fabia facelift, which has now been postponed to the first week of October 2010.  While Hunydai already released the official image of the 2011 i10 facelift, a member of Team-Bhp has already gotten his hands on the brochure scans of the upcoming supermini. The scans reveal that the i10 is loaded with a host of features that are sure to attract a lot of potential customers to the i10. The most notable features include the ORVM-mounted turn blinkers, heated ORVMs, parking sensors, dual airbags, steering mounted audio and phone controls, Blueetooth, AUX and USB compatible in-dash music system and an electric sunroof.

Head over to the next page to view the brochure scans>>>