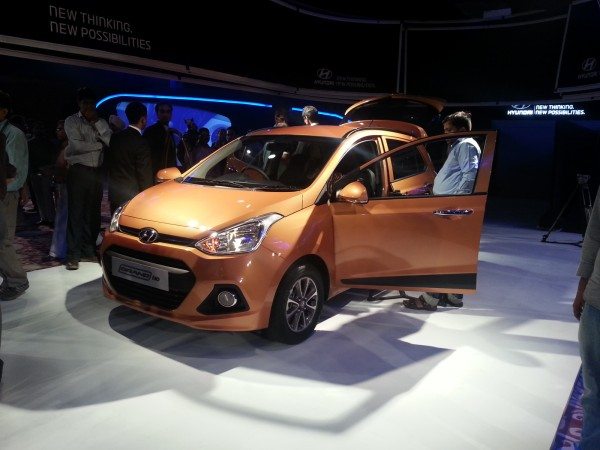 In a surprising development, it has emerged that the recently launched Hyundai Grand i10 Diesel will soon get an Automatic variant. The source of this news are several senior Hyundai Motor India Ltd. officials, who have told the good chaps at Motoring that the Grand i10 Diesel is about to get a four-speed automatic transmission option.

Other than getting a new auto transmission, the engine of the Grand i10 Diesel would continue unchanged. The Grand i10’s 1.1-liter U2 three-cylinder diesel engine has a max power of 69 bhp and peak torque of 15.6 kgm. It is highly likely that that the Auto ‘box will be offered in the top two trim levels.

While the 1.1. Diesel engine variant will get an auto transmission next month, the carmaker hasn’t yet revealed the launch date of the Hyundai Grand i10 Petrol Automatic.

However, we do hope the see the new Grand i10 Petrol Auto at the upcoming 2014 Indian Auto Expo in February next year. Stay tuned to Motoroids for more updates on the Hyundai Grand i10 Diesel Automatic launch.