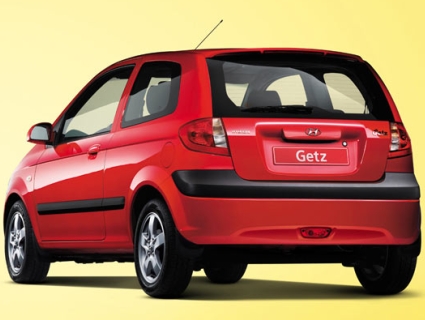 Some time back we told you about FIAT’s move of discontinuing the Palio 1.6 in the wake of dropping demand and the new stringent emission norms. Well, another premium hatchback is now facing the same fate – the Hyundai Getz. Hyundai’s first premium hatch in the country, the Getz, was launched back in 2004 for a price tag of Rs 4.5-lakh – a segment which is currently tackled better for Hyundai by the i20. Hence it comes in as no surprise that Hyundai will now discontinue the Getz and instead divert its efforts and space on the production line to the i20. The i20 was expected to sell at 2,000 units per month but the demand has reached an average of 5,000 units a month. The Getz on the other hand hasn’t been doing all that great in recent times, so we are not sure how much of an advantage it would provide on the production line after it is discontinued. Nevertheless, Hyundai expects the waiting period for the i20 (and the i10) to come down after this move. That said, the i20 is also expected to add more variants in its line-up soon – umm, didn’t they have too many already?