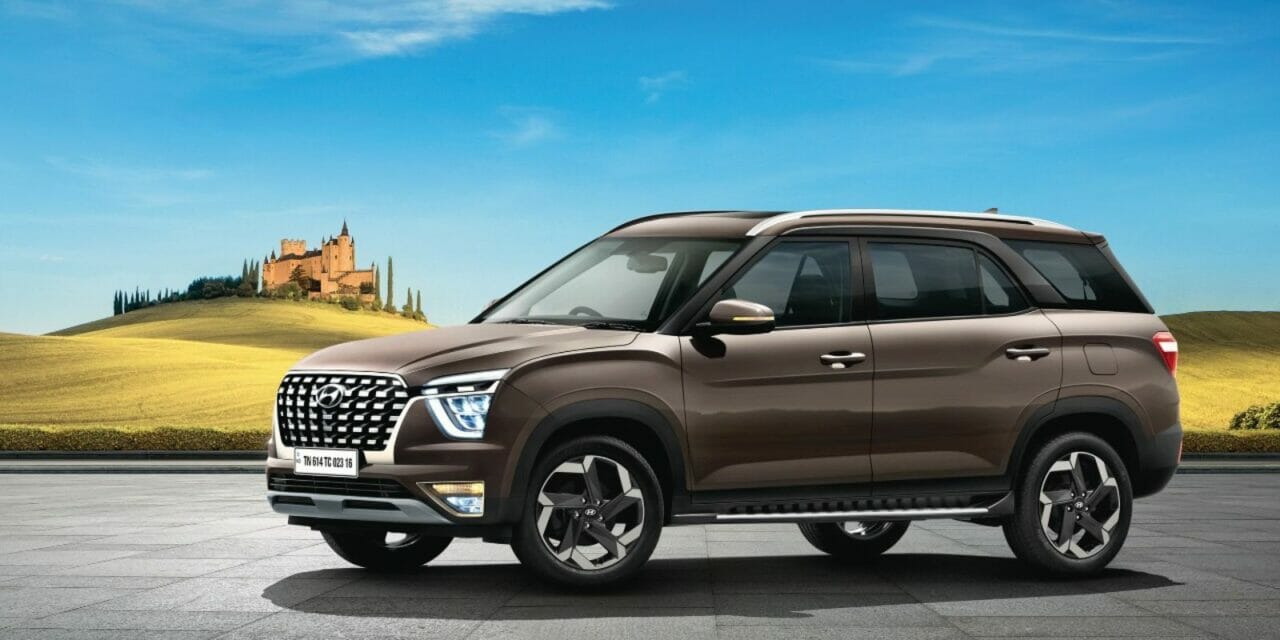 The Hyundai Alcazar has been one of the most hotly-anticipated cars of recent times, at least in the Indian scheme of things. It should have officially landed on our shores a couple of months back but then, we know who to blame. The Korean carmaker has now launched the Alcazar in India. The Alcazar’s starting price is set at INR 16,30,300 ex-showroom for the Petrol 7-seater MT Prestige variant while the top-of-the-line Diesel 6-Seater AT Signature variant will set you back by INR 19.99 Lakh, ex-showroom.

The prices are introductory so we can expect the Korean carmaker to increase the prices in near future. Alcazar is being offered in three broad variants – Prestige, Platinum and Signature – across petrol and diesel engines, and across six and seven-seat layouts. 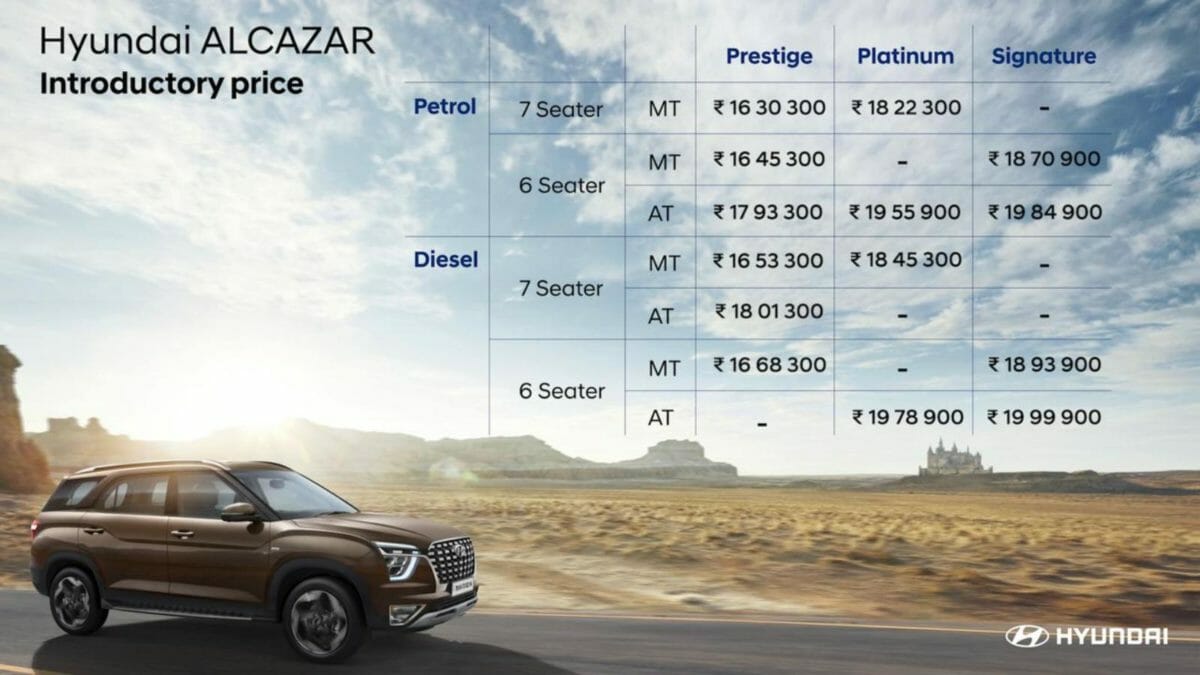 Both the SUVs have the same tri-beam LED headlamp setup but the Alcazar gets a slightly different chrome-studded cascading grille. The rear overhang seems longer than before and that has been done to accommodate the extra row of seating. 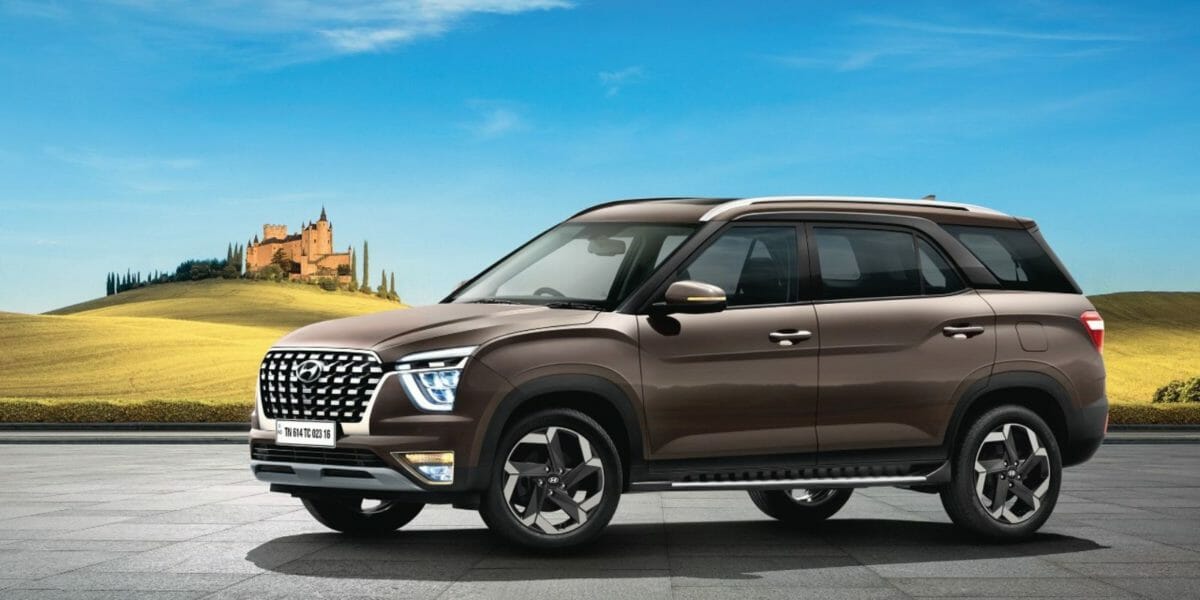 The profile of this SUV is quite similar to Creta except that it’s visually longer, thanks to 2,760 mm of wheelbase, which is 150 mm more than that available on the Creta.  The increased length is further reinforced by the step-board and the new design for the 18-inch alloy wheels sets the Alcazar apart from its five-seater sibling. 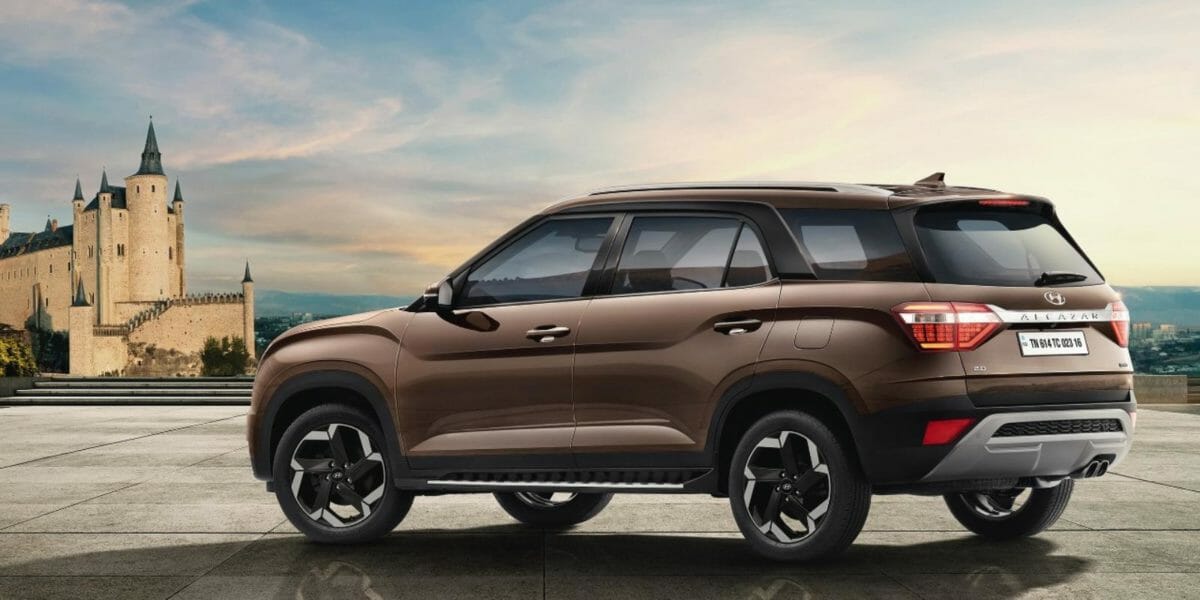 The cabin oozes premiumness and in a typical Hyundai fashion, is loaded with features. It is evident that the interior is a huge upgrade from the Creta’s and packs in more features as well. 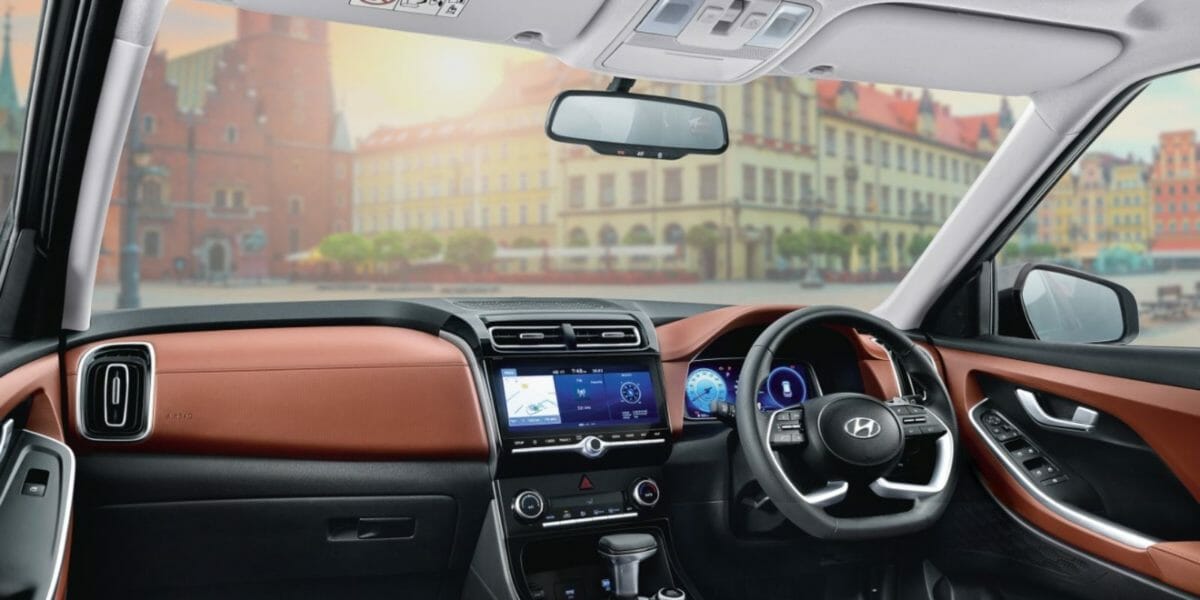 For starters, it features a lovely Dual Tone Cognac Brown shaded interior as opposed to the black and beige theme we have seen in the Creta. 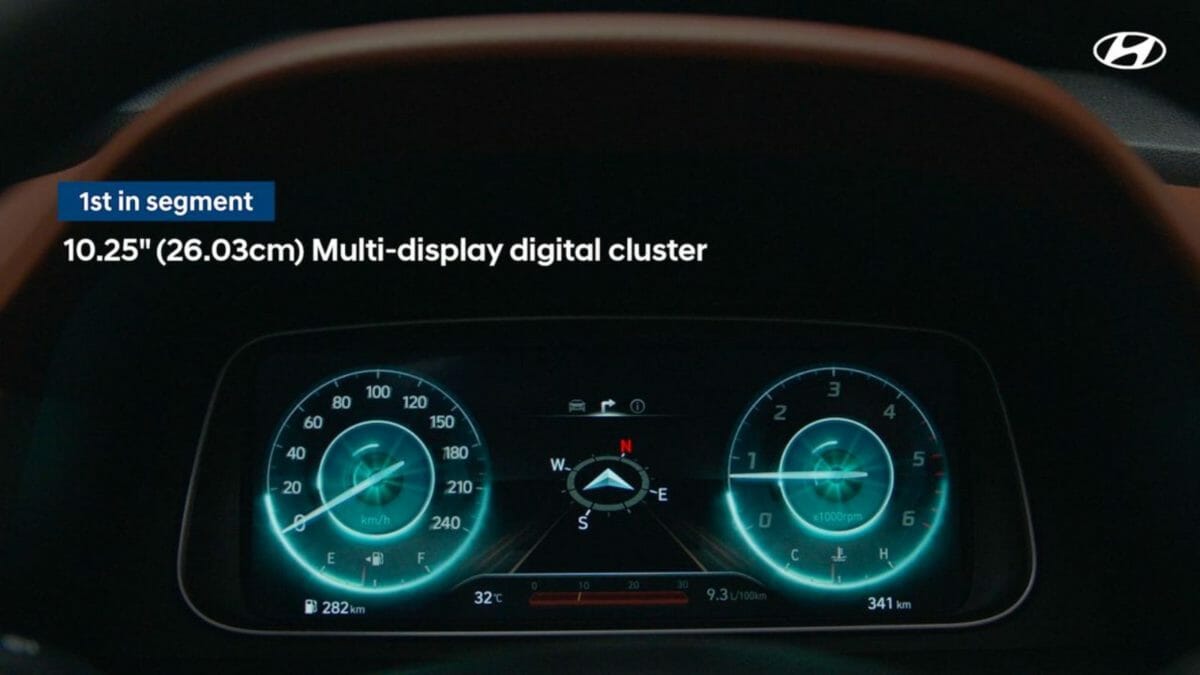 Hyundai has been stressing on the fact that the Alcazar will boast of many segment-first features and that stands true. It gets a 10.25-inch multi display digital instrument cluster that is still a novelty in its segment. Hyundai has paid special attention in making sure that the Alcazar comes out as a luxurious people-haulier. 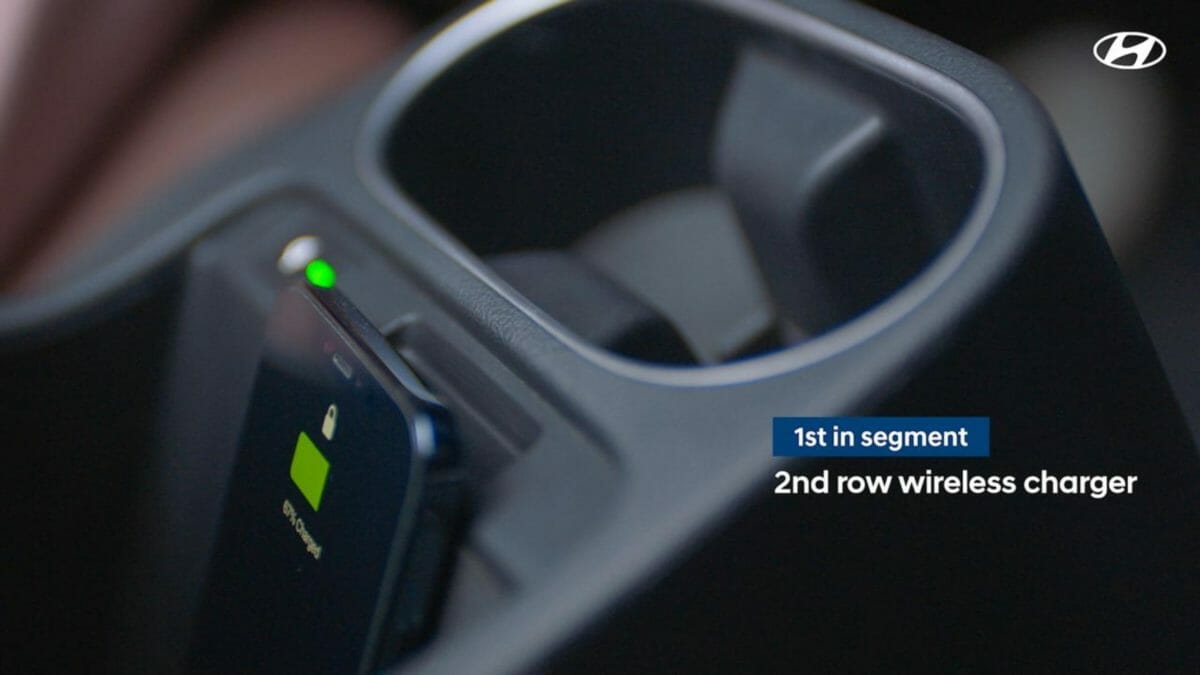 The reason why we see a wireless smartphone charger in the middle row as well while it also gets an integrated armrest and two cup holders. The Alcazar comes with another unique feature – folding tables behind the front row seats, with a retractable cup holder. This makes the second-row seats perfect for people who prefer being chauffeured around. 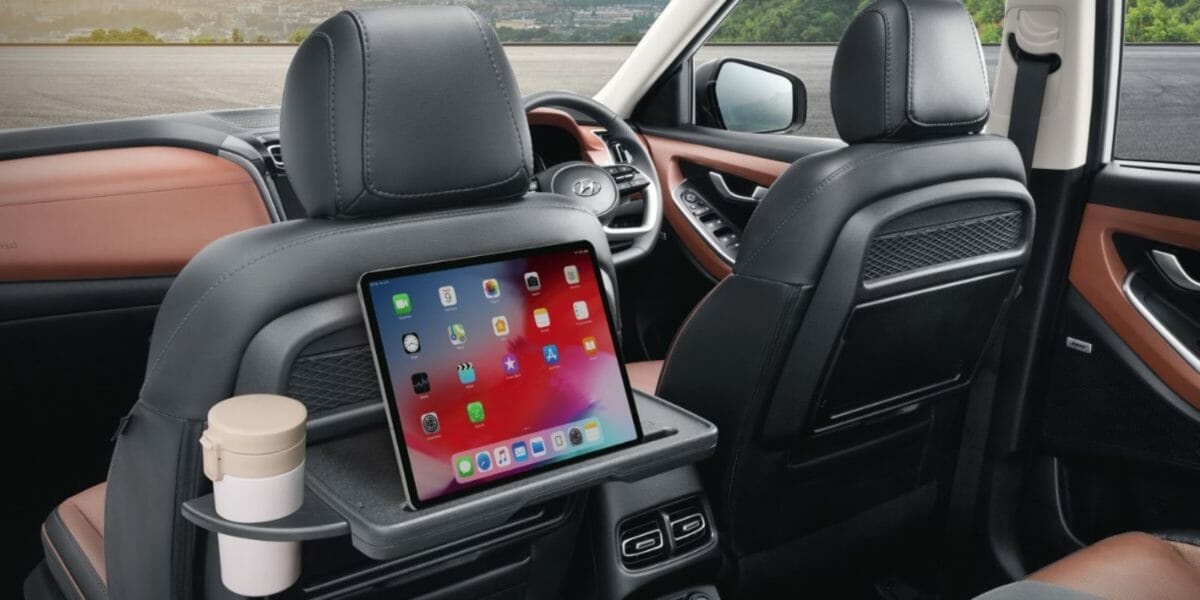 The feature list is rather long and it also includes some more unique features like the Blind View Monitor (BVM). This system allows drivers to check their blind spot via the camera feed on the digital instrument cluster. For additional convenience, the SUV gets a 360-degree camera as well. 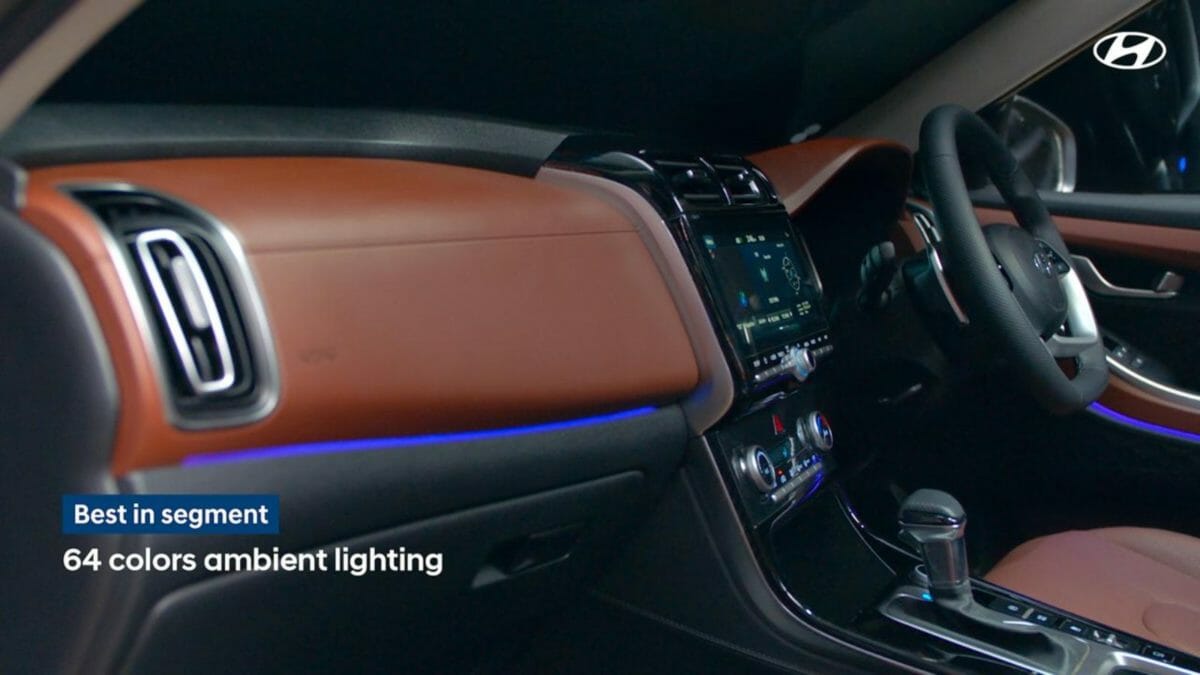 To keep the people entertained inside the cabin, Hyundai has also thrown in additional bits like a Bose Premium Sound System (8 Speakers) and 64 Colors Ambient Lighting. 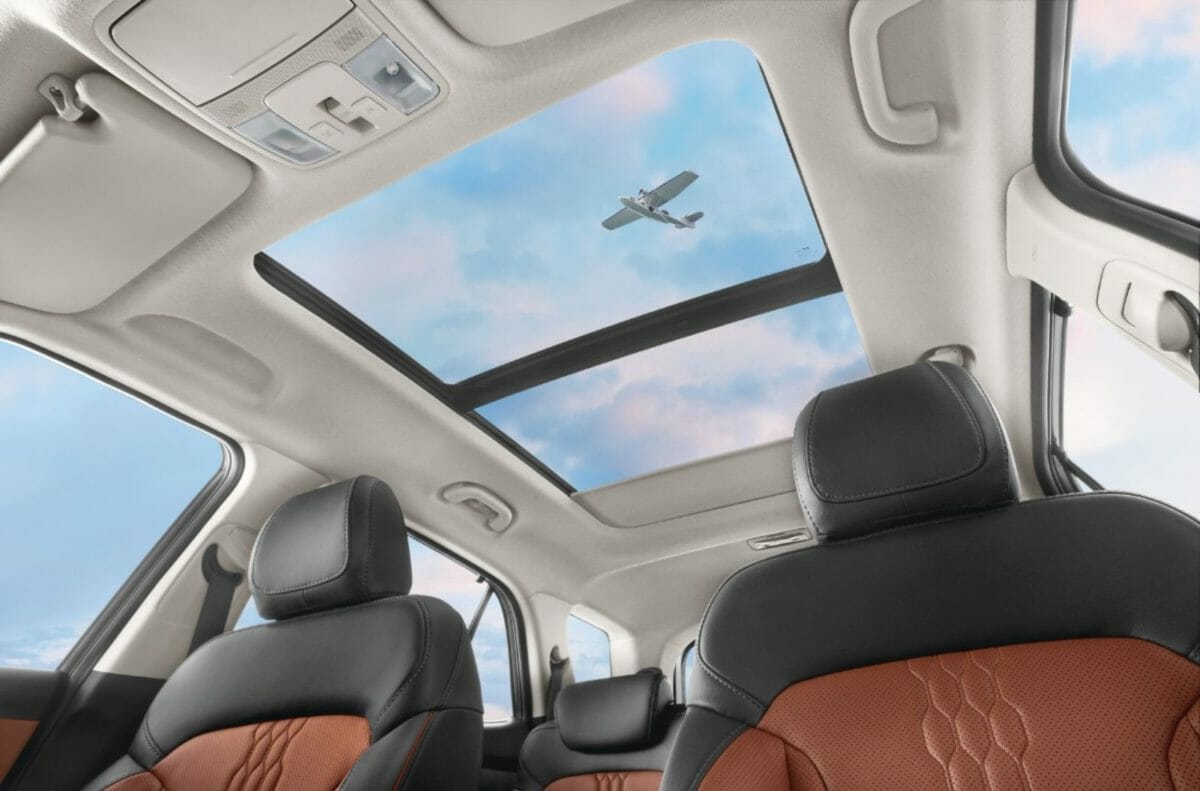 While Hyundai Creta is available with three engines — 1.5-litre petrol, 1.4-litre turbo petrol, and 1.5-litre diesel — the Alcazar is available with a choice between a 2.0-litre petrol engine and a 1.5-litre turbocharged diesel powerplant. The petrol unit is the third generation Nu 2.0 unit that puts out best-in-segment 157 bhp and 191 Nm of peak torque. Hyundai noted that the Alcazar petrol can go from zero to 100 km/h in less than 10 seconds. 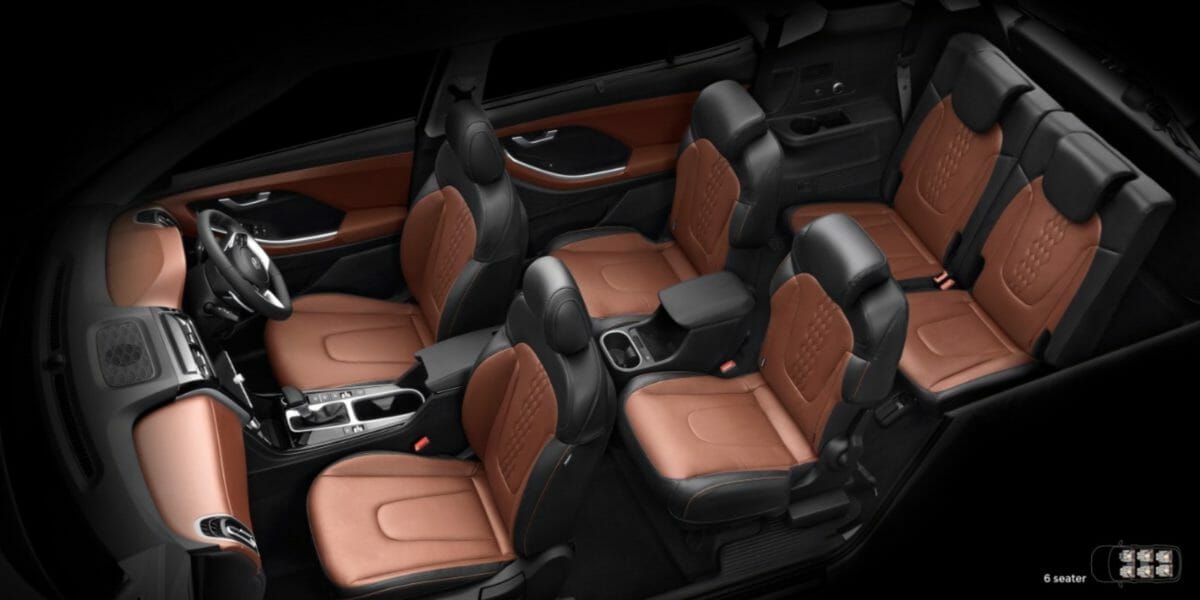 The 1.5-litre diesel engine, on the other hand, develops 113 bhp and 250 Nm of peak torque, which is the same as in Creta diesel. Both the powerplants are available with a choice between a six-speed manual gearbox and a six-speed automatic transmission. Hyundai claims that both the engines on the Alcazar deliver best-in-segment fuel economy. These gearboxes have been taken from Creta but the company claims to have improved them for better performance.