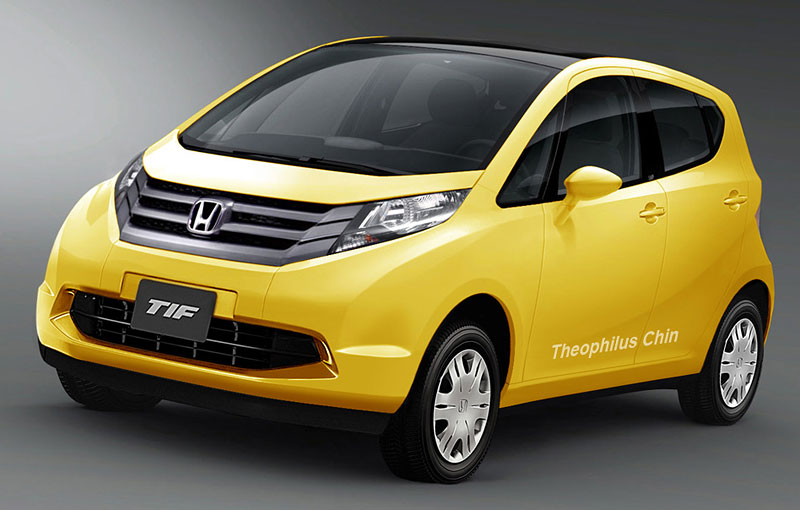 Here is one more reason for you to attend the upcoming 2010 Indian Auto Expo! Honda has officially announced that it will be taking the cover off its small car for India at the upcoming Auto Expo in January. In a statement issued to the media, the Japanese automotive manufacturer stated that “Honda’s New Small Car Concept” has been developed specially for India and other emerging markets across the globe.

Motoroids had earlier revealed that Honda was developing a small car for India which is likely to be launched around 2012. The small car is codenamed ‘2CV’ and will be powered by a 1.1 liter engine. The manufacturer is aiming at an aggressive price tag of around Rs.4.5 lakhs for its small car. The car will be manufactured at Honda’s plant in Rajasthan.

Honda’s small car codenamed ‘2CV’ is not going to be an ultra low cost car. With this car, the manufacturer will be making a foray into the ‘B segment’ of the car market and will compete with the likes of Maruti’s Swift, Ritz and other offerings in that segment. The company had earlier confirmed that their new small car will be smaller than its Jazz.

Automotive sales have slowed down lately across the globe except in India and China.It is but natural for all automotive manufacturers to rely on the auto markets of the above two countries to drive sales. In India the disposable income of the common man is also increasing rapidly and Honda intends to cash in on that with the launch of its ‘2CV’.