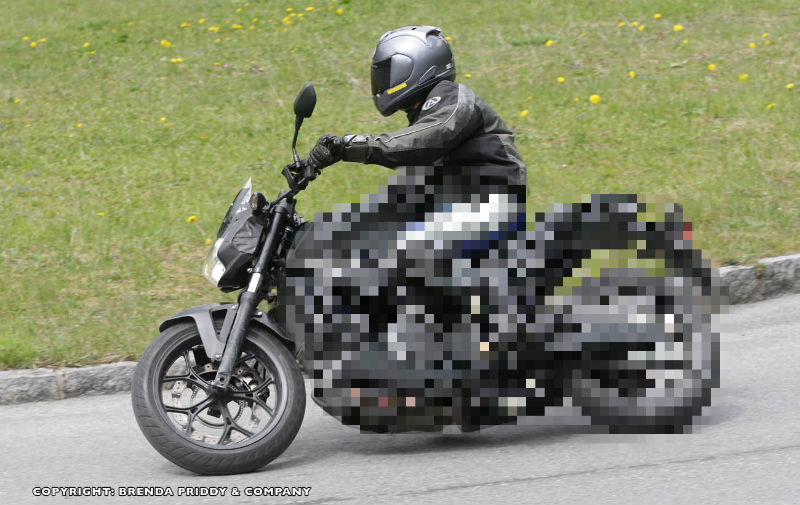 Honda is planning an all new 700cc motorcycle for the world with a VFR1200F style dual clutch ‘auto’ transmission. The online version of Motorcycle News, one of the world’s best known bike publications, has exclusive pictures of this new bike. The 700cc Parallel twin motorcycle was shot while it was undergoing its final tests in the picturesque Alps Mountains.

Honda plans to introduce the bike at the Milan shown in November 2011, and the new bike should hit the roads by early-mid 2012.

Downsizing is the buzzword worldwide, be it cars or bikes. There is an increasing demand for machines which are more practical, without the preposterous power and wildness of liter class machines. The new 700 should be one such bike, inviting bikers graduating from the 250 class, but still not confident enough to tame the fury of a proper sportsbike. The bike should also appeal to riders who favour practicality and comfort over sheer performance. As goes without saying, the cost of the bike will be lower than its bigger sibling, which should make it suitable for developing markets like India as well.

The new bike appears to sport a bikini fairing – not even half. The wheels are a set of five spokes which fork out at their ends into 10. The front forks too are not upside down, which means this bike is not an out and out sports bike. There’s only one disc up front, further supporting the not-so-hardcore character of the bike. No specs about the power or torque have been released, but we don’t expect this one to create any new records in terms of specific output. Expect a sober 80-90PS of power, with similar figures in Nm for torque.

MCN’s 25th May issue carries the un-pixelated pictures and more details on the bike. Grab your copy, if you wish to know more about this new Baby from Honda.