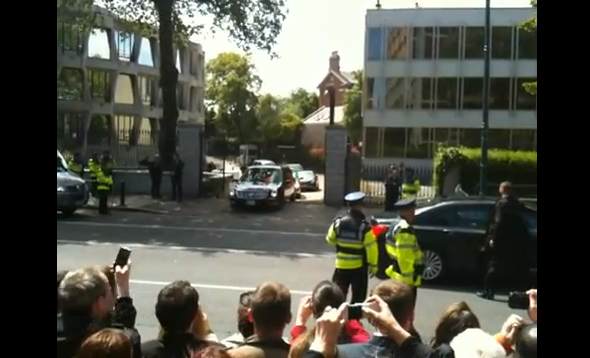 Mr Barack Obama needs no introduction. The world’s most powerful man who is currently feeling like a world hero by capturing and killing Osama Bin Laden,was recently caught in a sticky situation. Obama’s Cadillac One which is the world’s safest car, with a capability to survive bullets, bombs and even chemicals got stuck. The car was part of an epic fail moment as Mr. Obama made his  way out from the Dublin embassy.

On closer inspection you will see that the guard car which is the 7 series also got scratches under the belly while making its way out.  A technical flaw? Shouldn’t be easy for assailants to halt Mr. President’s car with that little ground clearance, and that long wheelbase.