Home Honda Honda to enter WTCC with the New Civic 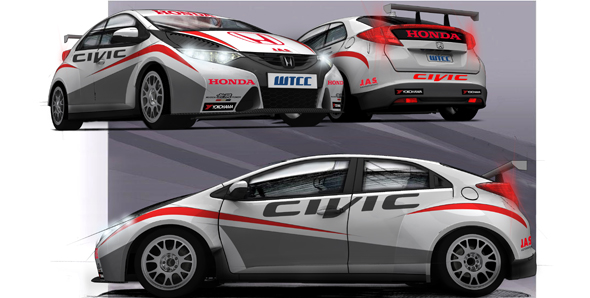 It feels nice to see WTCC Chevrolet Cruze on the television. I feel immensely proud of the fact that the road going version of the car can be bought in India. The good news is that soon, we might get to be even more proud. Popular Jap auto maker Honda has announced their plans of entering the FIA World Touring Car Championship (WTCC).

The car to be used will be the 2012 European Honda Civic in a 1.6-litre 4-cylinder turbocharged avatar. This car has been developed by J.A.S Motorsport and Mugen. Yes, before you point out, I know that the European version of the new Civic car is not and will not be here but we should be getting the American sibling of the aforementioned car in near future.

Also, Honda has made an official announcement that they will be entering a two-car team in the next year’s championship.