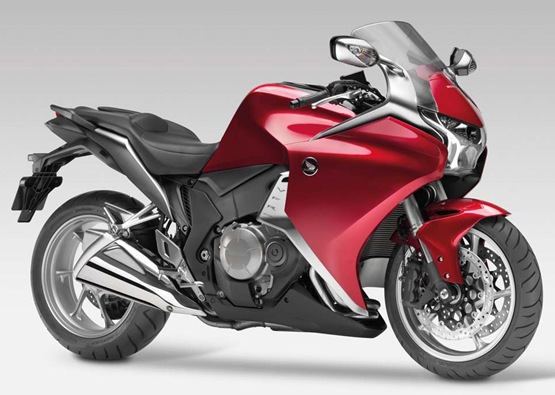 No one is perfect. Not even Honda, which has a reputation for making the most ‘perfectly’ reliable engines across the world. The Japanese bikemaker is recalling a batch of the much talked about Honda VFR1200Fs sold in the UK. The company believes that they may be some metal shavings inside some of the engine, which may cause an engine failure.

Some of the Honda VFR1200F customers had experienced an abnormal engine noise. When Honda’s technical team investigated the issue, they realised that there was some aluminium swarf (metal shavings) present in some VFR1200F engines. Only some of the machines, which apparently have been manufactured over a specific period of time have been effected. Some 392 machines, in total potentially have the said problem.
Honda recalled these bikes as the sward may have caused a potential problem with the engine and, a possible engine seizure in the worst case.

Honda will shortly contact the owners of the potentially effected machines, and their bikes will be recalled. The engines of these bikes will be carefully inspected. If no swarf is found, no action will be taken, but in case any swarf is found, a replacement engine assembly will be fitted.

Honda has also issued an apology to the customers affected by the issue. We just hope this is a one-off, for Honda’s legendary reliability is too precious a crown to lose.