It is a well known fact that Honda has begun the production of the Mobilio at their new plant. According to reports, the Honda Mobilio India launch is scheduled to happen sometime in the month of July. Here on this page, we have brought you the first spy pics of the Honda Mobilio test mule which has been spied on the Indian soil. Honda had showcased the Mobilio at the Auto Expo 2014 in February. 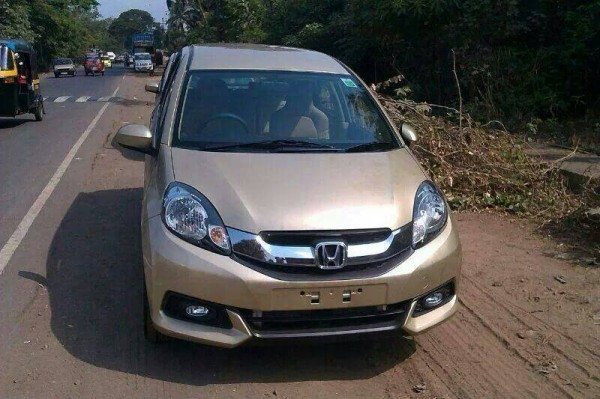 The test mule seen here wears no camouflage and even the registration plates on the car are absent. The MPV seen here in the pics is the top-of-the-line V trim Mobilio. It sports the I-DTEC badge under the Mobilio badging.

The Honda Mobilio MPV has a three rows of seats and can seat seven in sufficient comfort. The MPV reflects Honda’s “Man Maximum Machine Minimum” philosophy and many reports suggest that the car is more spacious than the Ertiga. The Mobilio measures 4.4 metres in length and has a ground clearance of 185 mm, which is more than the ground clearance of the Amaze sedan and some pseudo SUV’s. 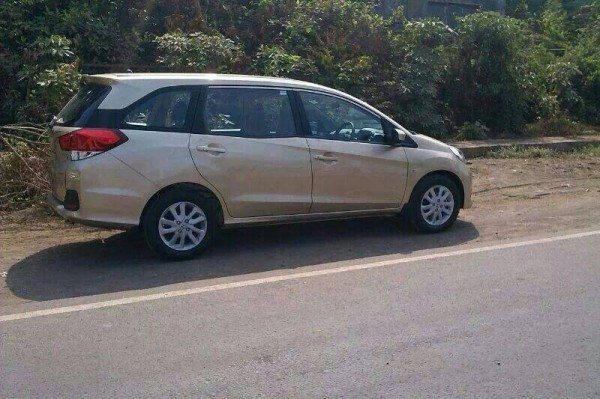 Under the hood, the India spec Honda Mobilio will get the same 1.5 litre, 4 cylinder, 115bhp iVTEC petrol engine that powers the City sedan. The diesel variant seen here in the images is powered by the 1.5 litre iDTEC diesel engine which also does the duty in the City and Amaze sedans. This diesel motor churns out 100 PS of power while delivering an ARAI certified fuel efficiency of 25+ kmpl. 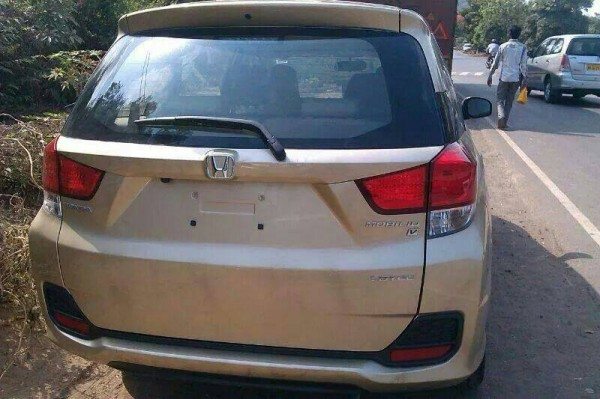 It is being expected that the Honda Mobilio will go on sale in India for a starting price of around INR 6-7 lakhs.

Stay tuned to Motoroids for more updates on the Honda Mobilio India launch and other details.