Honda Marine has given boat owners a glimpse into the future by revealing a stunning concept engine at the 2017 Miami International Boat Show.

Designers at Honda’s Advanced Design Group drew inspiration from the 2017 Acura NSX Supercar for the prototype, making it taller, slimmer and more sculpted than current engines. It, like the Acura NSX, also features honeycomb mesh trim and a floating winged blade.

For the Miami reveal, Honda Marine had an Acura NSX on show next to the concept engine, and in the same colour — Nouvelle Blue Pearl — indicating that different colours could be available should the engine go into commercial production. 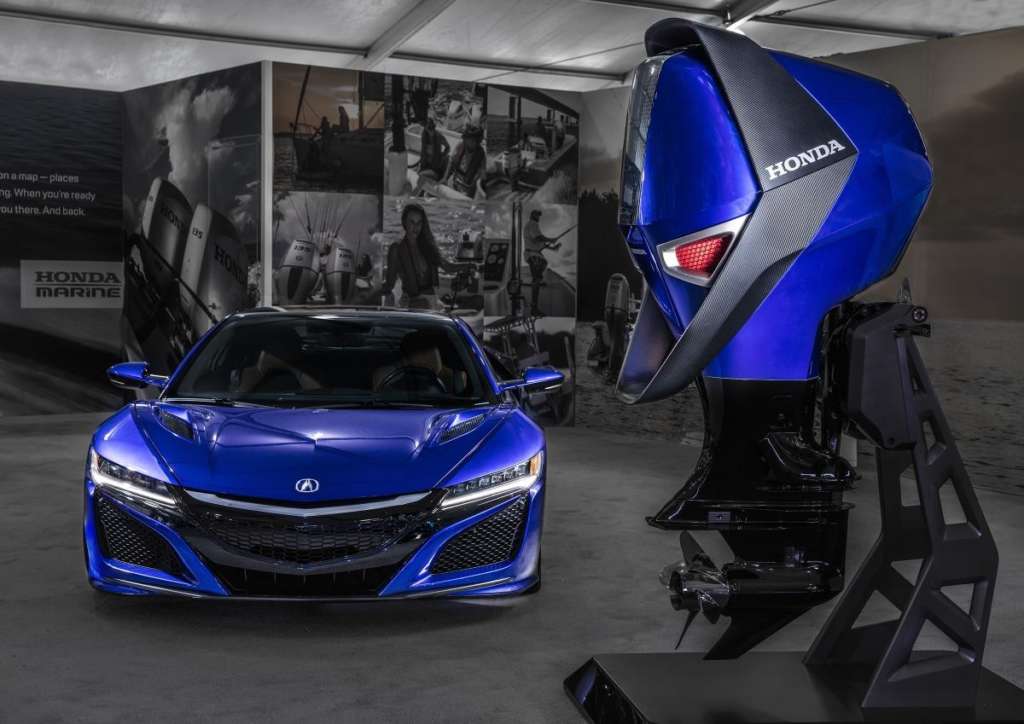 Will Walton, Assistant Vice President, Honda Marine, said: “The Honda Marine Design Concept Engine is a clear indicator that Honda is committed to the marine business, continuing its legacy of innovation and groundbreaking marine products with a vision of what future Honda Marine power could be.

“The inspiration for the design of this engine was driven by the feeling you get when at the helm of a powerful boat on the water –the rush of excitement, the exhilaration and freedom, the feeling that hits you immediately with the boat at full throttle and the water and air around you.”