Honda has finally launched the new Hornet in India. The Japanese bikemaker has rested all the speculations that it will be named as CB Hornet 200R and has dubbed it ‘Hornet 2.0’ instead.  A few days back, Honda had dropped a teaser video of the Hornet 2.0 that revealed some juicy details. It has been priced at INR 1.26 Lakh (ex-showroom). It will be positioned in the 180cc-200cc space. The Hornet 2.0 has gotten better in every aspect and is placed in a more premium segment.

Honda has bumped up the displacement and now the Hornet 2.0 utilizes a 184.4cc engine. The new engine belts out 17.26 hp of power and 16.1 Nm making it slightly more powerful than its previous avatar. PGM-Fi system uses 8 onboard sensors to constantly inject optimum fuel and air mixture to provide greater performance and superior efficiency. Smooth power delivery is ensured with a roller rocker arm which helps in the reduction of friction losses. The new engine also comes equipped with a piston cooling jet that acts as heat absorbent hence improving engine thermal efficiency and giving a superior fuel efficiency. It promises best-in-class mid-range torque and can cover 0 – 200m in 11.25 seconds. The engine is mated to a 5-speed gearbox. 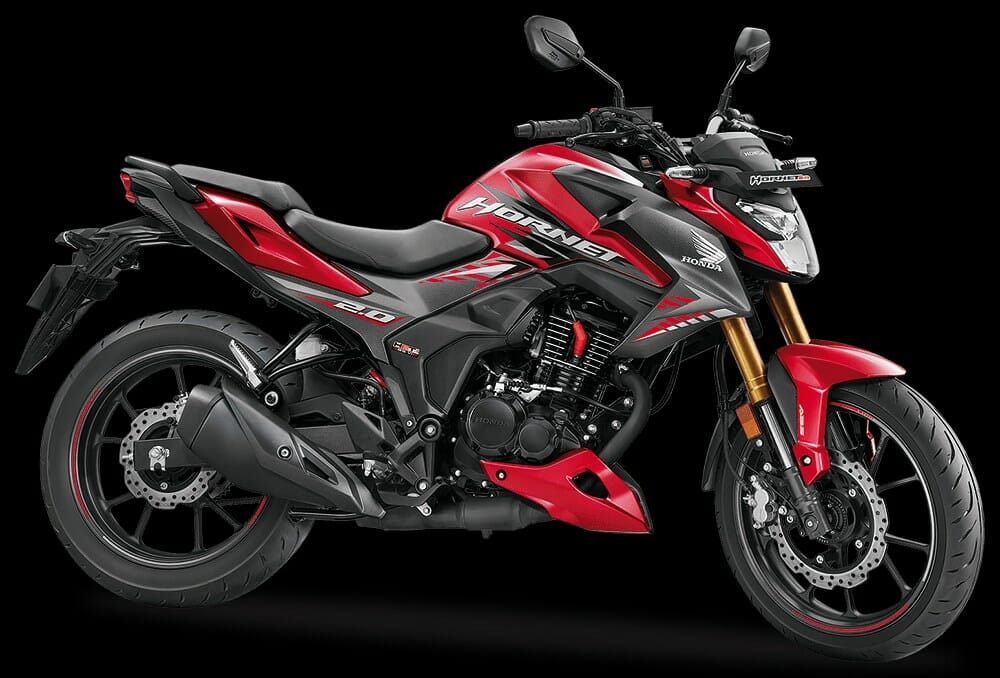 The bikemaker has used LED lights all around the motorcycle. It will be offered in four colour options: Matte Axis Grey Metallic, Matte Marvel Blue Metallic, Matte Sangria Red metallic and Pearl igneous black. Front tyre measures 110/70-17 while the rear measures 140/70-17. Both the tyres are tubeless units. The instrument cluster gets a voltmeter, gear position indicator and service due indicator. It also comes with customizable brightness (can be adjusted manually up to 5 levels). 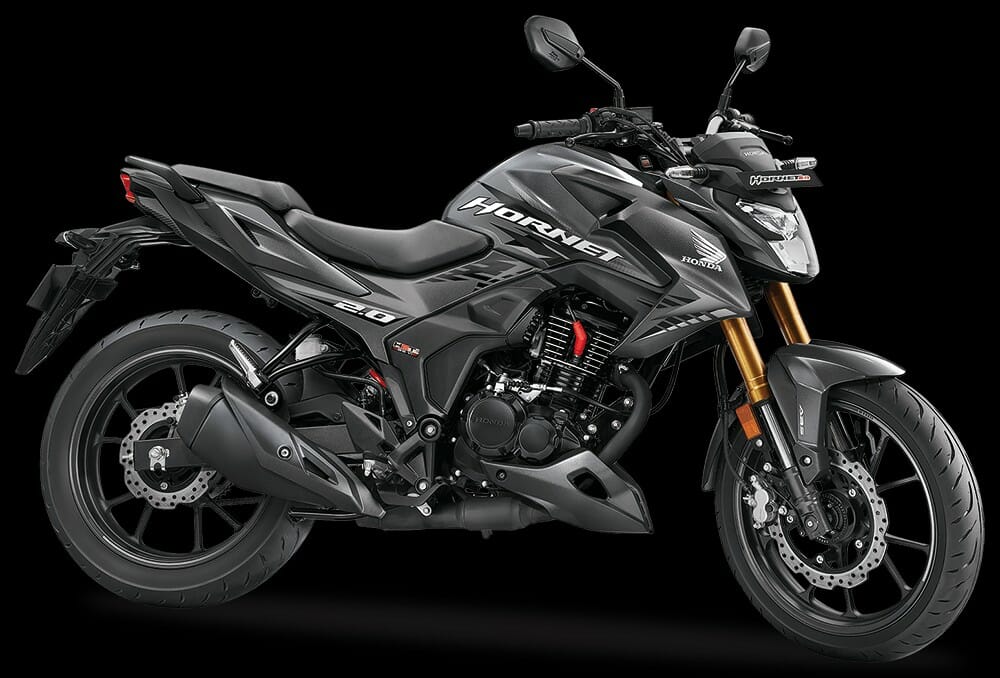 Braking duties are handled by a 276mm petal disc up front and a 220mm rear disc and comes with a single-channel ABS. The bike weighs 142 kilos and fuel tank capacity is 12 litres. The saddle is a split-type affair. The bike is built on an entirely new diamond-type frame. It also gets gold-finished USD forks, engine stop switch, sealed chain and a hazard light switch. As another industry first, Honda will also be offering a special  6-year warranty package (3 years standard + 3 years optional extended warranty) on Hornet 2.0.

Commenting on the launch Mr Atsushi Ogata, Managing Director, President & CEO, Honda Motorcycle & Scooter India Pvt. Ltd. said, “Inspired by the dreams of the new age customers & their passion for riding, we are pleased to introduce all-new Honda Hornet 2.0. With its advanced technology & thrilling performance, new Hornet 2.0 is set to create a new benchmark among the young motorcycle enthusiasts. It is the beginning of Honda’s new era of portfolio expansion catering to a wide range of customers in India”. 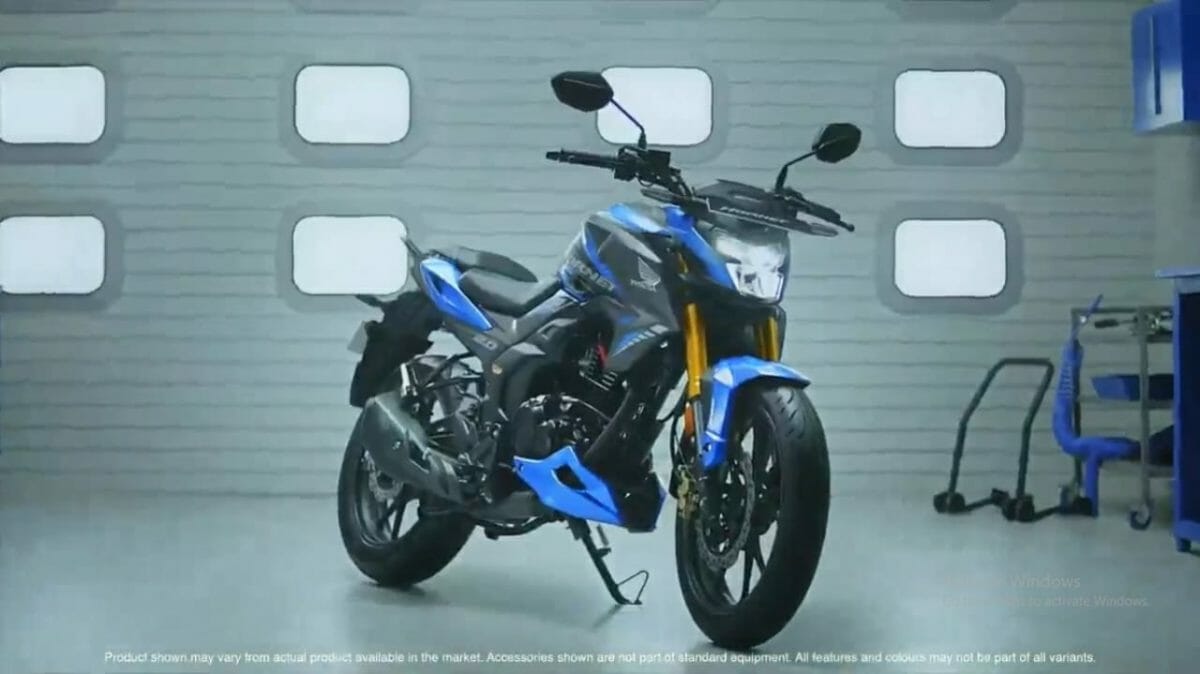