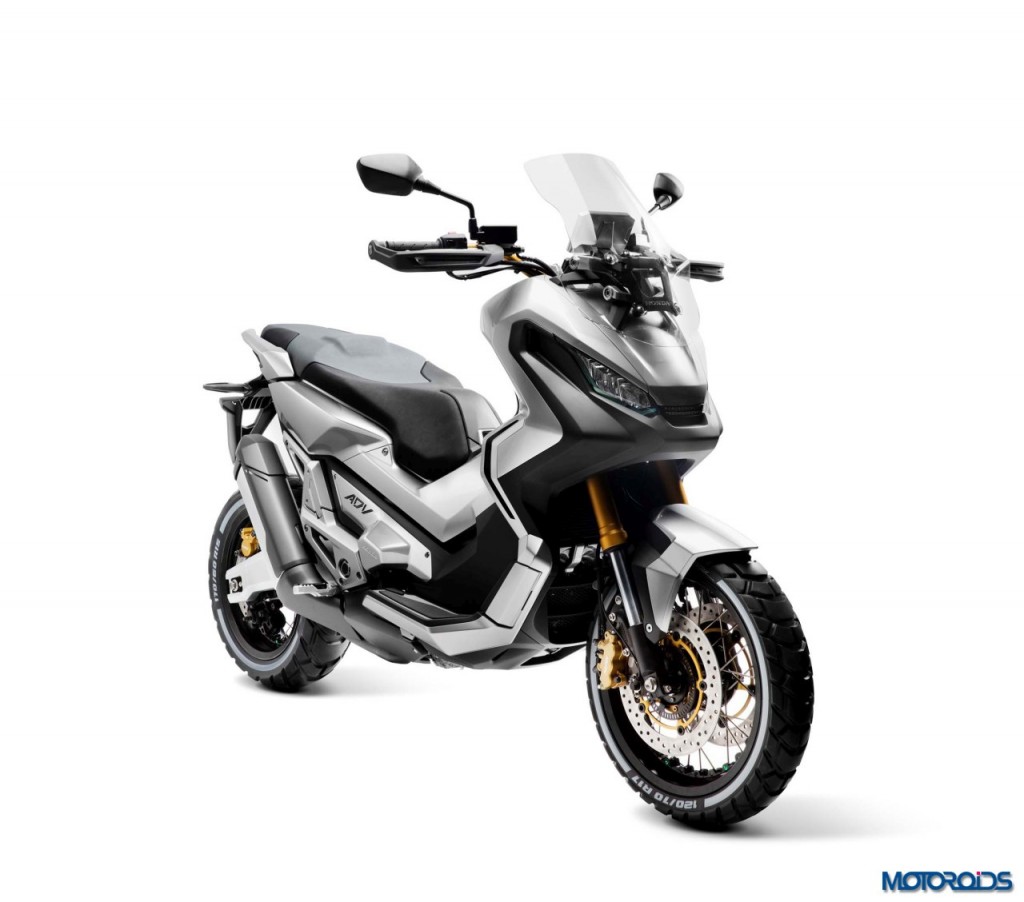 The 2015 EICMA motorcycle show saw some really interesting concepts one of which was the Honda City Adventure concept urban ‘off-roader’ scooter. The idea of an off-road machine, based on a scooter and meant for the cities did not go down too well for many, including us. The concept seemed way to fantasy driven, and the possibility of the concept making it to production seemed bleak – until now that is. A new report from motoring portal Moto-Net suggests that the adventure scoot is expected to be a mass-production model, will go into production in 2017 and will be tagged as ADV – which did not come as a surprise as the concept was tagged with the name “ADV” on the side panel. 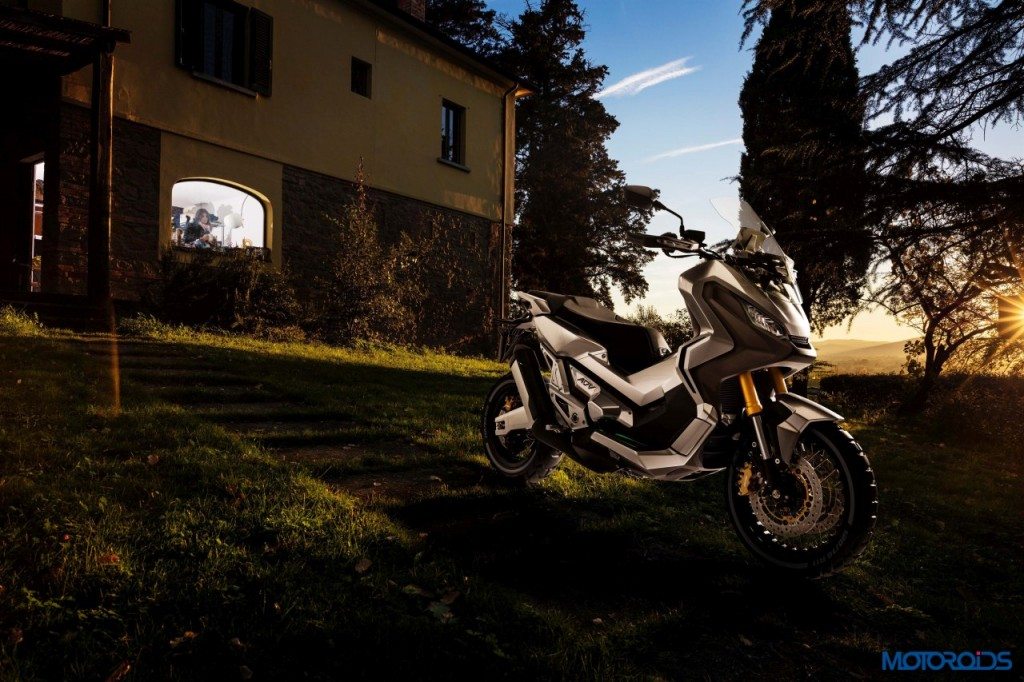 Production models are generally heavily watered down as compared to their concepts and the Honda ADV will be no different. Honda France’s Fabrice Recoque told the motoring portal that production spec scoot will be quite different from the show scooter, he also promised that it will be an advanced machine. He also added that the studded tires will perhaps not be as pronounced and the brake calipers would not be Nissin. 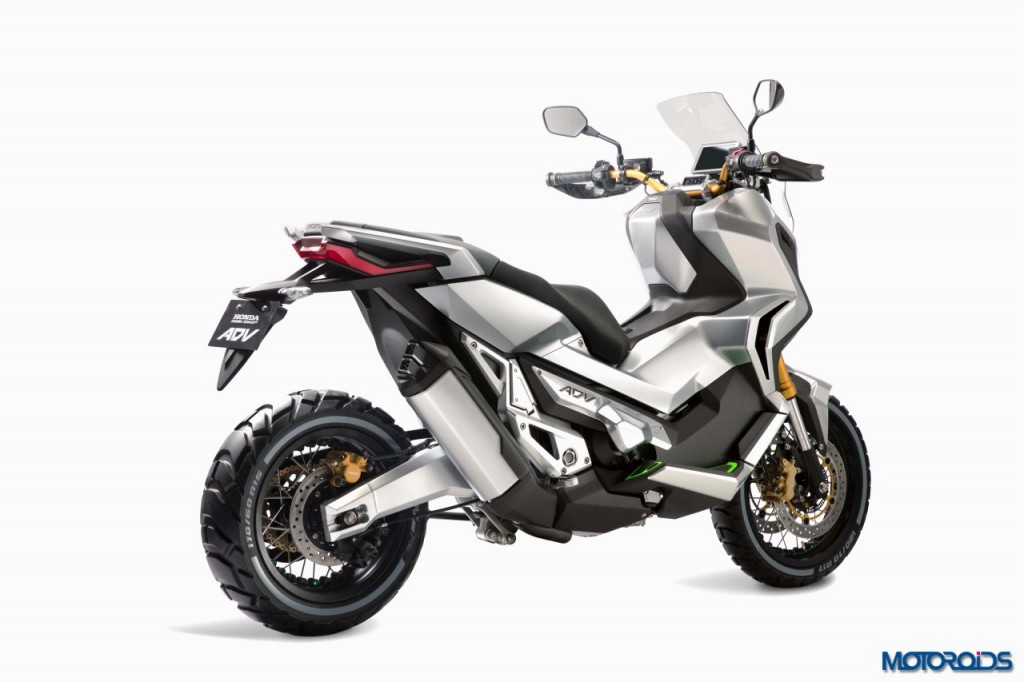 Speaking about this concept scoot at the EICMA show, Honda said in a press release, “Complementing Honda’s returning icon, the City Adventure concept offers a totally new interpretation of the idea of motorcycling adventure. It brings that spirit of adventure to the heart of the city and underlines Honda’s commitment to researching new ways of creating unique technology to enhance and enrich its customers’ lifestyles.”

As suggested by Fabrice Recoque, this upcoming adventure scooter will hit the production line in 2017 thus we expect Honda to announce more details and possibly unveil the production spec model at next year’s EICMA. Meanwhile you can share your views about the upcoming Honda ADV with us through the comments section below.