The Honda CB300F, the naked sibling of the Honda CBR250R, has been confirmed for production. According to leaked sketches and reports from California Air Research Board, it appears that the bike has been approved for emission regulations. 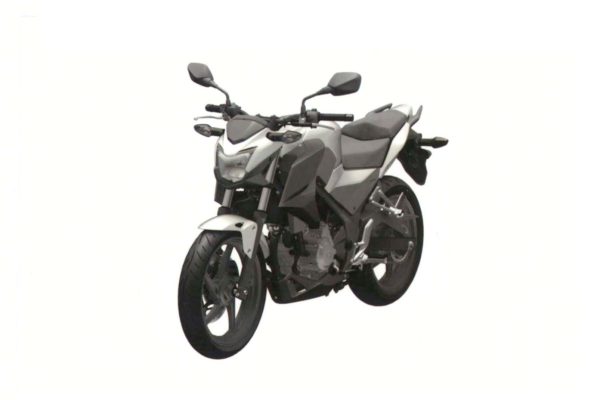 The Honda CB300F was not the only bike mentoned in the leaked reports. In the certification documents, the names CBR300R, CBR300RA ( ABS equipped version ) and CB300F have been mentioned. It appears that the trio of bikes are in the final stages of production, and were sent to California Air Research Board for emission testing.

The Honda CB300F has been in the news for quite sometime. Inspired by its bigger streetfighter sibling CB500F, the Honda CB300F is menacing to look at. Its headlamps and the skimpy fairing are a reminiscence of the half-litre streetfighter motorcycle. The remaining parts of the Honda CB300F are carried over from the Honda CBR250R. Shared parts will include the mudguards, seats, exhaust and the tail cowl. This is expected to keep prices low, quite similar to the shared platform principles employed by carmakers.

The differences will arise in the riding and seating position. Take for example the handlebars. It can be seen from the images that the handlebars are a bit raised as compared to the faired Honda CBR250R. In addition, the foot pegs will be somewhat rear-set, which will provide the Honda CB300F a position that is sporty-yet-comfortable. 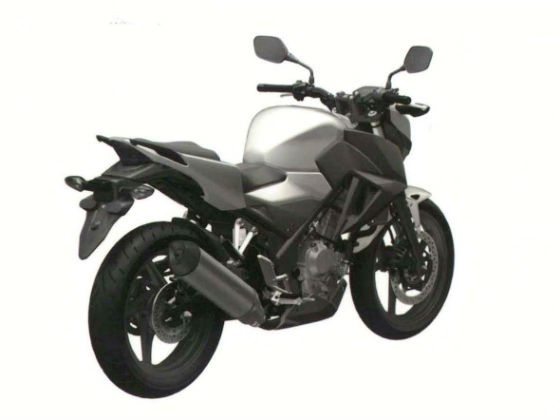 Mechanically, the Honda CB300F will be exactly similar to the faired sibling CBR300R. There will be the same 286 cc, single-cylinder mill producing a peak power of 30.4 hp at 8,500 revs. The peak torque rating of 27 Nm comes at a lower 7,250 rpm. The engine is actually a bored-out version of the 249 cc motor used on the Honda CBR250R. Honda might tweak the tuning a bit to provide the riding character which will be needed in a bumper-to-bumper traffic that will be encountered by the streetfighter. The power will be transferred to the rear wheel via a chain-drive connected to a six-speed tranny. Disc brakes are present at both the front and rear, but ABS doesn’t appear to be an option.

Since the Honda CBR300R will be launched in India by 2014-end to replace the Honda CBR250R, we expect the Honda CB300F to come into the Indian market by early-2015. It will be pitted against the likes of the Suzuki Inazuma and the Kawasaki Z250.