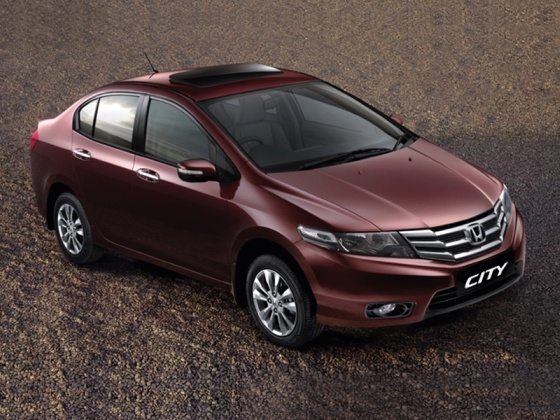 Honda Cars India Limited (HCIL) has announced a new phase of growth for the company’s business in the Indian car market.  Building on its vision for the Indian market, HCIL announced an investment of Rs2500 crore in its Tapukara plant in Distt. Alwar, Rajasthan to build a new assembly line for cars with an annual installed capacity of 1,20,000 units, a new diesel engine component production line and a Forging plant.

With the objective of strengthening and providing products which exceed diverse customer expectation with more speed, Honda changed its global organization structure from 1st April 2013 and has appointed Mr Yoshiyuki Matsumoto, Managing Officer, Honda Motor Company as “Representative of Development, Purchasing and Production in Asia & Oceania Region” who will be based in India to control all Asia & Oceania Region.

The company also showcased its revolutionary 1.5L i-DTEC diesel engine, the first Indian application of Honda’s next generation Earth Dreams Technology, which will change the face of diesel capabilities available in India.The i-DTEC technology will debut in the soon-to-be-launched Honda Amaze and will be adopted sequentially in new models being introduced.

Located in HCIL’s Tapukara plant in Distt.Alwar, Rajasthan, about 75 km from Delhi, the new assembly line and forging plant is scheduled to be ready within 2014 and is expected to generate fresh employment of 2200 people at the start of production. Combined with the capacity of the new plant, HCIL’s total installed production capacity will be increased to 240,000 units/ annum in 2014.

The new diesel engine component production linewith a manpower of 265 employees has just begun the mass production of the critical engine components for the i-DTEC engine manufacturing the cylinder head, cylinder block, crankshaft, connecting rod, clutch case and transmission assembly which are supplied to Greater Noida plant where Amaze is being manufactured.  In addition to fulfilling domestic market needs, it will also export transmission parts to the European market.

Speaking on the occasion Mr. Hironori Kanayama, President & CEO, Honda Cars India Ltd., said“We are now set to expand our business in the country by entering the diesel segment with the all new Amaze scheduled to be launched on April 11.  With addition of diesel power, the universe in which we operate will increase to around 50% of the total passenger vehicle market over the next few years. We have opened the bookings for the Honda Amaze from 1st April 2013.”

Announcing the investment, Mr Yoshiyuki Matsumoto, Managing Officer, Honda Motor Company, Japan said, “India is a key market for us and over the next three years, HCIL will launch five important models including the Amaze. To expand our business in the country, we are starting our preparations to create new capacity and are investing a total of Rs2500 croretowards setting up of a new assembly line for cars, a new diesel engine component production line and a forging plant at Tapukara in Rajasthan. The Rajasthan plant will have an installed capacity of 120,000 cars per year and will be ready to roll out its first car next year.”