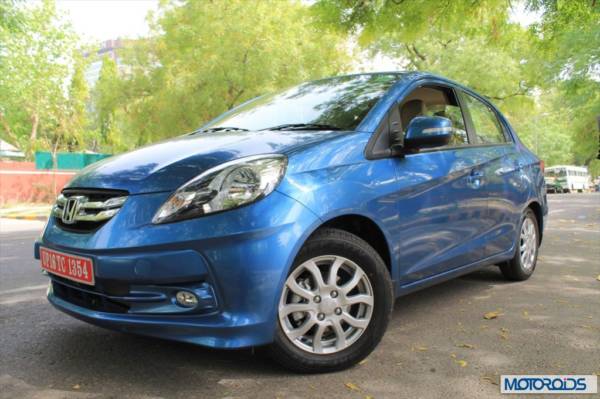 Honda Cars India Ltd. (HCIL), leading manufacturer of premium cars in India recorded sales of 8,488 units in April 2013 as against 7,075 units in the corresponding month last year. More than half of total sales came from the newly launched Honda Amaze entry level sedan. It won’t be wrong to say that the new car has not just taken the lower C segment by storm but has also helped the car manufacturer registered a growth of 20%.

Expressing delight on the company’s performance Mr. JnaneswarSen, Sr. Vice President – Marketing &Sales, Honda Cars India Ltd. said, “April 2013 was a significant landmark in Honda’s journey in India. With new investments in Tapukar plant, launch of advanced i-DTEC diesel engine technology, and rollout of new family sedan Amaze, Honda has set on a new phase of growth in the country. Amaze has received tremendous response from the customers despite the slowdown in the industry. We are confident that Amaze will drive our growth in this fiscal.”

The Honda Amaze has a lot of firsts to its credits. The Amaze is the first entry level sedan by the Indian subsidiary of Japanese car maker. The Amaze is also the first Honda car to get a diesel engine option. Powering the diesel variant of the Amaze is a 1.5 litre iDTEC engine that has 100PS of peak power and a claimed fuel efficiency of 25.8 kmpl. This makes the Amaze not just the most powerful sedan in its category but also the most fuel efficient car on sale in India. The 1.5 litre engine that powers the Amaze has been developed alongside the much hyped 1.6 litre iDTEC engine that powers the diesel variant of Civic in European car market. The 1.5 litre iDTEC engine benefits from Honda’s trademark EarthDream technology. The engine boasts of an all aluminium construction and is the lightest in its class.

Equipped with a world class engine, along with traditional Honda strengths, it is no wonder that Amaze has posted a great sales figure within less than a month of its launch. 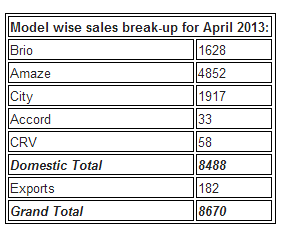