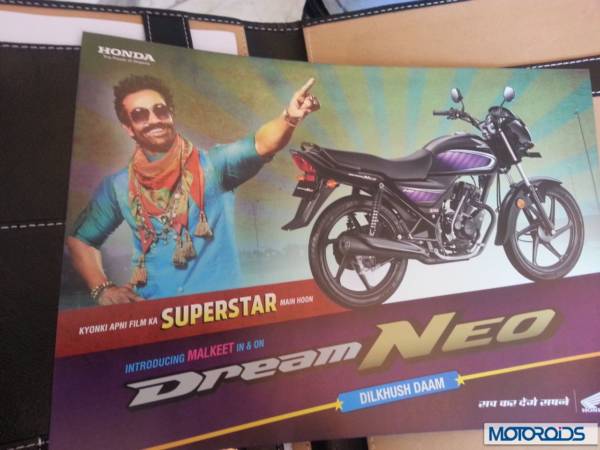 Honda have launched their latest 100cc motorcycle Dream Neo In India for a base price of Rs 43,150 ex-showroom Delhi in India. The new bike undercuts the other recently introduced commuter Bike Honda Dream Yuga by around Rs 2000, making it the cheapest bike from Honda in India. The launch will be crucial in garnering some serious volumes for HMSI in India, which is aiming at snatching the no.1 spot from hero Motocorp.

Honda sold more than 1 million motorcycles last year. Honda has exceeded the performance expectations from the bike too, with peak power rated at 8.25bhp @7500rpm and max torque of 8.63nm @5500 rpm which is class leading.

The bike will be available in three variants. here we have the prices for each one of them:

The Dream Neo features a telescopic fork front supension setup while rear has 5 step adjustable springs. Tyre size stands at 80/100×18. The dream NEo looks strinkingly similar to the Dream Yuga, albeit with altered graphics and some other minor changes.

The cheapest two-wheeler from Honda is “Dream Neo is Honda’s next big leap towards creating deep inroads into the Indian commuter segment,” according to HMSI President and CEO Keita Muramatsu.

Developed specifically for India, the Dream Neo is powered by a 110 cc engine and is claimed to have a fuel efficiency of 74 kmpl. Honda expects to grow by upto 150% in the entry level motorcycle segment with the thrust provided by the Dream series of motorcycles.
HMSI is aggressively expanding its dealerships to 2,500 from 1950 by the end of FY 13. Rival Yamaha is also developing a 100cc motorcycle which will be priced at around US $500 and will make Indian the global hub for low cost motorcycles.

Mr. Y. S. Guleria, Vice President – Sales & Marketing, Honda Motorcycle & Scooter India Pvt. Ltd., said, “Dream Neo is Honda’s most affordable and most fuel efficient two Wheeler in India. Loaded with attractive and best-in-class features like top mileage of 74 kmpl, it is being delivered at a truly aggressive pricing to delight Indian customers. Finally, Dream Neo is a package which is hard to resist by 100-110cc mass motorcycle customers.”

Here we have some Images from the launch event highlighting the USPs and features of the bike. Stay tuned for more hi-res, professional quality images 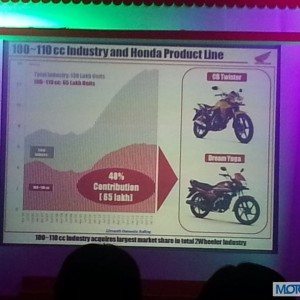 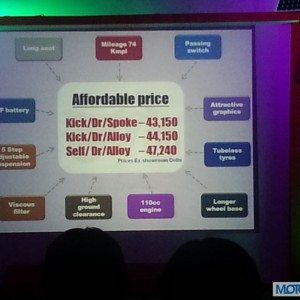 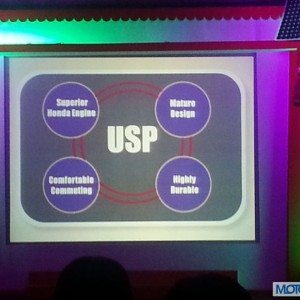 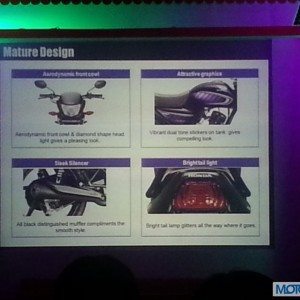 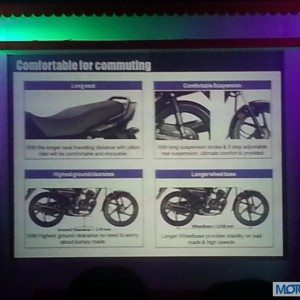 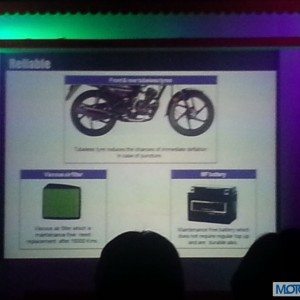 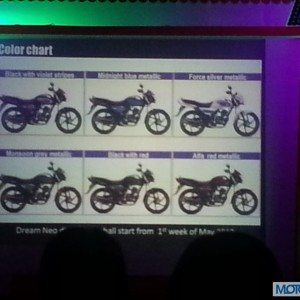 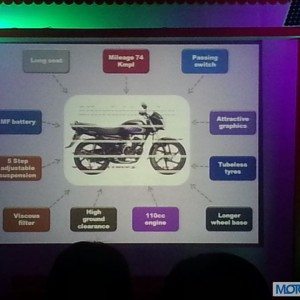 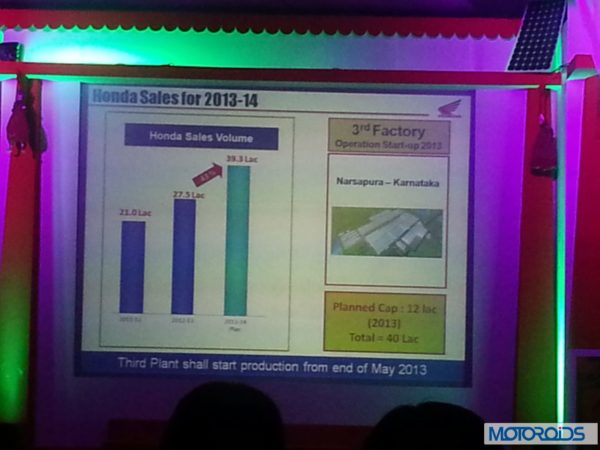 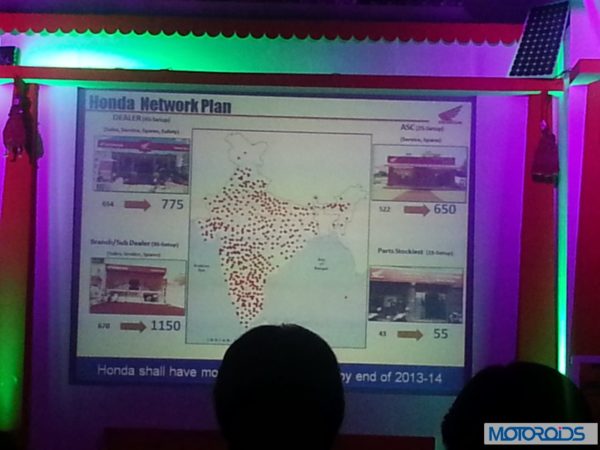 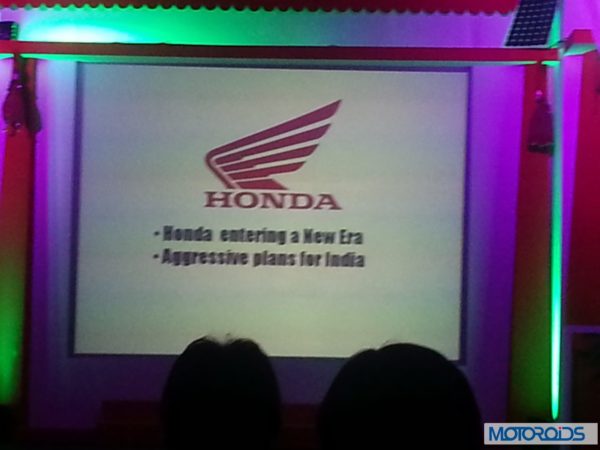 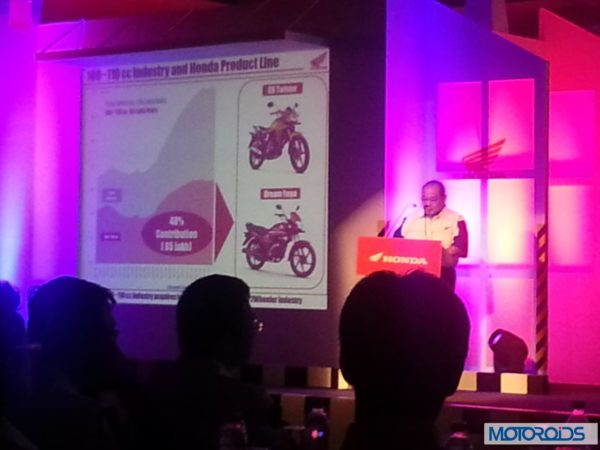 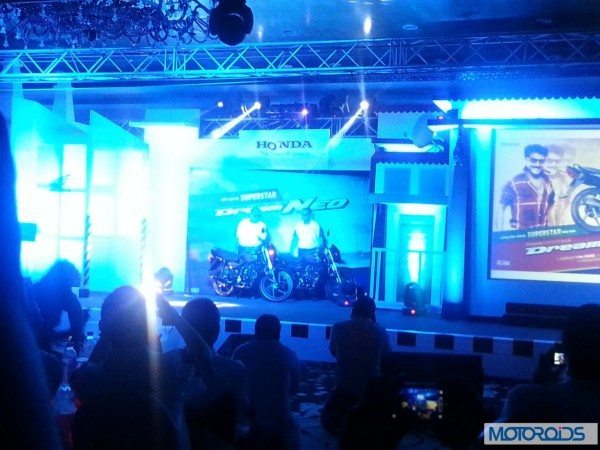 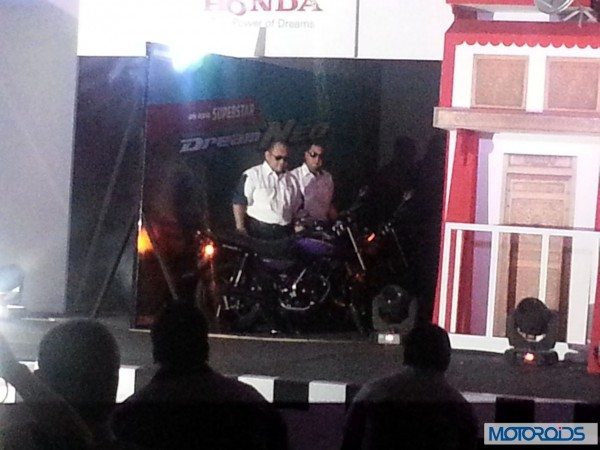 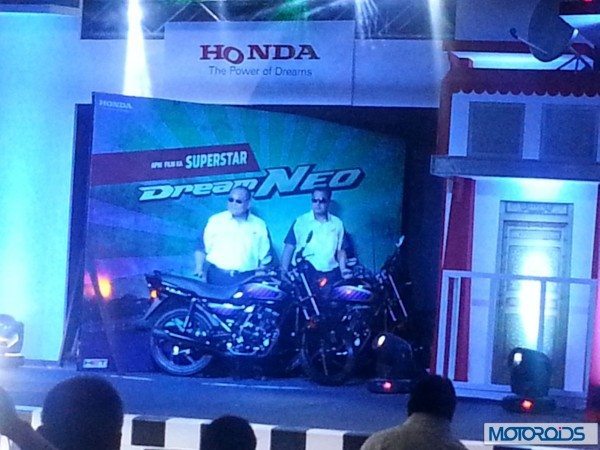 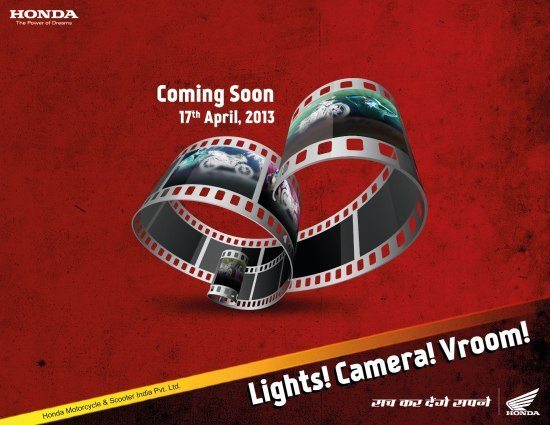 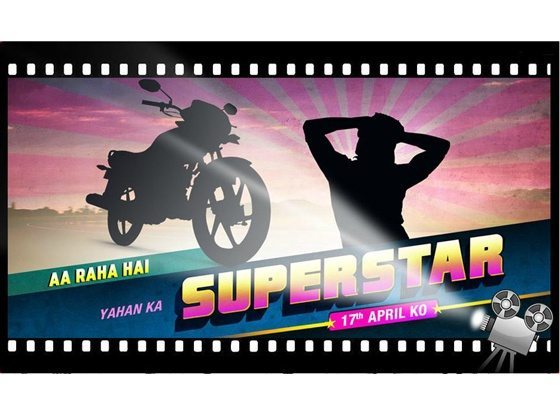