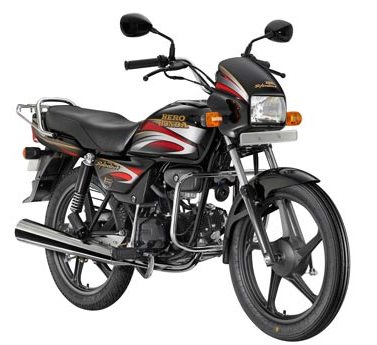 It has been quite some time since Indian bike maker Hero and Jap major Honda parted ways in Indian market. Back then, we had hoped that we will cease to see rebadged Honda bikes on our streets but we are still hoping for such products. Soon after the separation, we say Hero launching the Impulse off road bike, which again is a rebadged Honda. Then came the Maestro scooter, which again borrows a fair bit from Honda. Recently, Hero launched the Ignitor 125cc bike which is essentially a Honda Stunner. Now, in a recent development, it has emerged that Hero will soon cease using Honda name on its bikes. Come September  and Hero Honda Dawn will become Hero HF Dawn. The high selling Hero Honda Splendor will become Hero HF Splendor. It may be noted that while Hero has renamed all its dealerships and have done away with the Honda name, the products on offer still sport the Honda stickers. The first home grown motorcycle to come from Hero is expected to hit the streets in 2014 and it will make use of Hero’s technical collaboration with AVL, Austria and Erik Buell Racing.