Only a few days ago, we brought to you the spy pictures of the Hero MotoCorp dirt bike which was caught testing by one of the sharpshooter fans of ACI. Right from the moment the bike was sighted, various members from  donned their thinking cap and started analyzing the list of international models offered by Honda to find out which exact model lends its technology to this new bike. After all, Hero MotoCorp is still going to draw heavily from Honda till 2014. 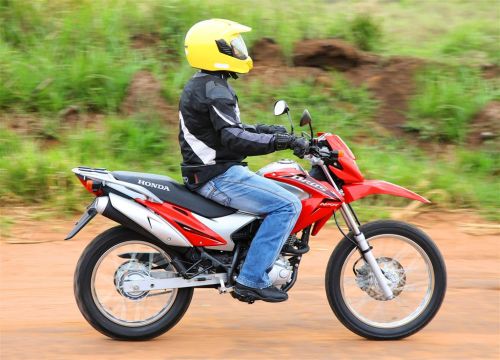 Comparisons were made with the CRF230, the CRF 150 and everything seemed to be making sense with no clear evidence or similarity in design. Before Deepak Dongre came out with his theory that is! Known as Pulsurge on Deepak virtually took the wraps off the test bike and introduced us to the Honda NXR150 Bros – the exact Hero MotoCorp bike which was caught doing the rounds a few days back. We have put the two bikes together for comparison – a look and you’d know why we are so confident that the two bikes are the same.

The NXR 150 bros is known for its easy steering, rugged built, low maintenance and great performance both on and off the road. It suits the customers who come across country roads often and require the ruggedness of a proper dirt bike. The bike sports an under seat exhaust for enhanced ground clearance. 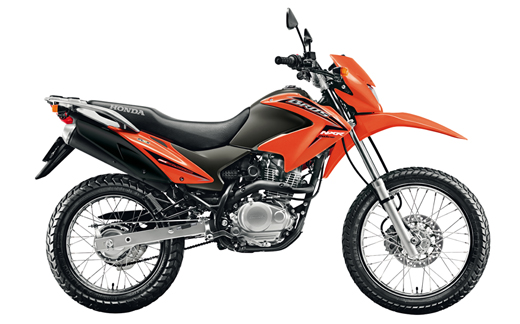 The NXR 150 bros is powered by a 149.2cc, four-stroke, single cylinder OHC engine, good for 13.8 bhp of power and 13.6 Nm of torque with PGM-FI. The Fuel Injection system, which is originally tuned to run both ethanol and gas, will be tuned for India. The engine has low friction components. The sturdy bike has a fuel tank capacity of 12 liters with a 2.3-liter reserve. The instrument panel has fuel gauge, odo, trip, turn signal indicators, high beam indicators and warning lights for Fuel Injection malfunction.

Suspention duties up front are taken care of by telescopic front suspension with 180mm travel. The rear end is suspended via a monoshock unit with 150 mm stroke. The high profile tyres have a vroad contact patch for optimum grip. The bike has 240mm disc brakes up front and 110mm dia drum at the rear.

For the Indian version, Hero MotoCorp seem to have been working hard on the design changes (ahem!). The most important and prominent of these is the saree guard. Then you have the all-important RVMs and rear mudguard, molded in a different shape (double ahem!). We are not sure whether any changes have been made under the skin, but these are the only two changes we could spot on the test bike.

Here’s the detailed specification sheet of the NXR 150 bros: