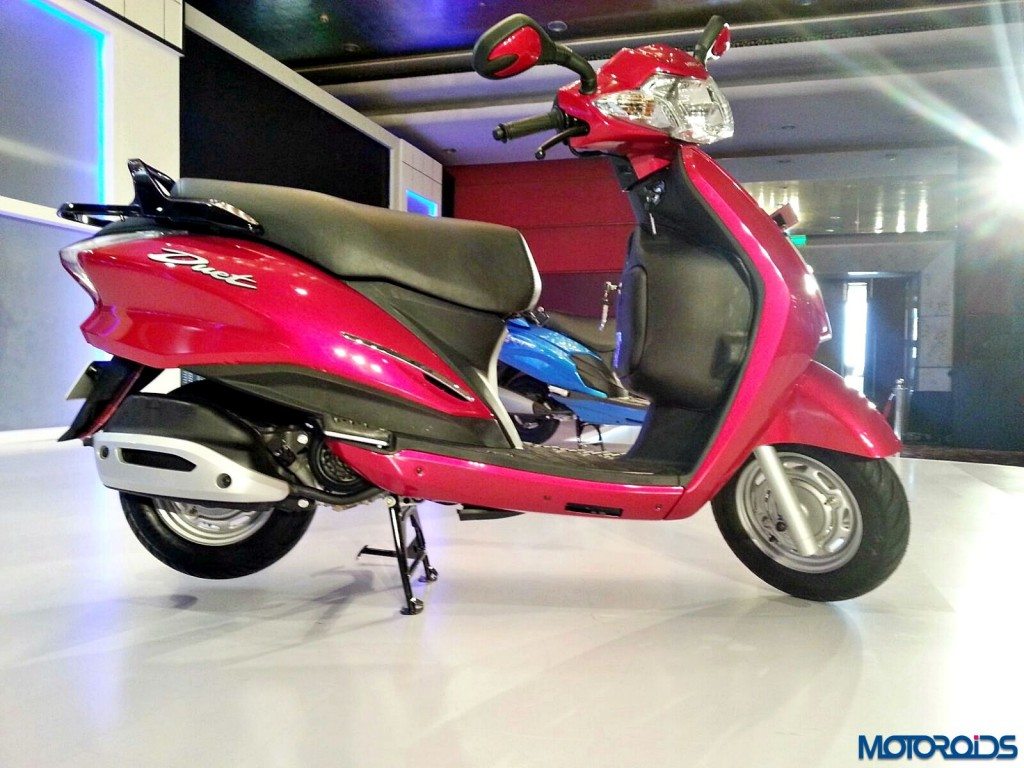 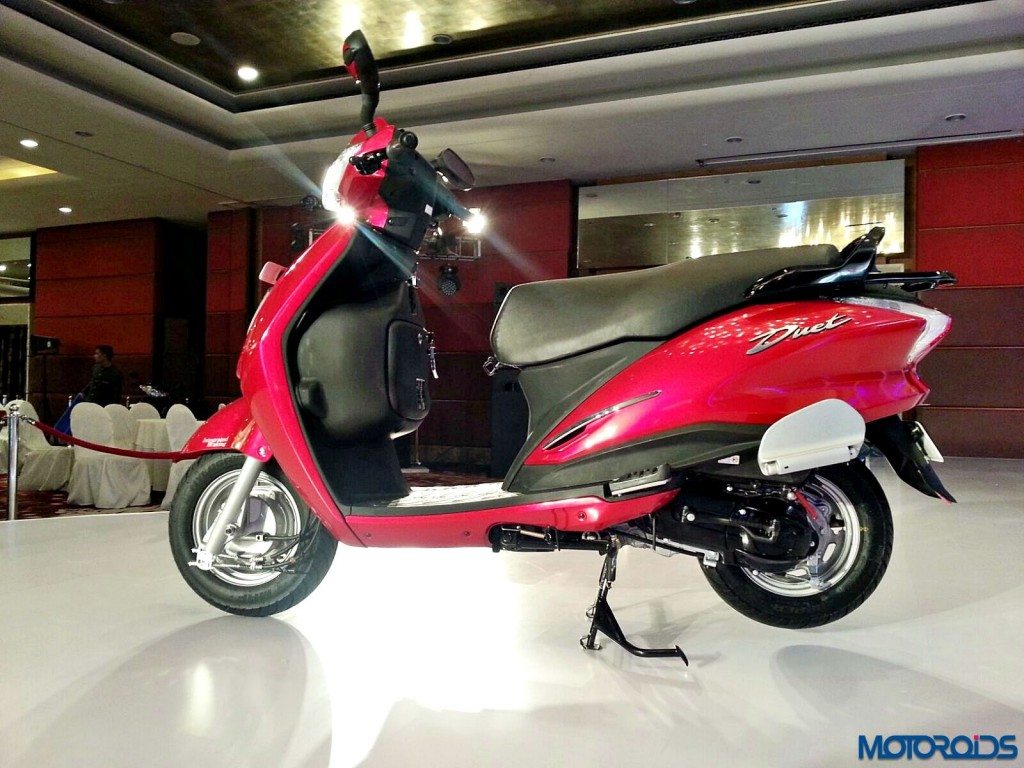 The new Hero Duet is powered by a 110cc air-cooled engine, the same unit that is found on the new Maestro Edge, delivering 8.31 bhp of power and 8.3Nm of torque. Hero MotoCorp claims that the new Duet will deliver an impressive fuel economy of 63.8 kmpl.

The new Duet will be available in two variants – VX and LX – and six colour options – Candy Blazing Red, Pearl Silver White, Grace Grey, Matte Nature Green, Panther Black and Vernier Grey (non-metallic). Hero MotoCorp has remained silent on the pricing front. The new Duet, along with the Maestro Edge, will be positioned against the much successful Honda Activa. But can these two new products capture the Honda Activa dominated market? With a long list of features and Hero’s well-spread service network, these two just might.

Do you agree? Share your views with us through the comments section below.