Home Hero MotoCorp Hero HX250R spied for the first time in India – Should we expect a festive season launch? 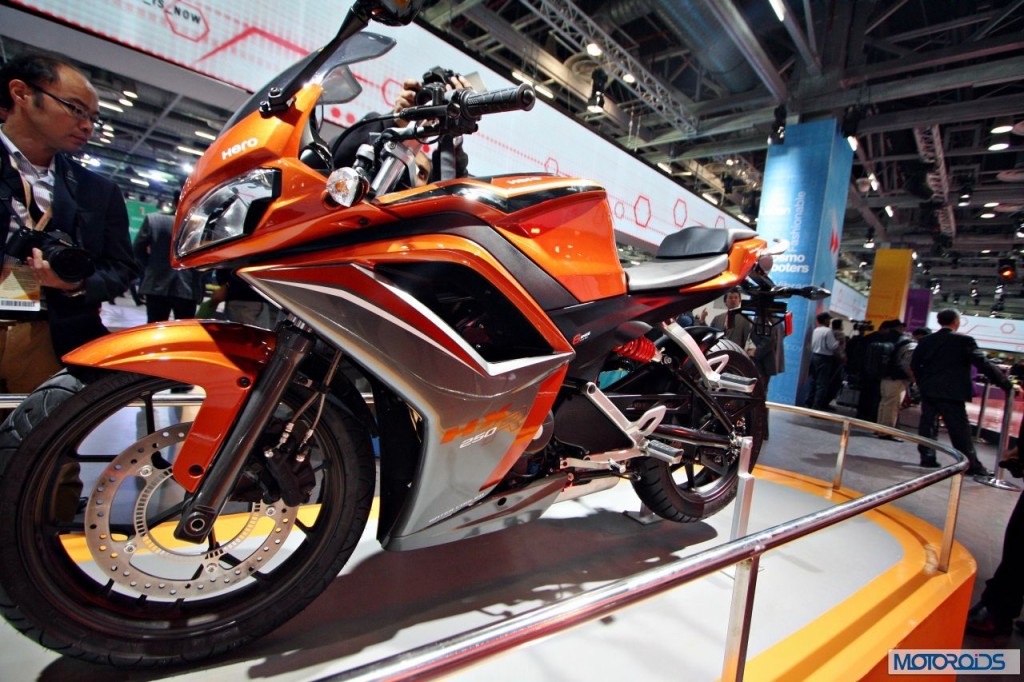 The hitherto-250cc Kawasaki Ninja has graduated to the 300cc segment now, while the new quarter-litre Yamaha never made it to Indian shores, also usurped by another 300-odd cc motorcycle. But the Honda CBR250R will not be left alone in the 250cc segment as the Japanese two-wheeler manufacturer’s former partner, now known as Hero MotoCorp, is almost ready with its all new quarter-litre motorcycle.

In case you just walked out of a cave or unfroze from an iceberg courtesy global warming, the HX250R is the quarter-litre machine that Hero showed off at the 2014 Auto Expo, taking everyone by surprise. Now, about a year and a half later, it seems like the Hero HX250R is in its final testing stages before it is unveiled for the Indian market. 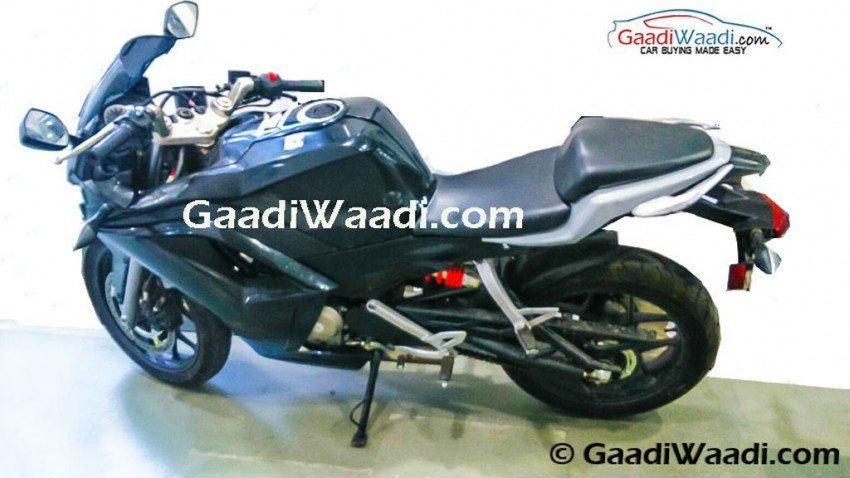 Not so pretty from this angle but the images from the 2014 Auto Expo say otherwise. Do you like it?

A unit of the new Hero HX250R was recently spotted, with absolutely no camouflage, but also without any body graphics which indicates that the launch of the motorcycle might be scheduled in the foreseeable future. So does Hero MotoCorp plan to cash on the festive season? That would be a win-win situation for the company as well as for the buyers and we really hope they do introduce the HX250R around Diwali this year. But that’s our optimistic view and there is a great possibility that the motorcycle may ride into the Indian market sometime early next year. 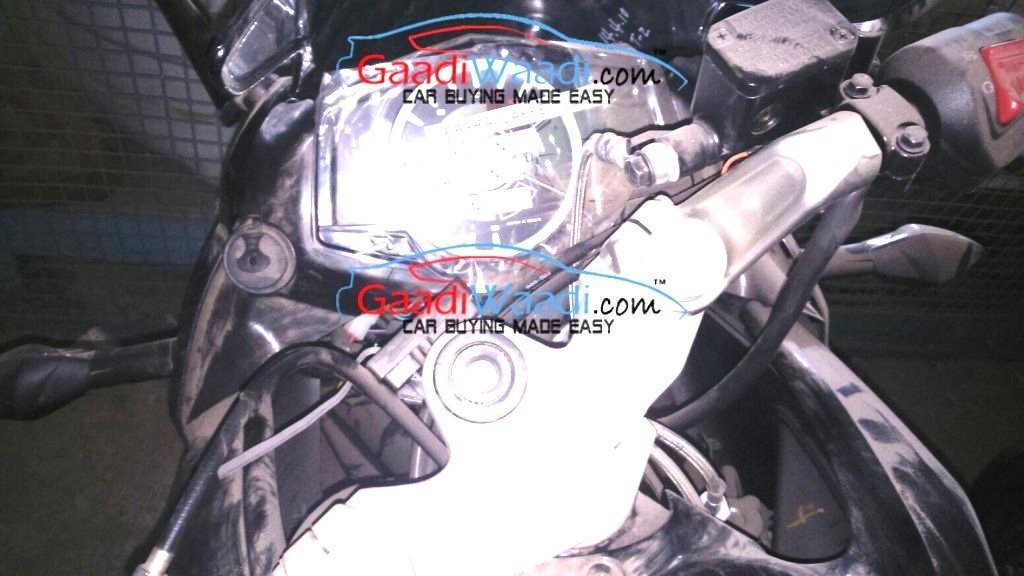 The camera flash ruined the instrument cluster. Luckily though, we have detailed images from the 2014 Auto Expo 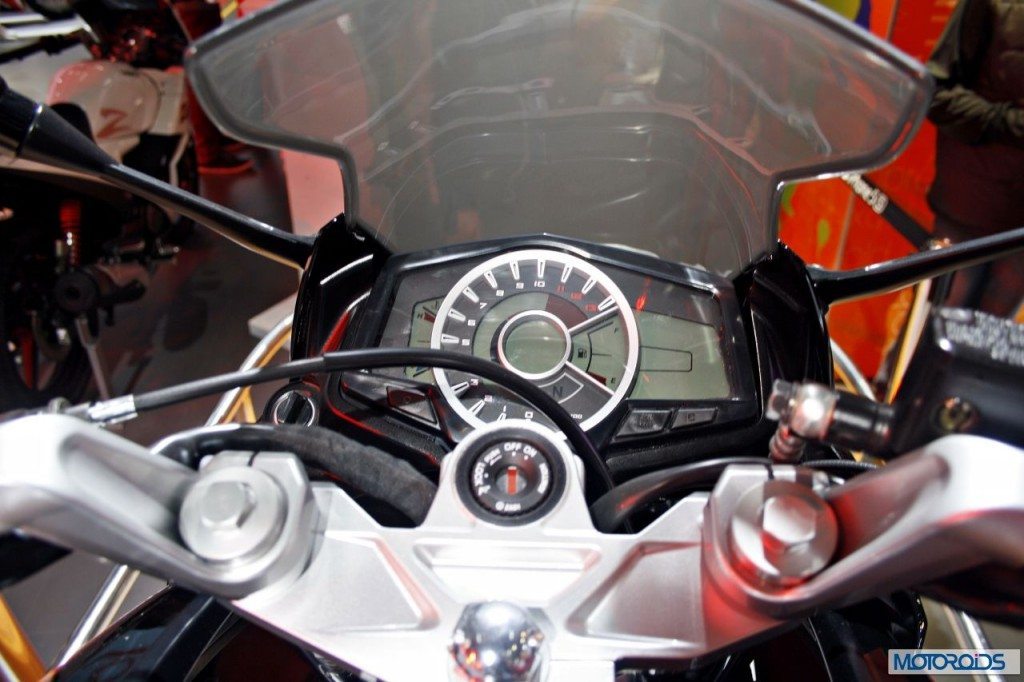 We are still curious to know if that’s a power outlet on the left side of the instrument cluster. What do you think?

Set to be Hero MotoCorp’s flagship (at least till the Hastur 620 is launched, whenever that is), the HX250R will come equipped with a 249cc fuel-injected, liquid-cooled, four-valve motor, which interestingly, has quite the square bore/stroke ratio more akin to a MotoGP motorcycle’s engine. The power output is rated at 31 bhp, with 26 Nm of torque and the engine will come mated to a six-speed transmission. 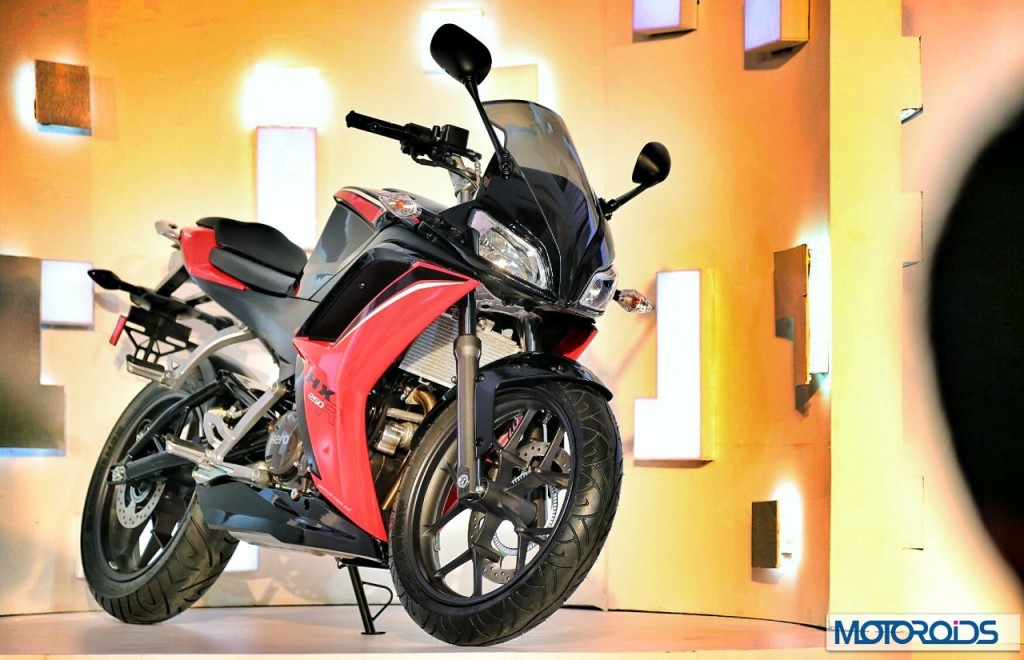 The pricing is a little difficult to comment upon as this will be an all new motorcycle. Considering that the HX250R will rival the Honda CBR250R, we expect the ex-showroom prices to hover around the Rs 1.5 lakh mark for standard, and approximately Rs 1.8 lakh mark for the ABS version, unless Hero intends to install ABS as standard equipment. But, more than the price – looking at this latest spy picture – we are rather worried about the family jewels of the rider in case of emergency braking because in all honesty, that fuel tank looks tall, really tall.