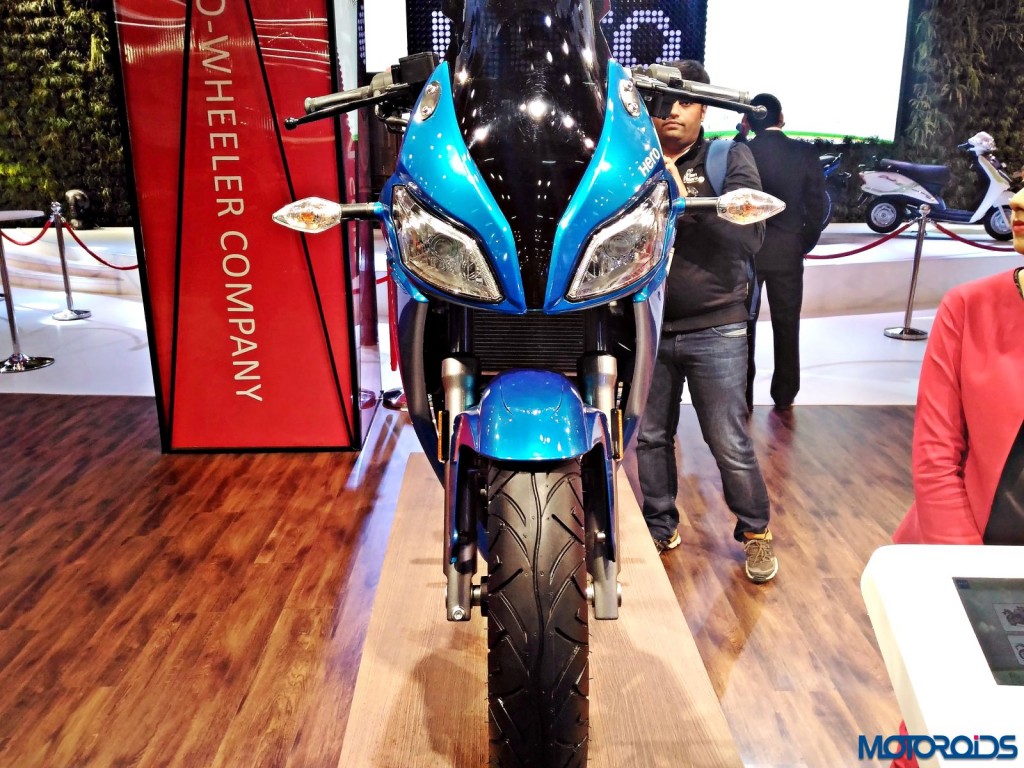 Powering the HX250 is a new 249cc single-cylinder liquid-cooled fuel-injected mill that is good for 31.4PS@9000 rpm and max torque of 23 Nm@7000rpm. The engine will come mated to a 6-speed gearbox which will help accelerate the quarter litre to a top speed of 165 kmph (claimed). the Hx250 will also be the first bike in its segment to come with two riding modes- City and Sport. The bike tips the scale at a mere 136 kilos which also contributes in achieving the aforementioned top whack. 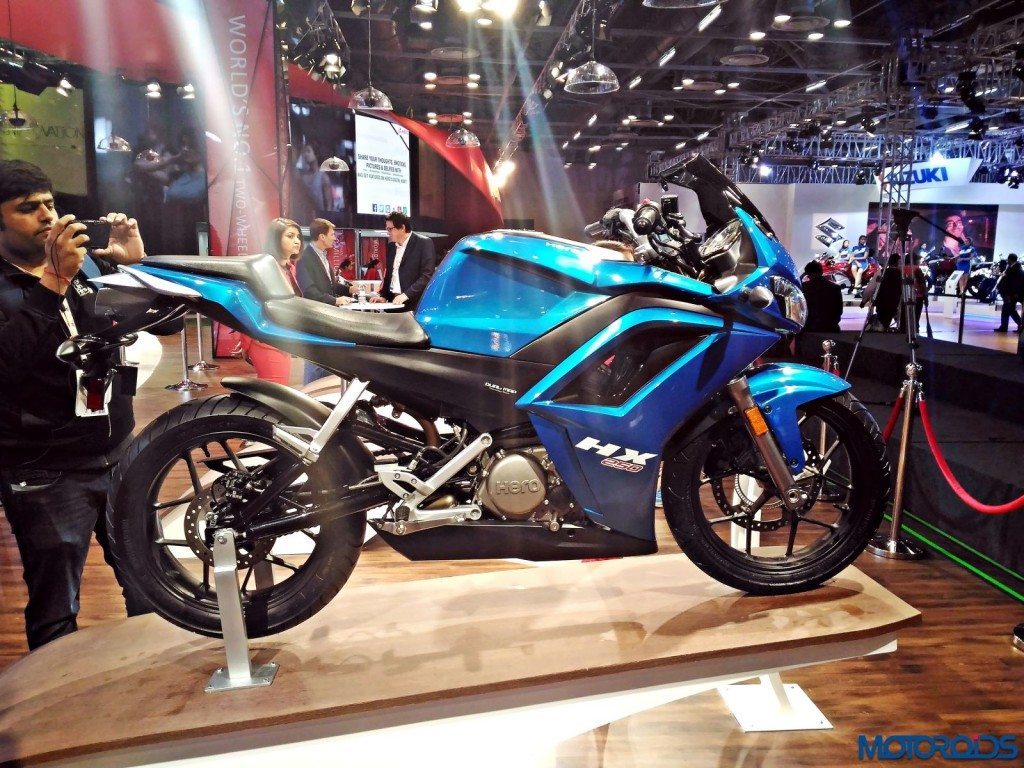 Braking duties will be handled by disc brakes which would include dual channel ABS but we are not sure weather the feature will come as a standard. Other details include two-pod headlamps with DRLs, underseat exhaust, split seat, clip on handlebars, semi-digital instrument console and premium Pirelli Sport Demon rubber. 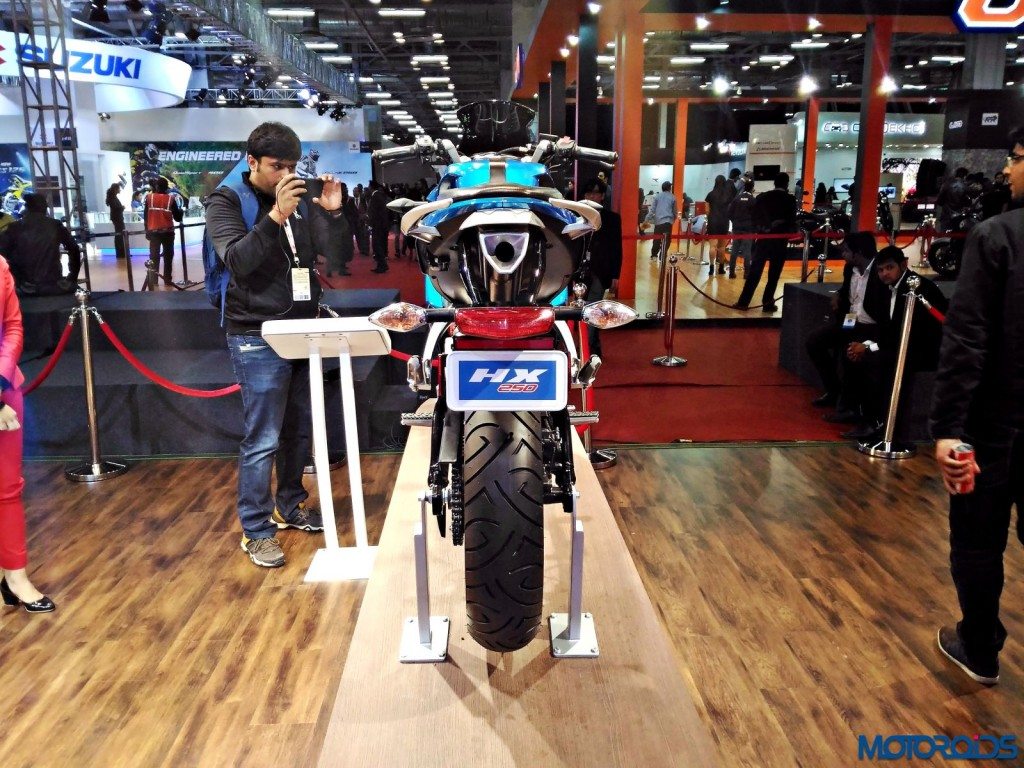 Hero Motocorp hasn’t revealed any timeline for the launch yet but we reckon the bike will be soon hitting the showroom floors. Stay tuned to Motoroids for more dope on the Hero HX250 launch.