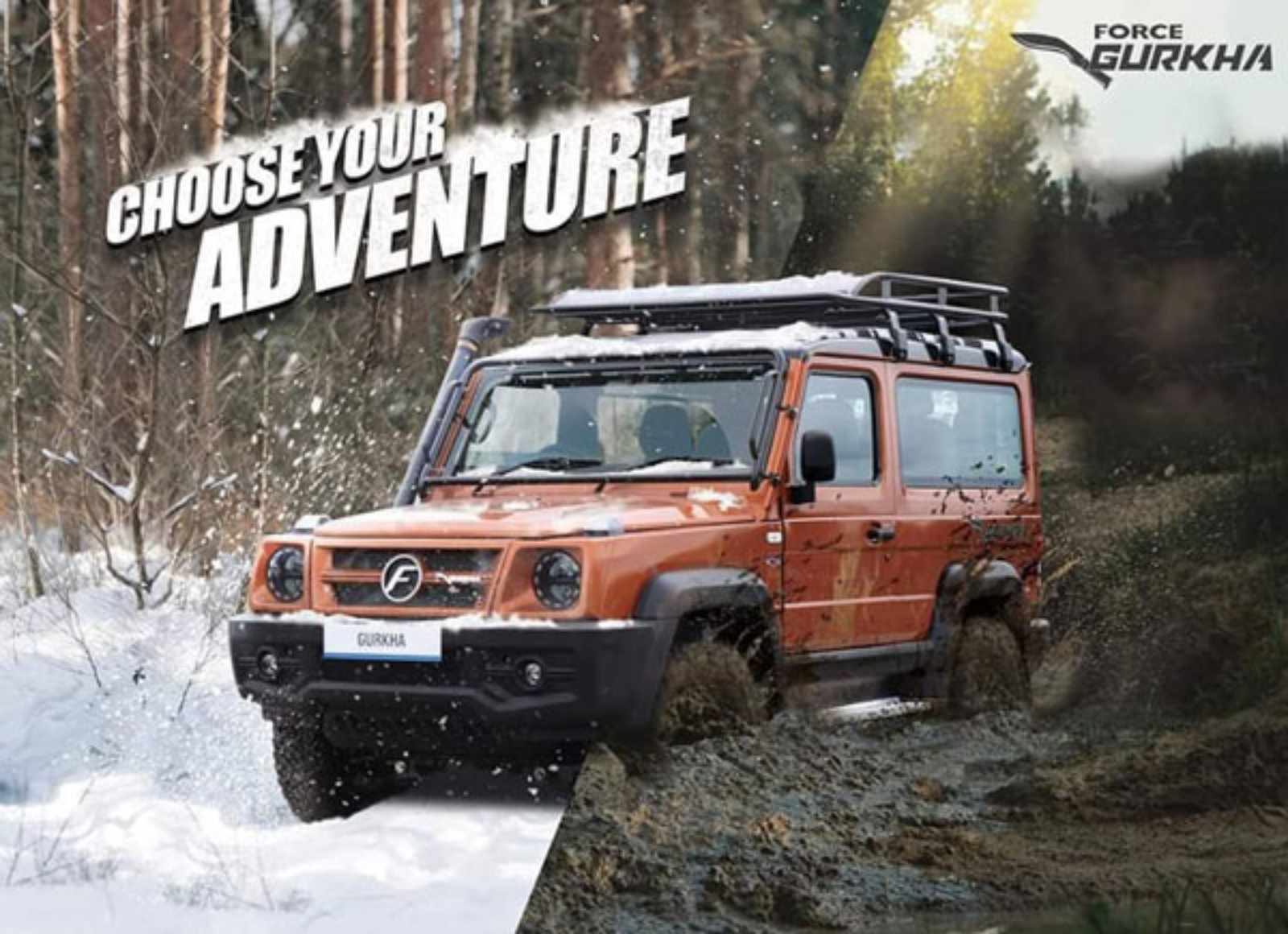 The Auto Expo 2020 witnessed many interesting unveils and among them was the BS6 Force Gurkha as well. The Gurkha is quite popular among hardcore SUV fans for its ruggedness and off-road driving dynamics. It was slated for an official launch at a later date in 2020 itself, but then someone decided to eat a bat. It is 2021 and still, there isn’t any word regarding its official launch. It has been spotted testing time and again but now we have something more concrete with us. Automotive leaks are becoming a new trend and the BS6 Force Gurkha has fallen prey to it too.

The final production-spec model has now been leaked in what seems to be an official brochure image. 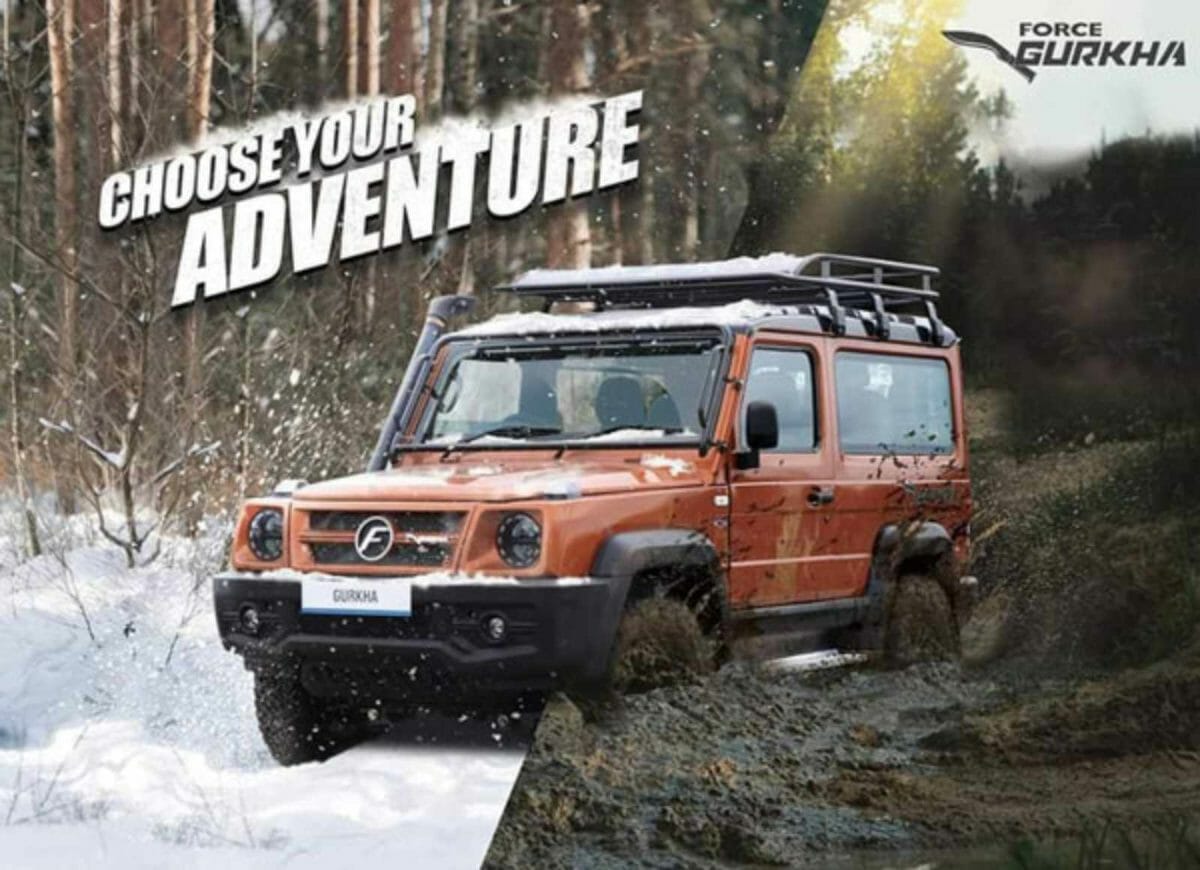 Talking about the updates, the exterior seems untouched and is largely carried over from what we witnessed back at the Auto Expo 2020. Upfront, the tall and boxy stance is hard to miss. Cumulatively, the front is without a doubt designed by someone who loves the Mercedes G-Wagon. The round housing for the headlamps, a large Force logo in the middle, chrome elements running across are all reminiscent of the G63. 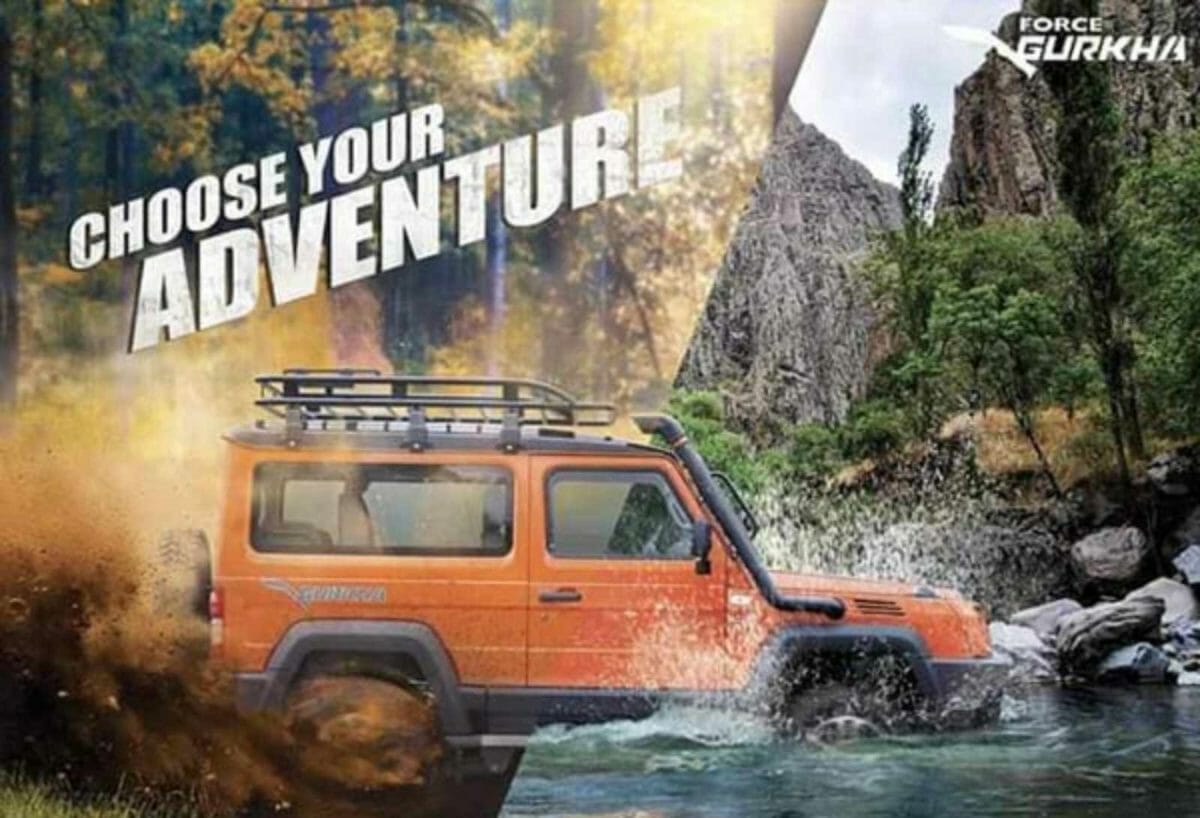 On the sides, it features 16” alloys wheels and some really rugged body cladding making it look nothing but business. The rear is expected to house the spare wheel, a narrow ladder and a carrier at the top. And how can we not talk about the Orange shade it will come draped in? It will definitely manage to attract a lot of eyeballs and we cannot wait to see the orange shade getting stained with mud.

While the leaked brochure images only reveal the exterior of the vehicle, previously circulated spy shots have blessed us with some key details of what we can expect from its cabin. On the inside, the story is actually quite nice. It gets majorly redesigned elements like a new dashboard but with a utilitarian charm.

It gets circular AC vents finished in glossy black. It gets a touch infotainment system on higher trims and the spy shot reveals a 2-door Gurkha with longitudinal benches and a hardtop.

Mechanically, it should be powered by a 2.6L, 4 cyl Common Rail Direct Injection ( CRDI ) engine which puts out 90BHp and 260Nm of peak output figures. 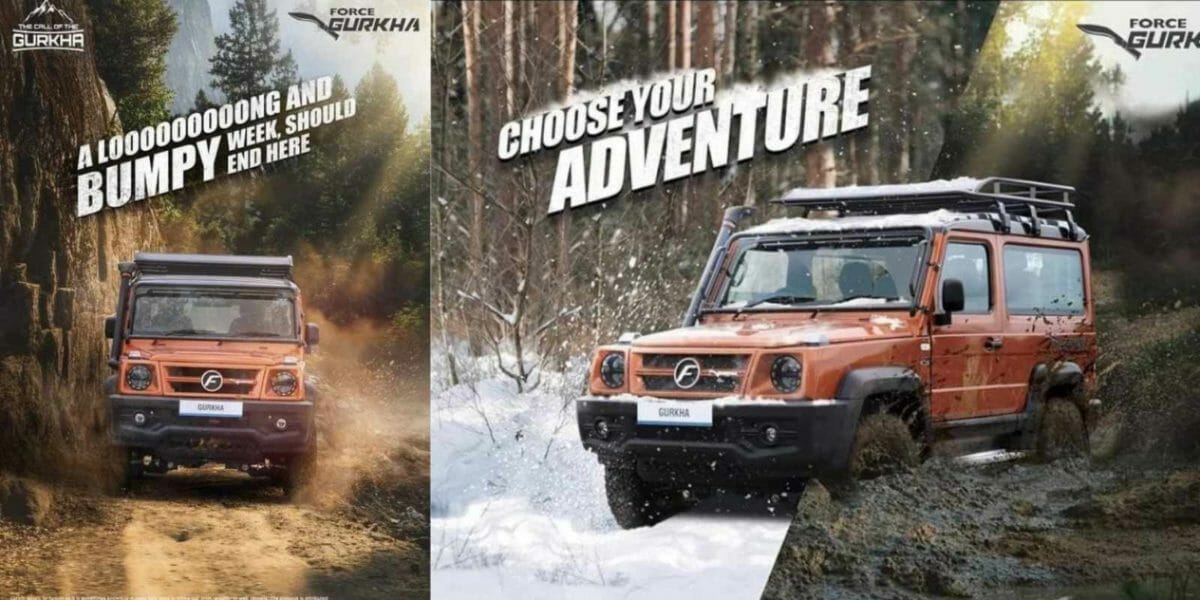 It comes mated to a 5-speed manual transmission. The Gurkha could also feature manual-locking diffs. Force could also introduce 2.2L diesel propelled Gurkha with more power at a later stage.